Minecraft’s food selection has remained rather stagnant for many years now. Players have a choice between classic Minecraft meats like pork chops and chicken, with some mods offering additional crops as well to extend their diets even further into the game’s lifespan; but players will be happy to know that certain mods can improve or expand upon what is offered in-game by adding new items such as mushrooms! 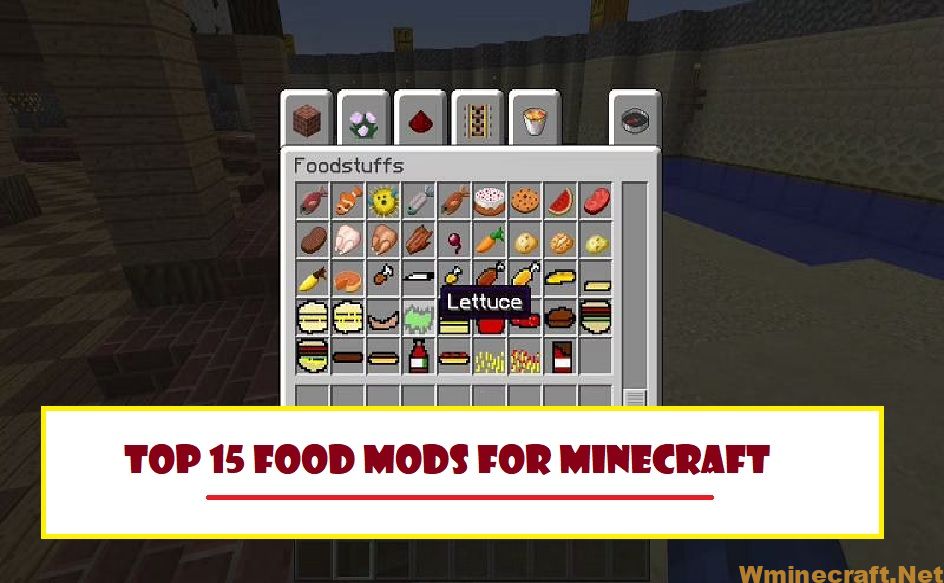 Have you been waiting for the next update? Don’t worry, we have some good news. The release date of Minecraft’s major revisions has finally come out! 15 mods that will make your experience more exciting in April 2021 are listed below: 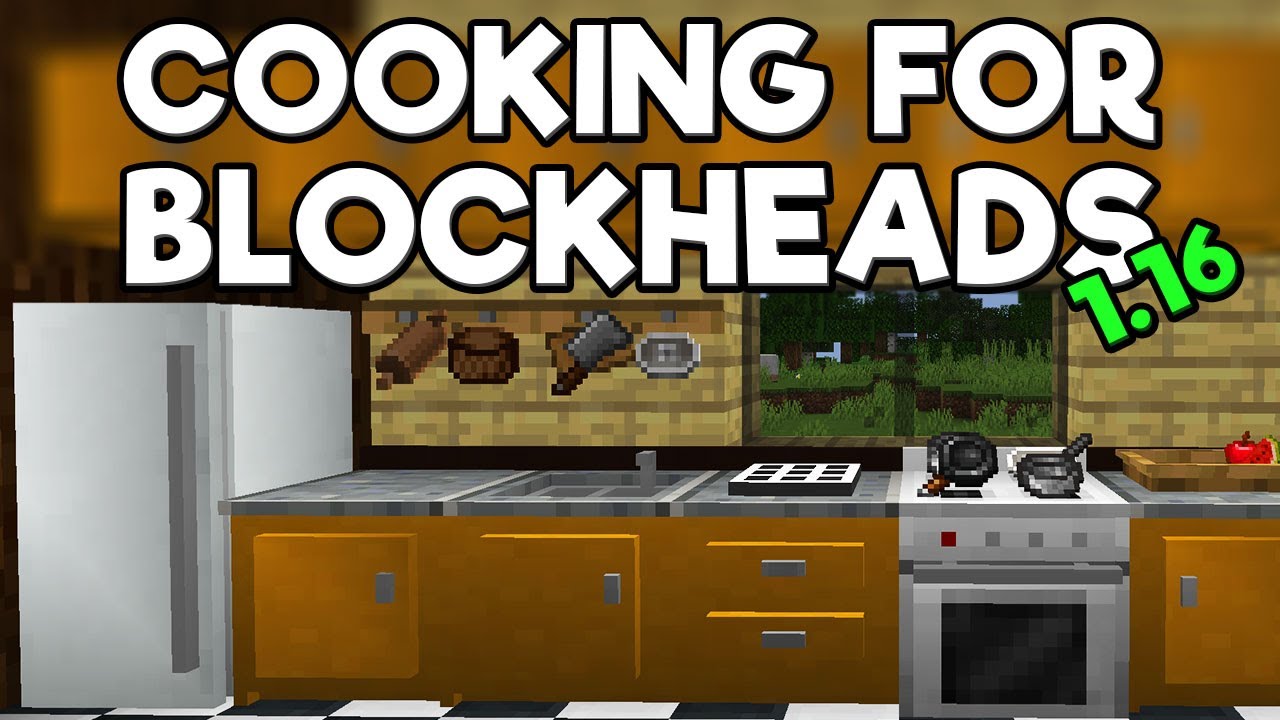 Making dishes for the Blockheads is a cooking and kitchen design mod that adds some new recipes to minecraft. What makes this great, besides its in-game recipe book which lets you cook up food without scrolling through long vanilla lists of meals or ingredients? You can always use your created dish at anytime!

There’s so much for Minecraft chefs to explore in this mod. Whether they’re interested in new recipes, ingredients, or cooking tools, players will have a blast with this mod. To download Cooking for Blockheads click here.

This mod is great for players who are bored with the vanilla Minecraft food options. It’s also great for playing on servers with friends as well. To download Pam’s Harvestcraft 2 click here, and for earlier versions of Minecraft click here. 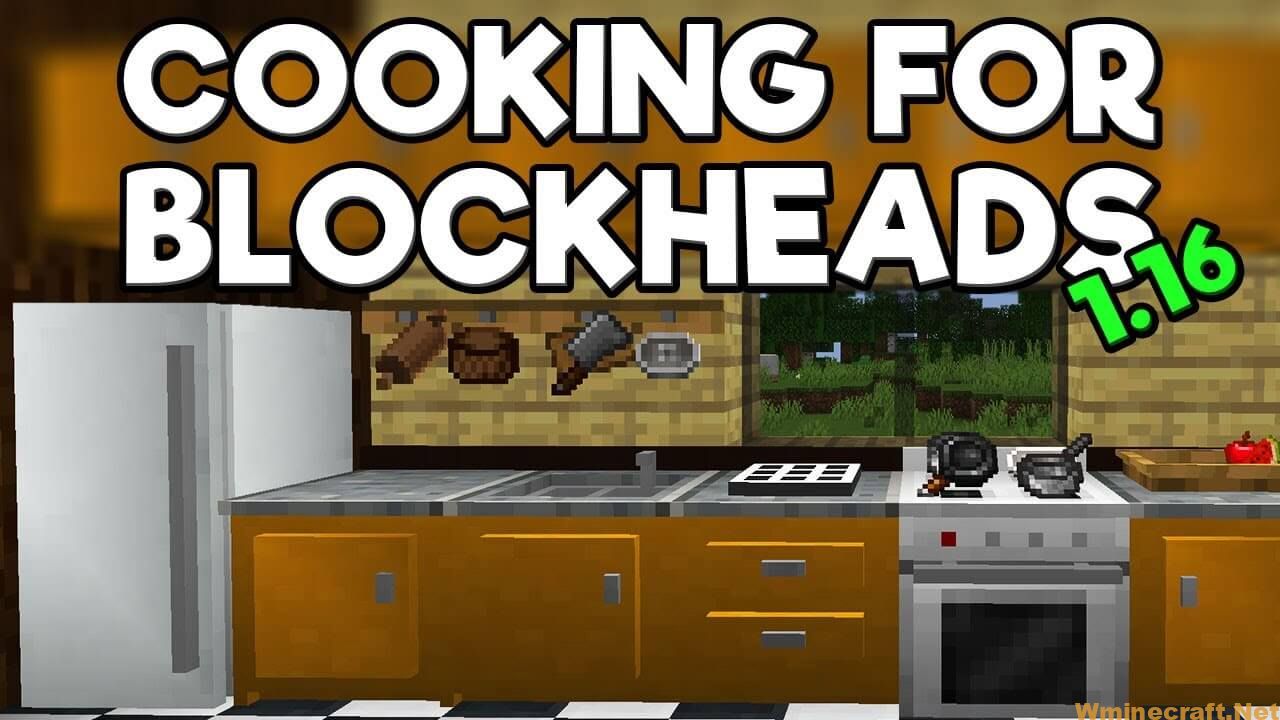 Pam’s Harvestcraft 2 is a mod that 120+ new food for Minecraft players to try out. To create the lot of these foods, you will require tools like mixers and grinders which are added by this package in game-play; some examples include mac n cheese cups or grilled sandwiches on toast! There was also an addition related with eggs – scrambled ones can now be made easily using skillets as well as frying pans while baking cakes at home just takes saucepans so it’ll never get boring again if your usual breakfast has always been oatmeal + bacon but today we have fried chicken instead 🙂 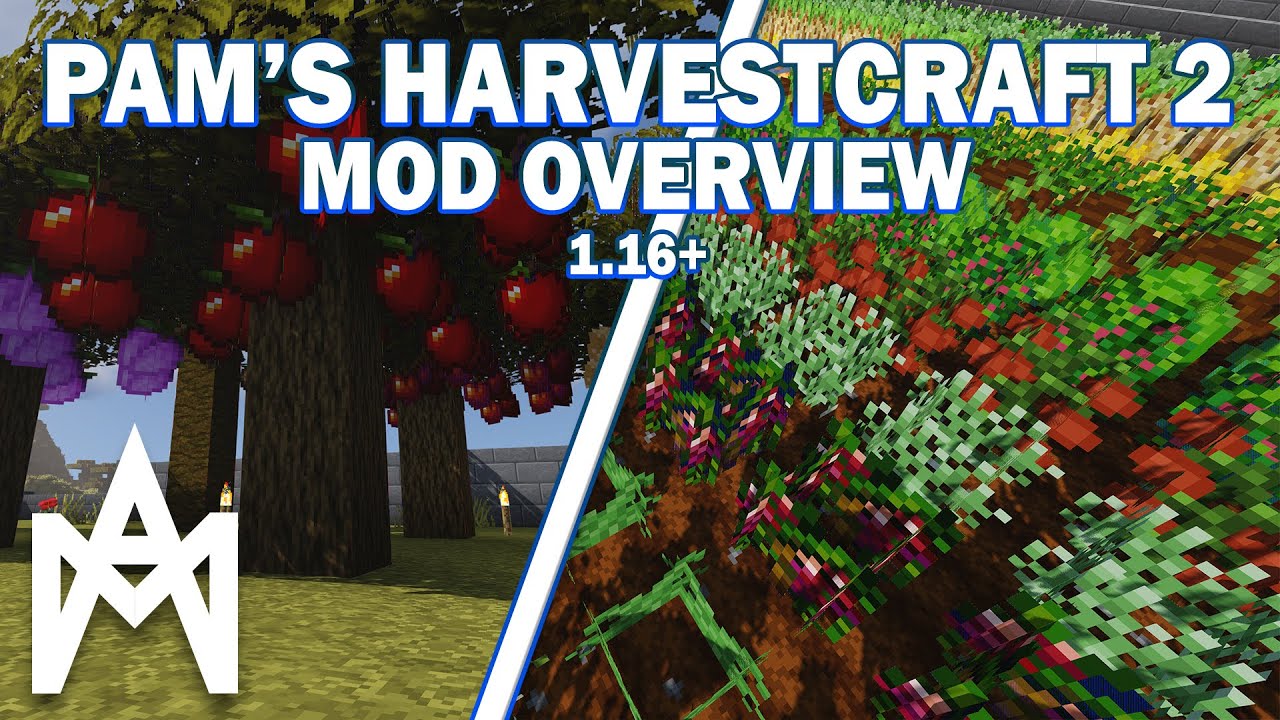 This mod allows you to build your own tasty sandwiches and stews out of any food item that is lying around in-game. It’s perfect for those who love cooking! 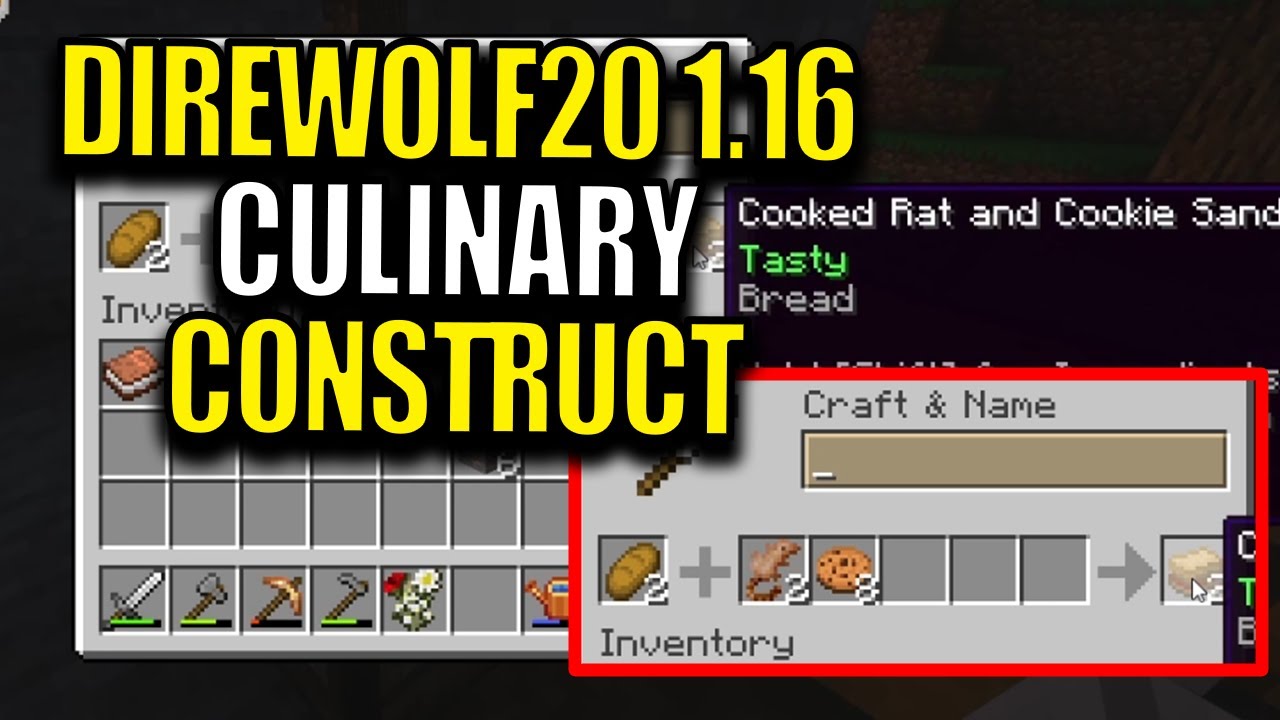 There are an incredible amount of options that players can choose from here. Players are able to make large or small sandwiches, and if a player uses more than 10 ingredients the sandwich may be at risk of splitting into smaller sandwiches.

Culinary construct mod adds to the scale of how good tasting each sandwich is. Since players can add anything into a sandwich that they want, the sandwich will be rated on the disgusting to delicious scale, and depending on the food’s quality it will start to affect the amount of health points a player receives for eating food. 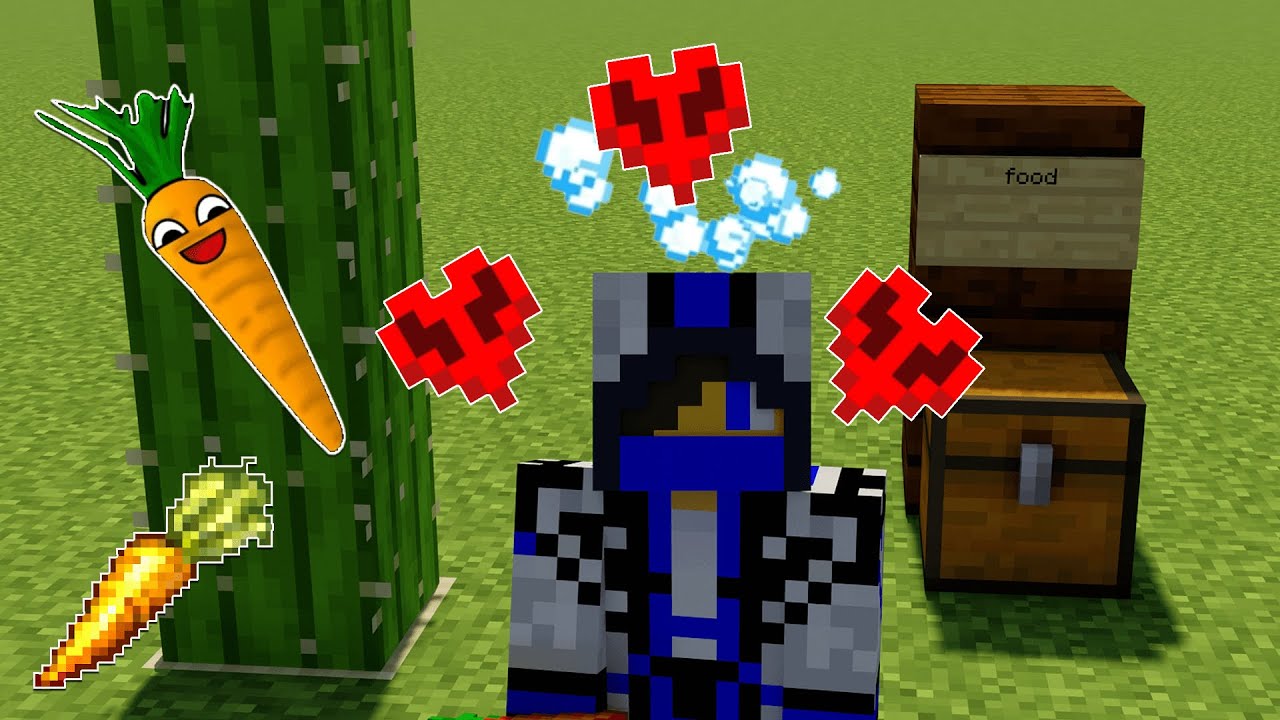 This mod allows you to build your own tasty sandwiches and stews out of any food item that is lying around in-game. It’s perfect for those who love cooking!

The spice of life mod also has other variations, like the spice of life: carrot edition which rewards players for eating diversely as opposed to punishing them for not. These two spices of life mods can even be used together.

There’s another spice of life mod: the potato edition, which takes the carrot edition one step further and adds in all sorts of complex rewards for players with diverse diets.

This mod isn’t necessarily for those Minecraft players looking for new foods, but more so for players who are bored with Minecraft’s food and hunger mechanics. Players who want to download the spice of life mod can click here.

Food expansion: reimagined is a mod that greatly expands the recipes and food in Minecraft. This mod adds bacon, fried eggs, chocolate chip cookies with milk or ice cream toppings to your heart’s content!

Some fun things in this mod are the weirder food that it adds. This mod adds forbidden fruit, cooked bat wings, Nether wart soup, and so many more intriguing oddities.

This mod also adds some new food drops from horses, squids, wolves, and llamas to name a few. 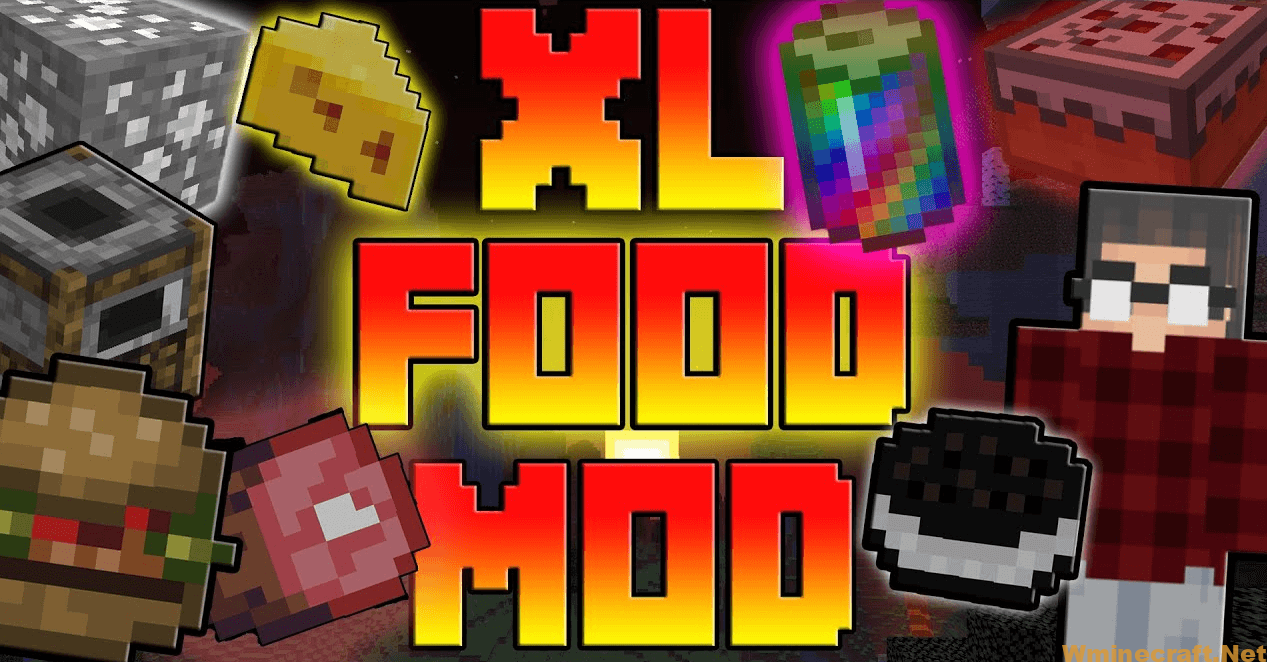 Some of the most well-known Minecraft mods involve food in some way. The Foods mod is not updated, but it’s far from being alone: there’s also tons to choose from when it comes to adding meals into your game! As an added bonus you can make anything taste good with this collection–it doesn’t even need Nommu (the creators) expertise or permission first; just ingredients scribbled onto paper somehow found their way through unknown means…
There are lots and lots on Food Mods available these days 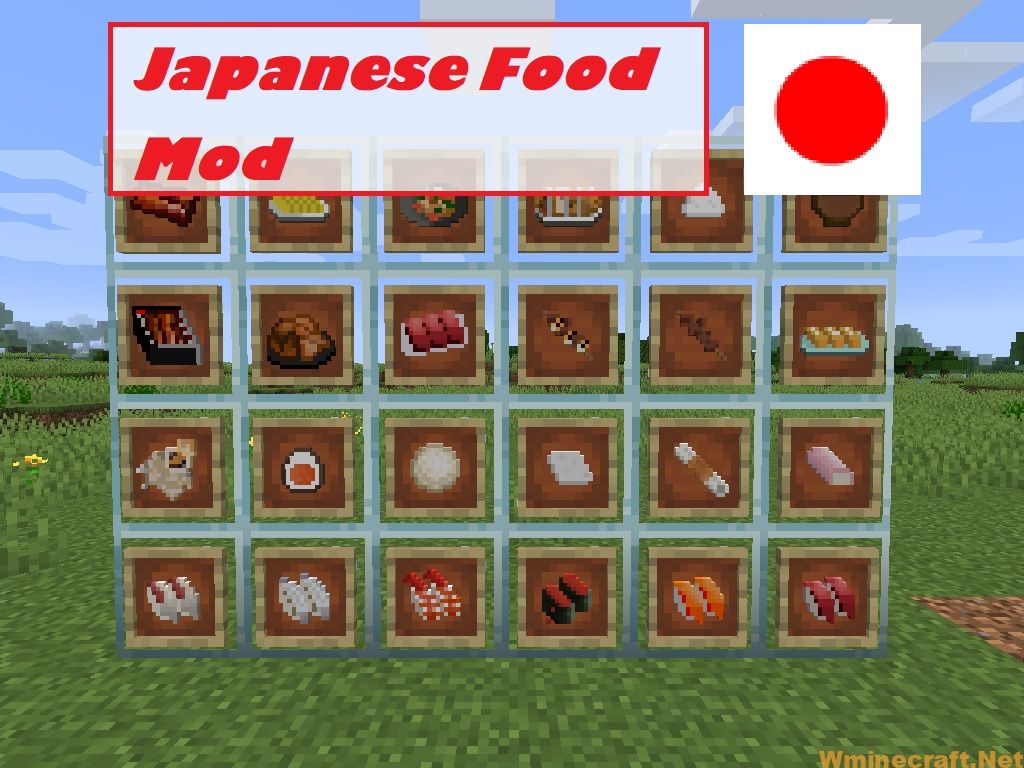 The Japanese Food Mod 1.16.5 ->1.15 brings a fresh new twist to the game by adding dishes such as Tonkatsu (deep fried breaded pork cutlet), sushi, rice balls and more!
This mod works with any version of Minecraft that has been updated up until 1 February 2018 when it was last update released for Java Edition only so be sure not miss out on this chance if you want your own little taste from Japan while playing in minecraft 🙂 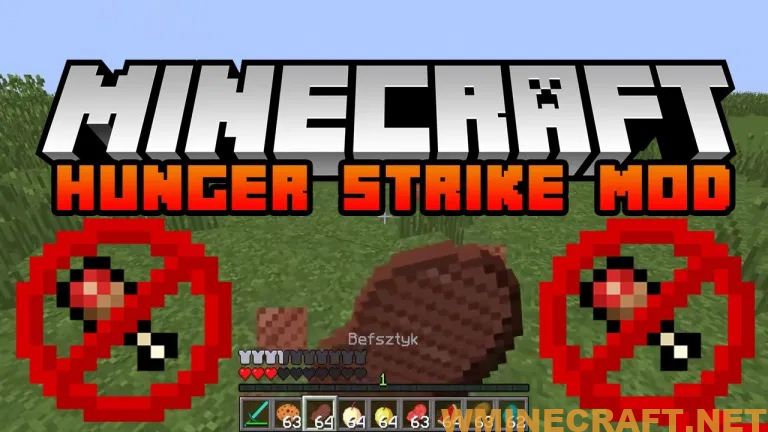 The mod allows you to play the game constantly

Hunger Strike Mod is a Minecraft mod that can help you play the game without worrying about food. Players normally focus on building villages, collecting materials for weapons and armor too much – this leads them not having enough time to eat before continuing their work in other aspects of gameplay such as trading or exploring new areas near home . With Hunger strike installed though these worries are gone because your character will automatically scavenge from nearby sources when they need energy (and if there isn’t any around then it’ll just wait!)
Download>>>> Hunger Strike Mod 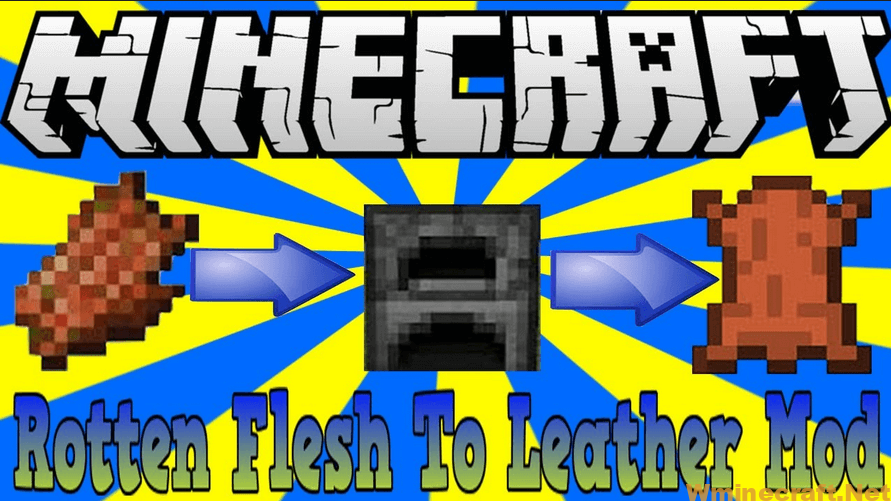 A new mod has been released for Minecraft which promises to add a twist on the basic idea of using rotted meat as skin. Instead, players will have access not only their own custom skins but also an entire roster full with different types and styles such that they are sure never run out creativity when coming up with designs! The Just Another Rotten Flesh To Leather Mod offers many opportunities so take some time before downloading this exciting update today.

#10 – Enhanced Farming Mod that You Should Experience

The Special Features of Enhanced Farming Mod [1.17.1/1.16.5]that You Should Experience 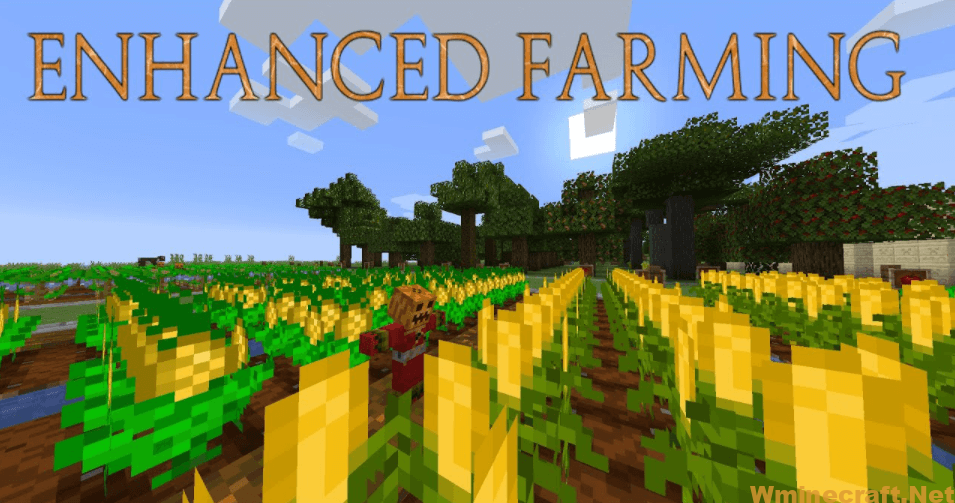 The Enhanced Farming Mod adds more aspects to your Minecraft game. You can now get creative with how you farm, thanks this new update! In this article I’ll be sharing some of the best features and ideas from the latest version which is packed full of goodies for farmers everywhere out there in all sorts-of different environments who want something unique or just need help getting started on that adventure they’ve been dreaming about since childhood
The first thing most players will notice when installing it’s worth checking out “New Game+. This option lets beginners start fresh while still keeping their saved data if desired; making farming less stressful than ever before because. 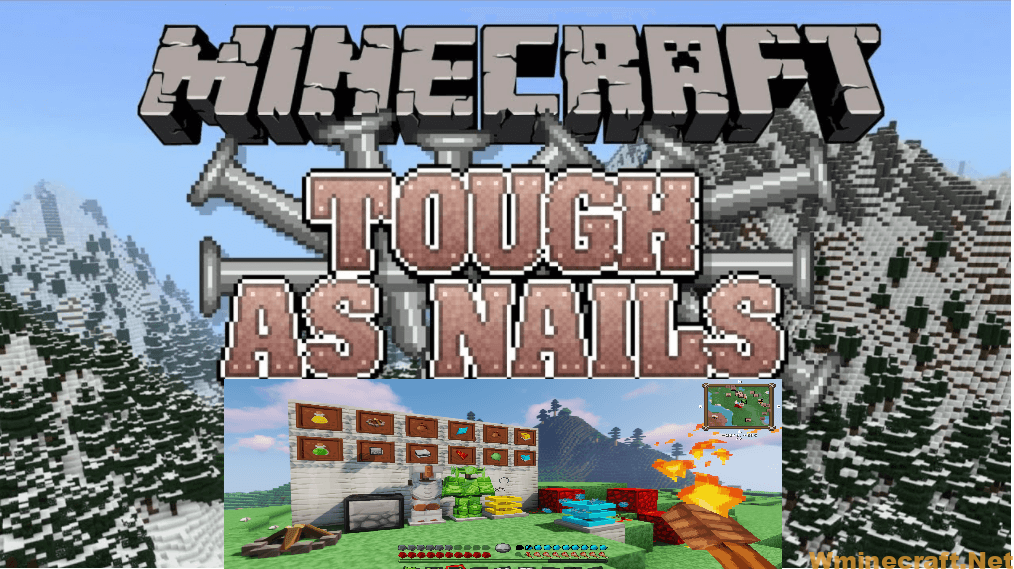 Tough As Nails Mod 1.17 is a mod in the Minecraft game with an anti-survival theme, adding new elements such as thirst and body temperature to help players have many experiences when they are no longer interested or feeling challenged by familiar tasks after playing for some time on their own without any outside interference from other people
A new update has just come out for “ToughAsNails” which includes even more features that can be enjoyed both solo offline mode but also online multiplayer at events like Let’s Play Live!. This means you don’t need another human player around! 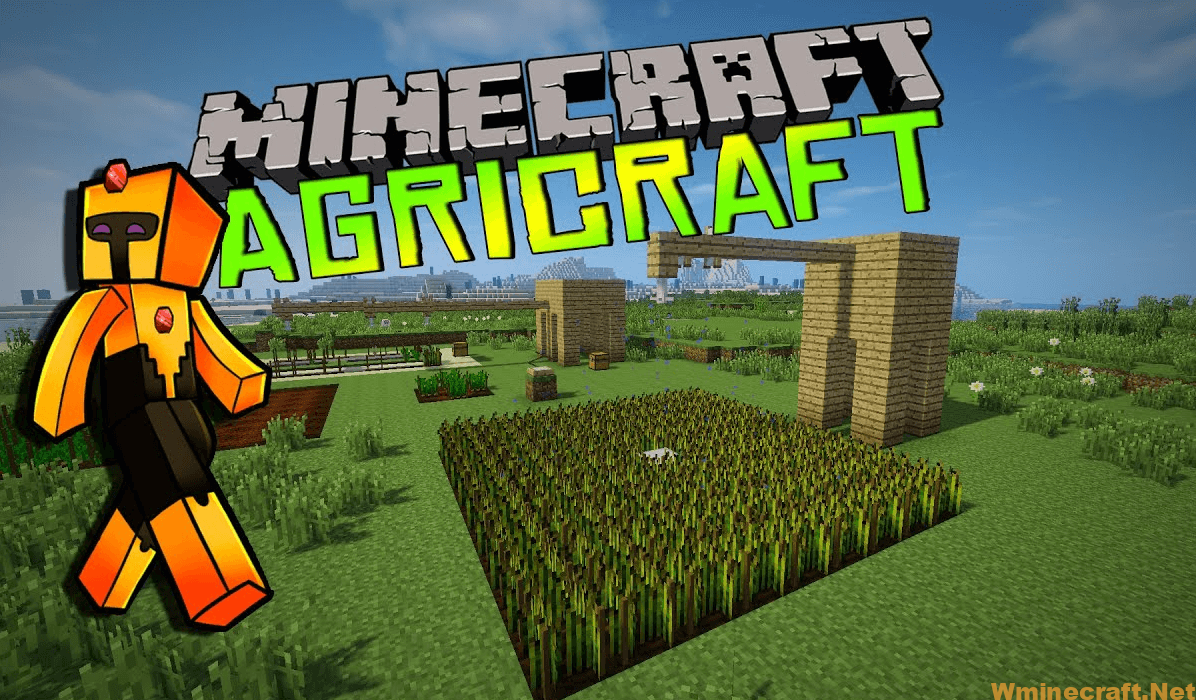 People who love Minecraft are always looking for new ways to make their adventure more exciting. For those players, AgriCraft Mod could be just what you need! The mod provides a way of breeding crops and crossbreeding them in order mutate into unique types using an assortment or DNA points obtained by killing various mobs on the game’s map – all while working at your own pace without any limitations from other users! 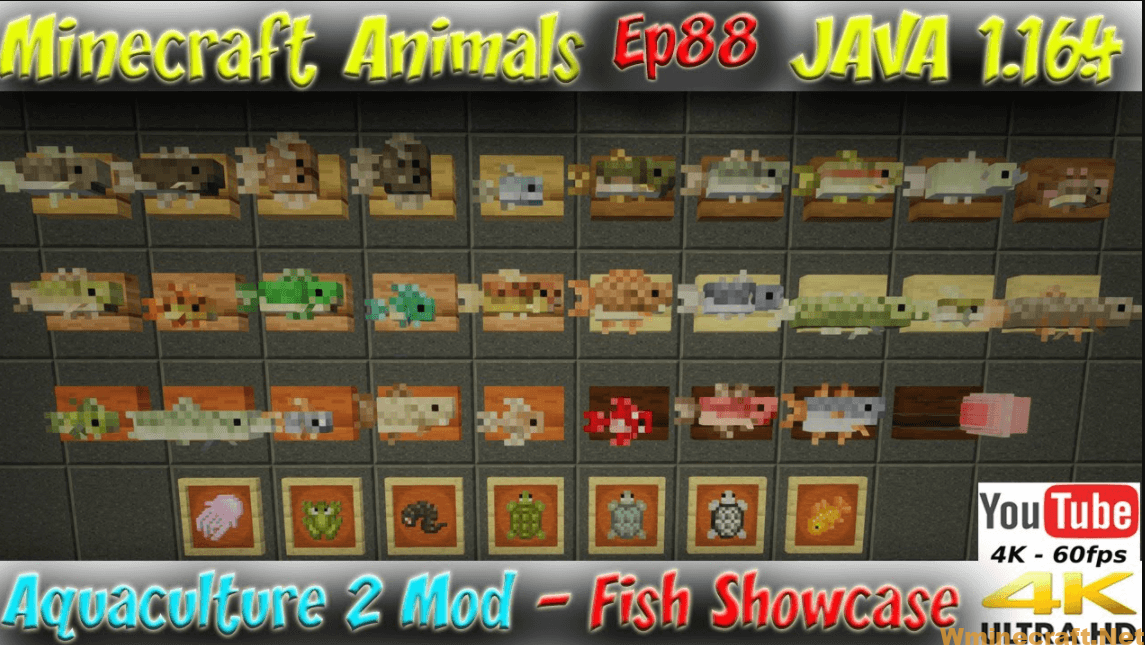 Aquaculture 2 Mod has more than 30 new fish to catch, including some that can only be found in the ocean. You’ll find all different types of food and armor as well!
Aquarium mining with this version is easier now too because there are no longer any requirements for level grinding or crafting materials before you start fishing again- it just works like magic!. 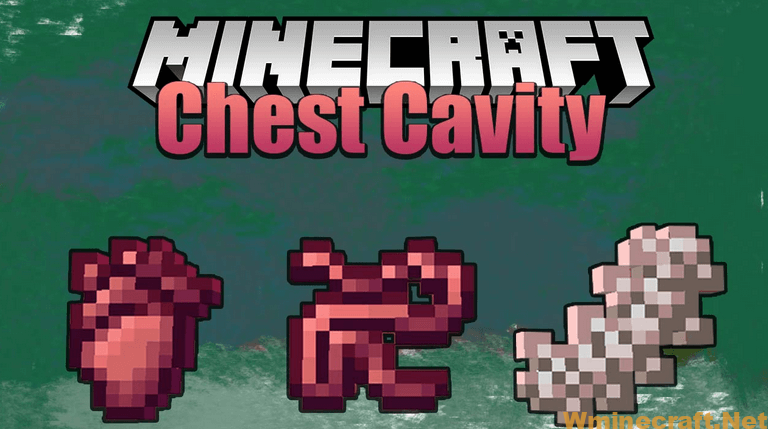 Some enterprising Minecraft player has created a way to store things in their body! They call it the “chest cavity” and this new storage system will be available with version 1.17/1.16 of Chest Cavity Mod for PC (and maybe Xbox One). The interesting part is that you can cut yourself, other entities like zombies or Endermen – even horse skeletons if they have been killed by weapons such as swords-to place blocks inside them without any need to remove anything else first; just make sure there’s room enough left over so nothing gets deleted too quickly when trying places different types together because I think some might not mix well… 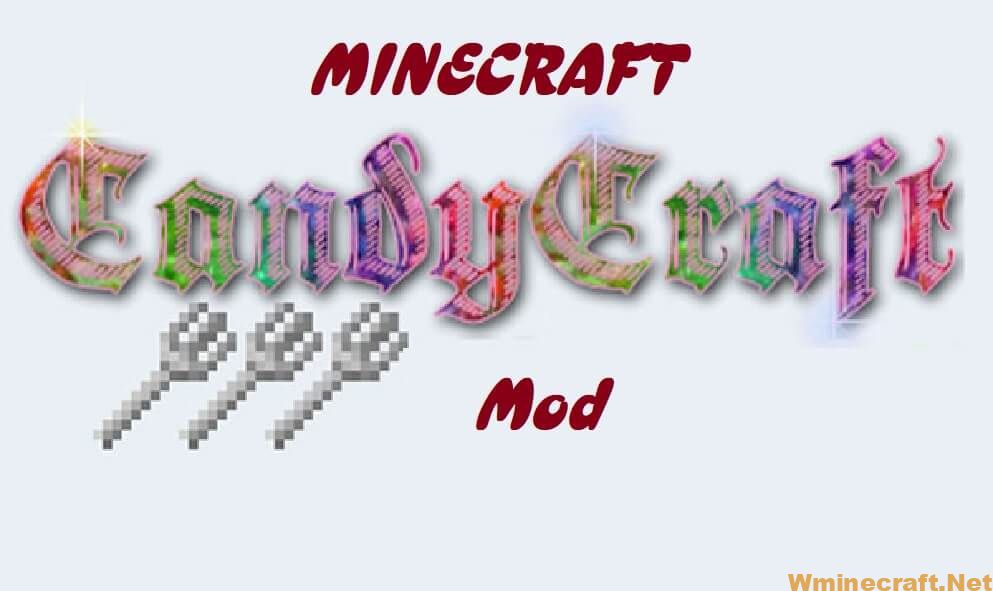 CandyCraft is a dimension where absolutely everything is sweet and truly delicious, starting with the ground made of pudding and chocolate. You will find many new things in this world such as flowers that are covered by truffles or moss tea leaves to drink when it rains; dungeons decorated beautifully using candy for walls instead of stones (i think they’re so cute); trees which carry coconuts on their branches just waiting for us kids’ hands eagerly grasping at them like thirsty wieners drooling over ice cream…you get my drift? And finally there’s boss fights against powerful foes who dish out even more sugar than their surroundings: