Minecraft Smart Moving Mod adds new features and other animations. It gives you two keys, the sprinting key, and the grab key that you need to key bind. Smart Moving Mod is quite practical with its settings enabling you to move the terrain much quicker, easier, and more efficiently overall, with many new features. 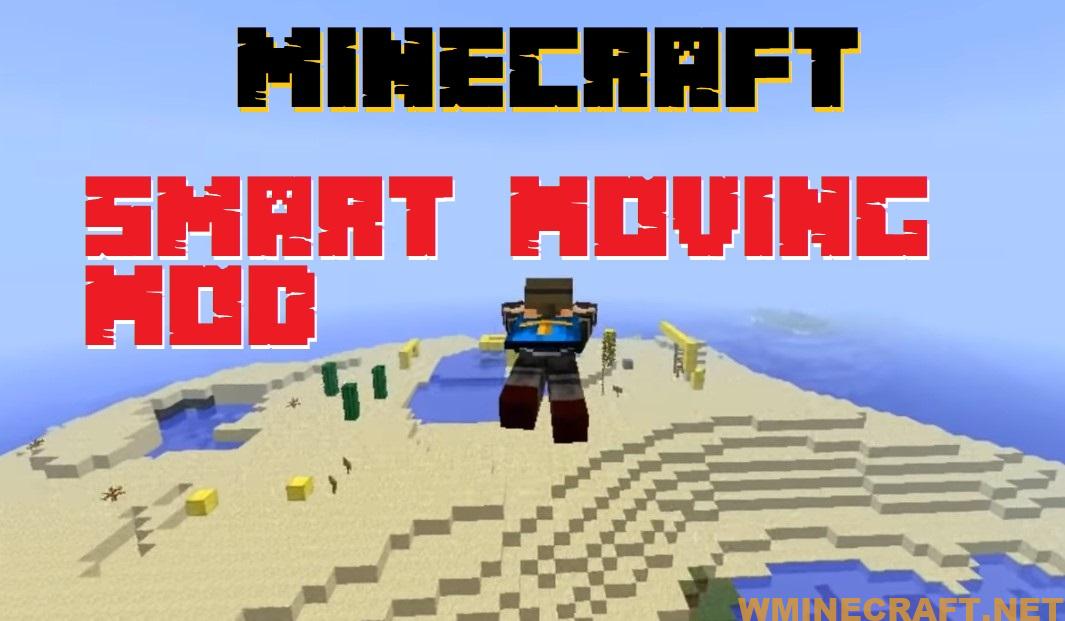 The Smart Moving mod provides numerous additional moving options, just like scaling holes in the walls, climbing ladders with varying speeds depending on the size of the ladder or the blocks next to it. It also offers alternate travel, dropping animations, climbing over walls and ascending vines, and much more. 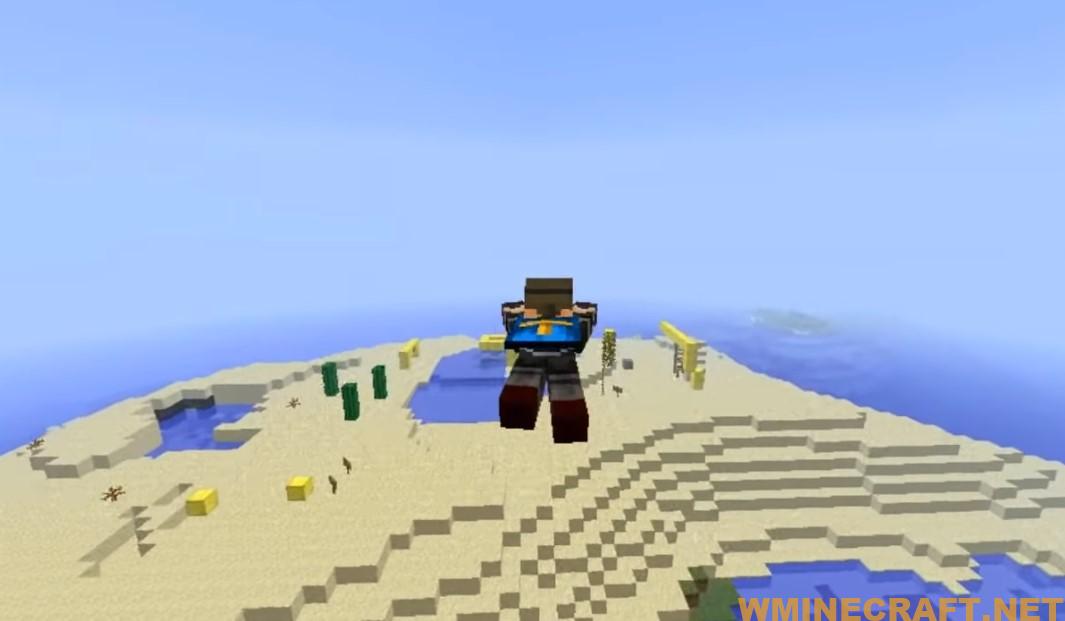 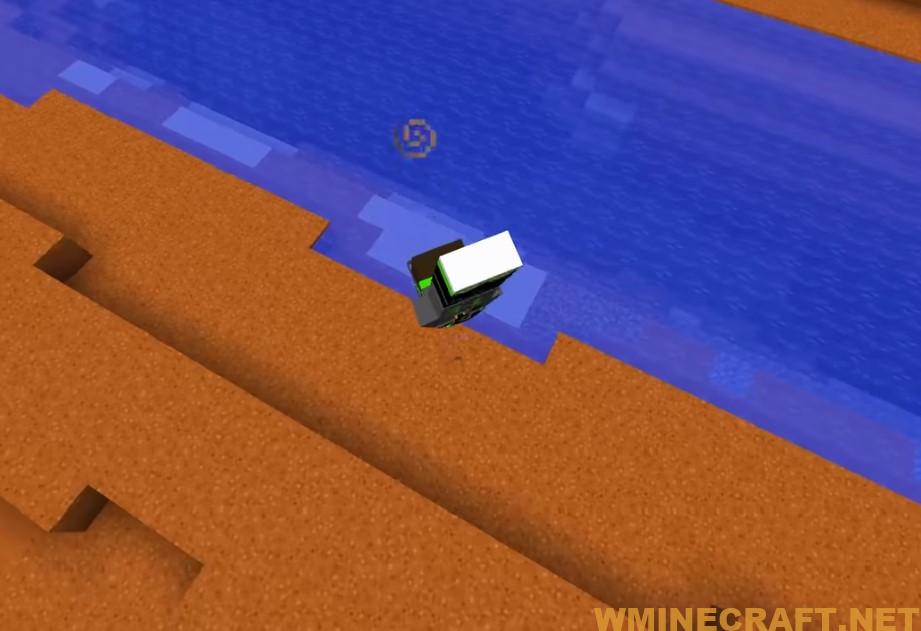 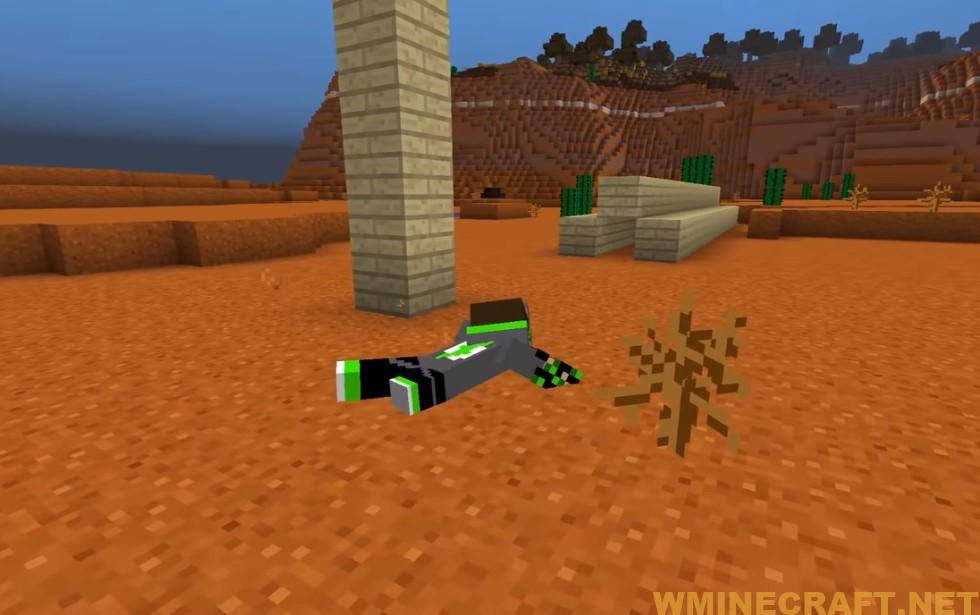 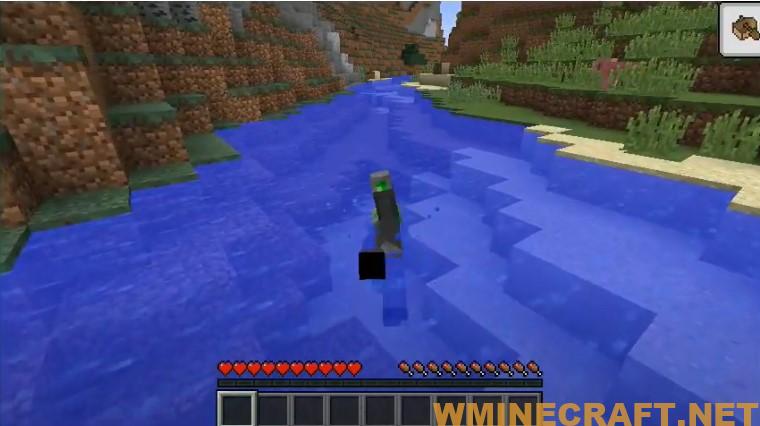 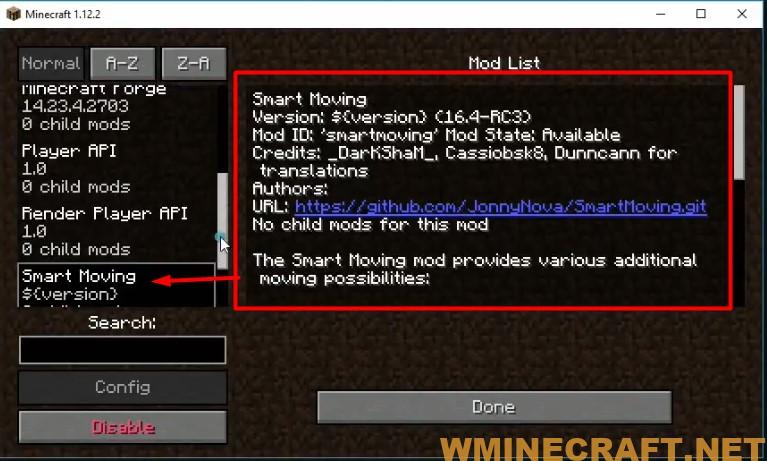 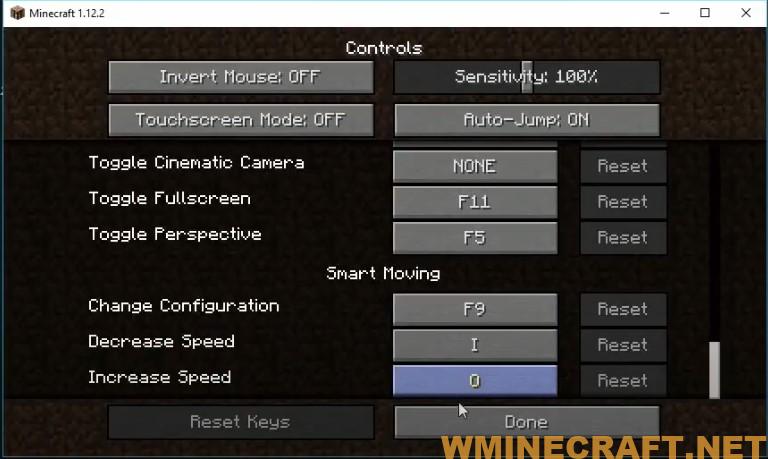 Smart Moving Mod implements an optional mode of free climbing behaviour. When enabled by configuration or by default you can climb everywhere you find at least a block sized horizontal edge.

To climb up you have to move forward toward the edge (default “W”) and click and hold the grab button (default “LCONTROL”).

To climb down click and hold the grab button without moving forward toward the edge.

To grab an edge while falling down along a wall, rotate towards the edge in the wall and press the grab button. If you are still falling slow enough, free climbing will start. If you are beyond a certain falling speed when grabbing, damage will be done to you.

Smart Moving Mod allows climbing along ceilings as long as the ceiling block supports it. Currently only the steel fence block and the closed trap door block support ceiling climbing.

If wall climbing is also possible when pressing the grab button, wall climbing will start instead. In this case turn into the direction you want to move to start ceiling climbing.

Smart Moving Mod allows to configure the standard sneaking via the configuration file. The sneaking speed can set and sneaking can be disabled at all.

Additionally sneaking can be made togglable. When toggled on it can be toggled off by pressing the sneak button again. This also works while swimming or diving.

To dive jump into still water that is at least two blocks deep. Then press and hold the forward button to dive. To steer use your mouse.

To dive again stop pressing the jump button and direct your mouse toward the depths.

When you are walking in one block deep water you can switch to diving by pressing the sneak and then the grab button. If you press the jump button before the grab button you will switch to swimming instead.

When you are swimming or divind in one block deep water you can switch to walking by pressing the grab button.

Alternative flying can be started and ended just like standard flying by double clicking the jump button.

To start charging press and hold the jump button while sneaking on the spot. To jump either release the jump button or stop sneaking. The default maximum charge jump height is two blocks.

When you start moving while charging the charge will be lost.

This mod implements the possibility to wall jump from blocks.

To wall jump from a block press jump while being airborne, release it, and press it again before hitting the block you want to wall jump from horizontally. When you collide with the block – while not falling too fast allready – a wall jump will be triggered.

You can also head wall jump from a block instead by also pressing the grab button before hitting the block you want to wall jump from.

This mod implements the possibility to jump head first instead of head up.

This mod implements the possibility to jump to the side or back while straightend on ground.

You can also jump back-left and back-right by double clicking both relevant buttons at once.

This mod implements the possibility to jump up and back while free climbing.

To jump up climb up as far as possible and click the jump button.

To jump back stop climbing by releasing the forward button press the sneak button to hold the height release the grab button and click the jump button.

You can also head jump back instead by not releasing the grab button after pressing the sneak button and before clicking the jump button.

To slide on the ground you have to start sprinting first. Then press the sneak button while pressing the grab button.

Additionally you can start sliding from forward jumping or flying. Just hit the ground while pressing the sneak and the grab button.

You will slide as long as the initial horizontal ground hitting speed and the ground spipperiness supports it. If the sneak button is still pressed when the sliding stops you start crawling instead.

To stop sliding before it stops itself simple stop pressing the sneak button.

This mod implements a faster, optional, configurable sprinting and exhaustion behaviour. It is merged with the standard minecraft sprinting and hunger behavior.

To sprint you have to move forward and click and hold the sprint button (default “TAB”). Sprinting is currently possible for walking, swimming diving, crawling, and climbing.
Sprinting optionally causes exhaustion and will automatically end when a certain configurable threshold is reached.

This mod implements an optional crawling movement to fit through 1×1 passages.

To crawl you have to press the grab and the sneak button. When climbing would be possible at you current position and direction you might start climbing instead. To avoid this press the sneak button before the climb button to ensure to start crawling. When crawling you can release the grab button.

You can also free climb while crawling. Just move to the related edge press grab and move forward towards it.

Additionally you can free climb into a crawlable gap. Just press sneak while you climb up and you will end up crawling in the first crawlable gap along your climb path.

This mod changes the behaviour of its features depending on the content of the configuration file “smart_moving_options.txt” in the “.minecraft” directory of your minecraft installation.

Currently the difficulty levels “Easy”, “Medium” and “Hard” are configured. You can switch between those in-game by pressing F9 (the exact button can be changed too)

More information about the configuration of this mod is included in its readme and option files.

If no option files are present at all, the default option values (all features, default configuration) will be used.

If an option is not present in the files, the corresponding default value will be used.

The option “move.options.version” will be used for cross version compatibility. 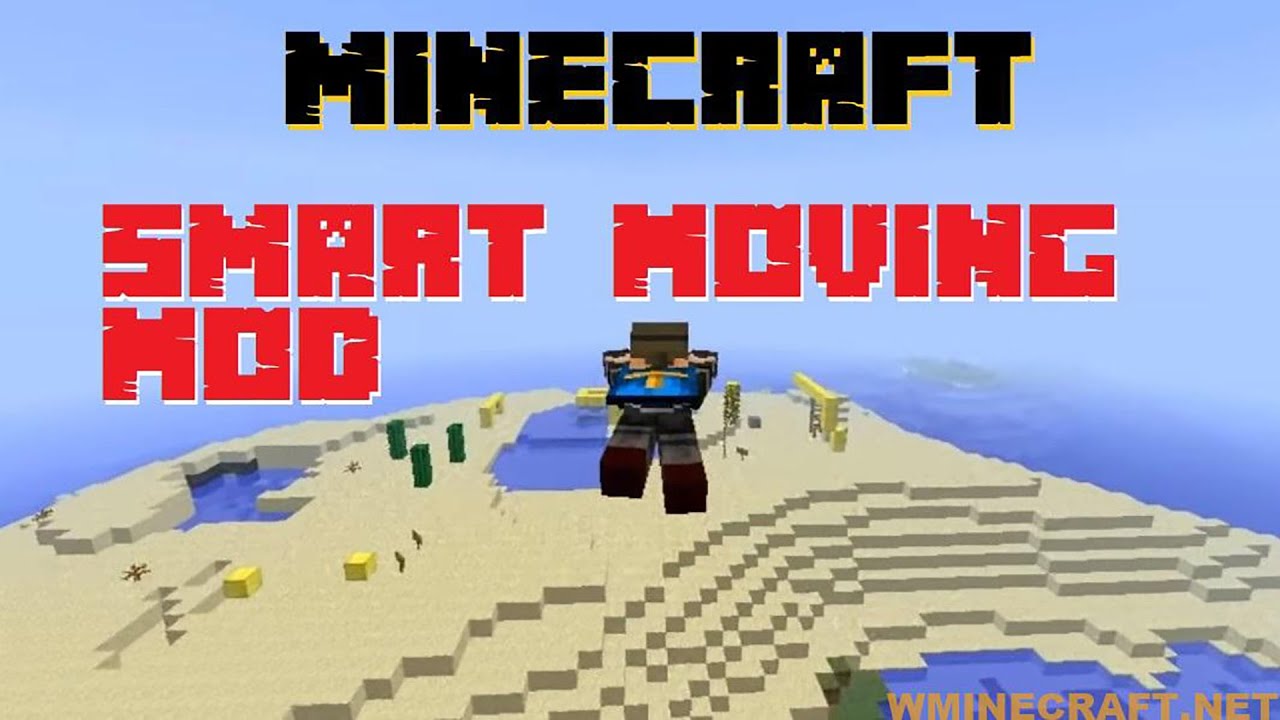 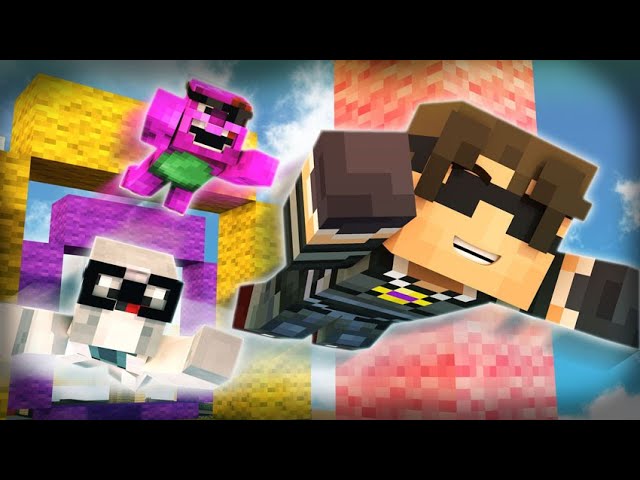