The blockbuster “Alien” or “Aliens vs. Predator mod “ is a hit. And so, downloading this Mod is obvious to you if you are a fan of this sci-fi movie. Aliens vs Predator Mod adds 50 new blocks to the Minecraft world. It gives players a sci-fi adventure look. Besides, this Mod adds 30 new items, including new equipment and an ARSENAL of weapons to the 20 different Mobs around “Alien; Aliens vs. Predator; Prometheus.” 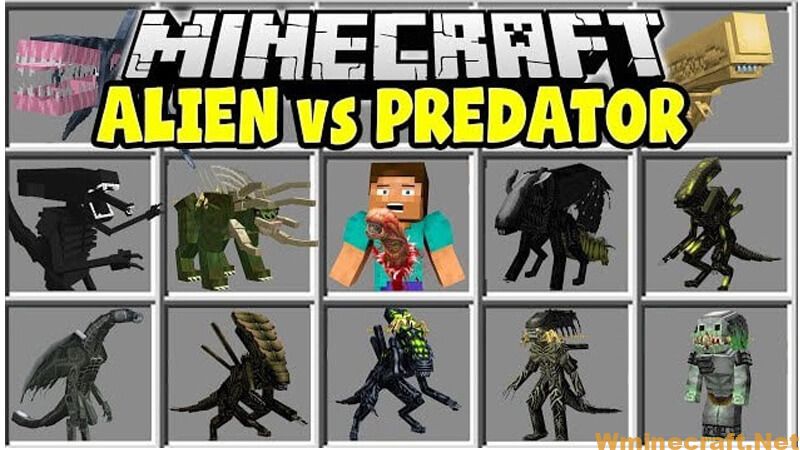 Overview of Aliens vs. Predator Mod

Aliens vs. Predator Mod is science fiction, horror, themed Minecraft mod based primarily on the Aliens Vs. Predator franchise. It is also based on the two other franchises, Alien and Predator. Because Prometheus is a part of the Alien franchise, it has also been included in the Mod’s content.

Aliens vs Predator Mod offers a huge variety of new and unique weapons, mobs, items, and blocks. It’s true to say that this alien vs Predator Mod is designed to turn the Minecraft world into a sci-fi horror game and thus, surviving in Minecraft has never been this hard before. On the other hand, new weapons, new enemies are constantly being added 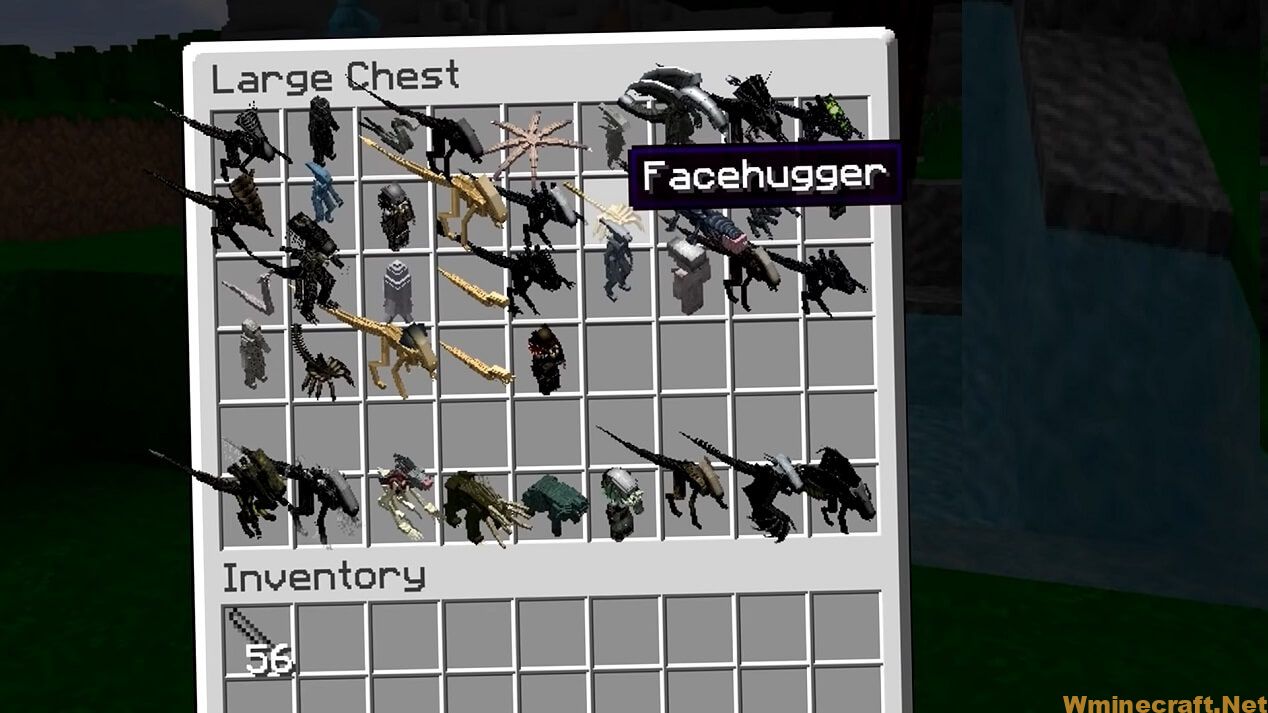 The mod is created to add challenge to the game. In fact, after some time you stick with this game, it starts to lack challenge. The lack of challenge makes Minecraft world boring and you will start to lose interest in it. Once there, you won’t want to play it anymore.

Aliens vs Predator Mod adds three related main species in “Alien; Aliens vs. Predator; Prometheus” as mobs. This mod also adds some species that are essential to the alien life cycle. Even so, you don’t need to be a survival game player to get the most out of the mod. Aliens vs Predator Mod also adds many blocks to the human creative side. In addition, players have also added some items and weapons. 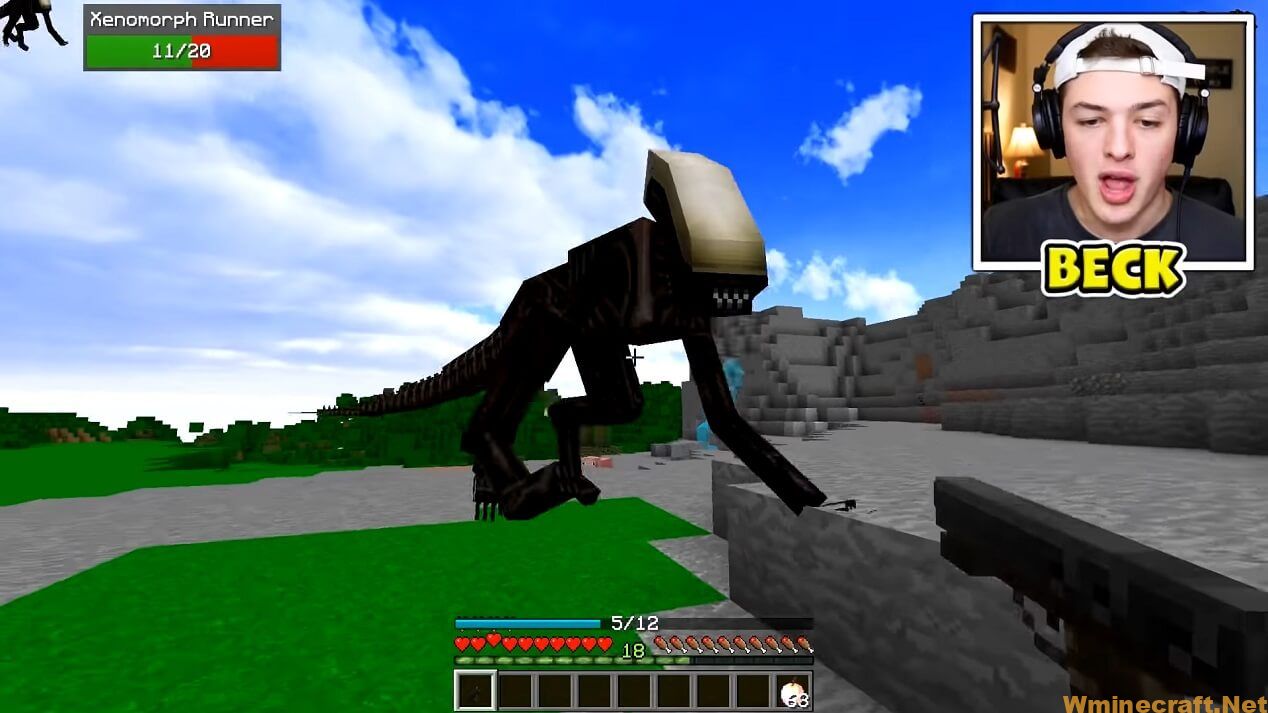 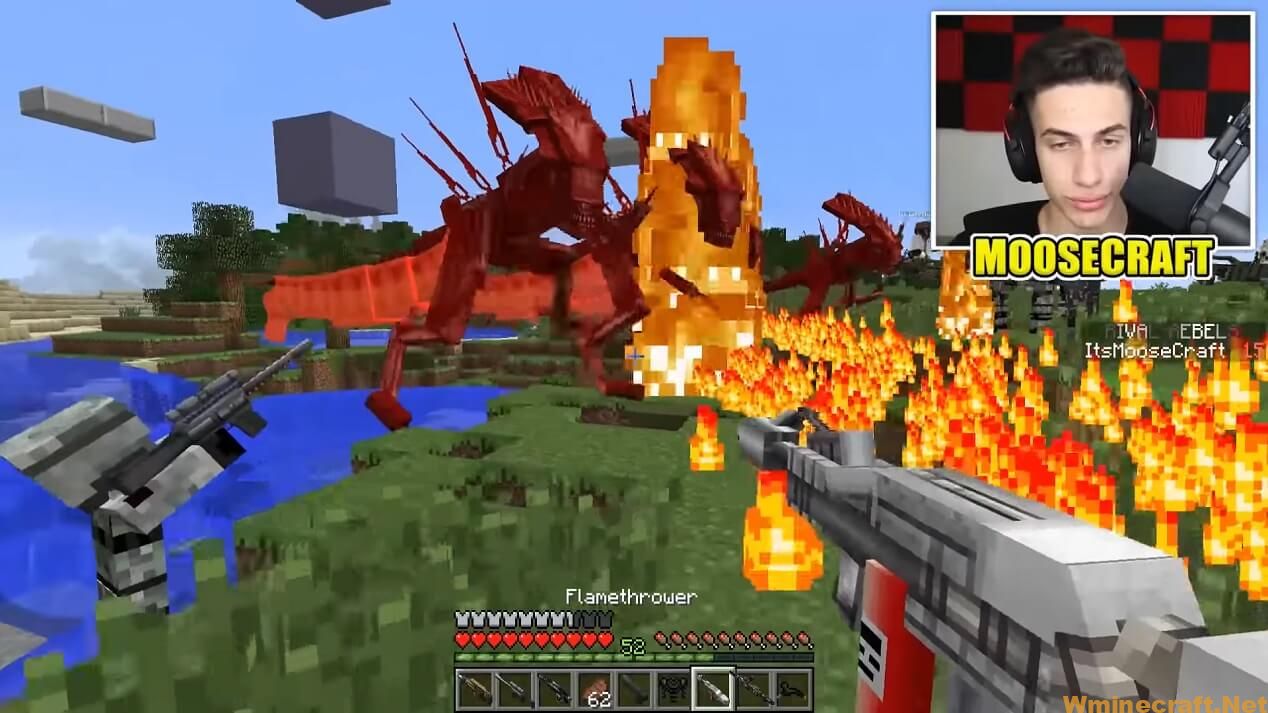 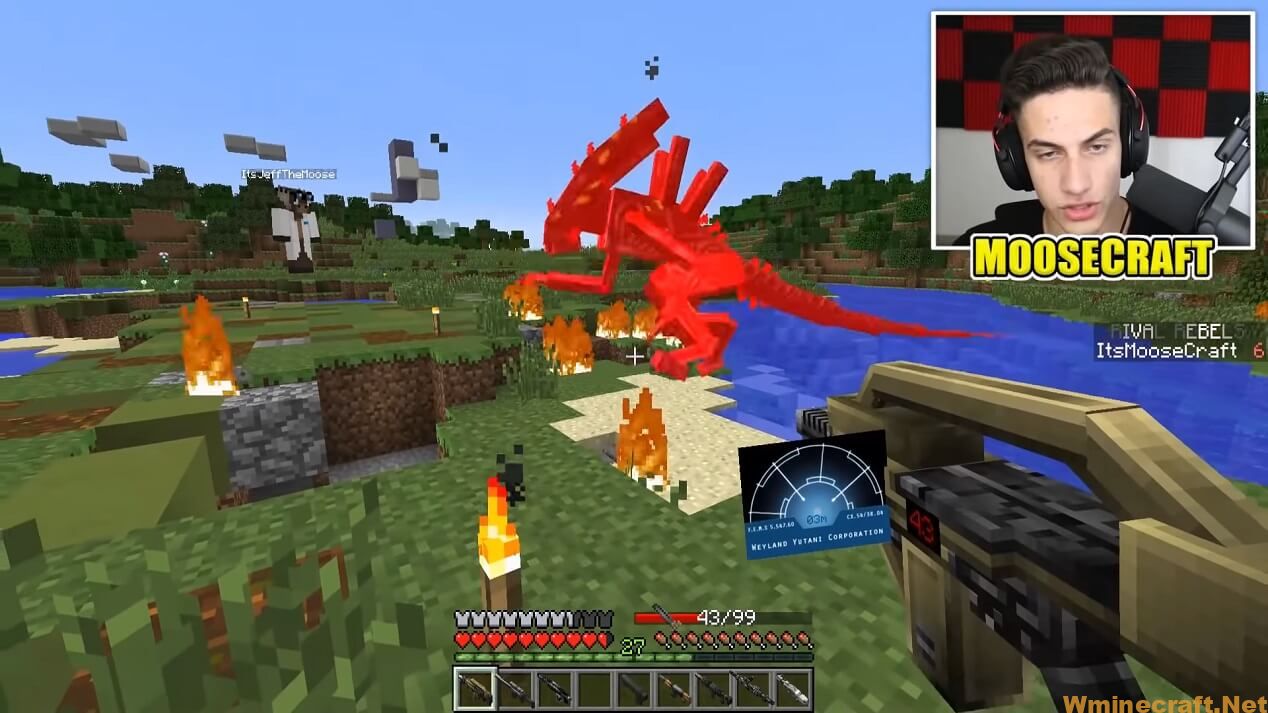 Protomorphs do not use god. Hence, there is practically no easy way to make Protomorphs eggs. You will have to find an egg or see if an adult produces them.

Like a xenomorph egg, the egg opens and releases a protohugger while the host is alive in close range.

Protohugger is simply bigger and stronger than a normal facehugger. In addition, it will implant a protomorphic into the host.

Protoburster appears from a host after they are impregnated by a Protohugger. The Protoburster will run away if possible, but attack again if needed.

There is no denying that the Protomorph is a very large and very annoying beast. It uses a combination of stealth and relentless attacks to take down its prey. 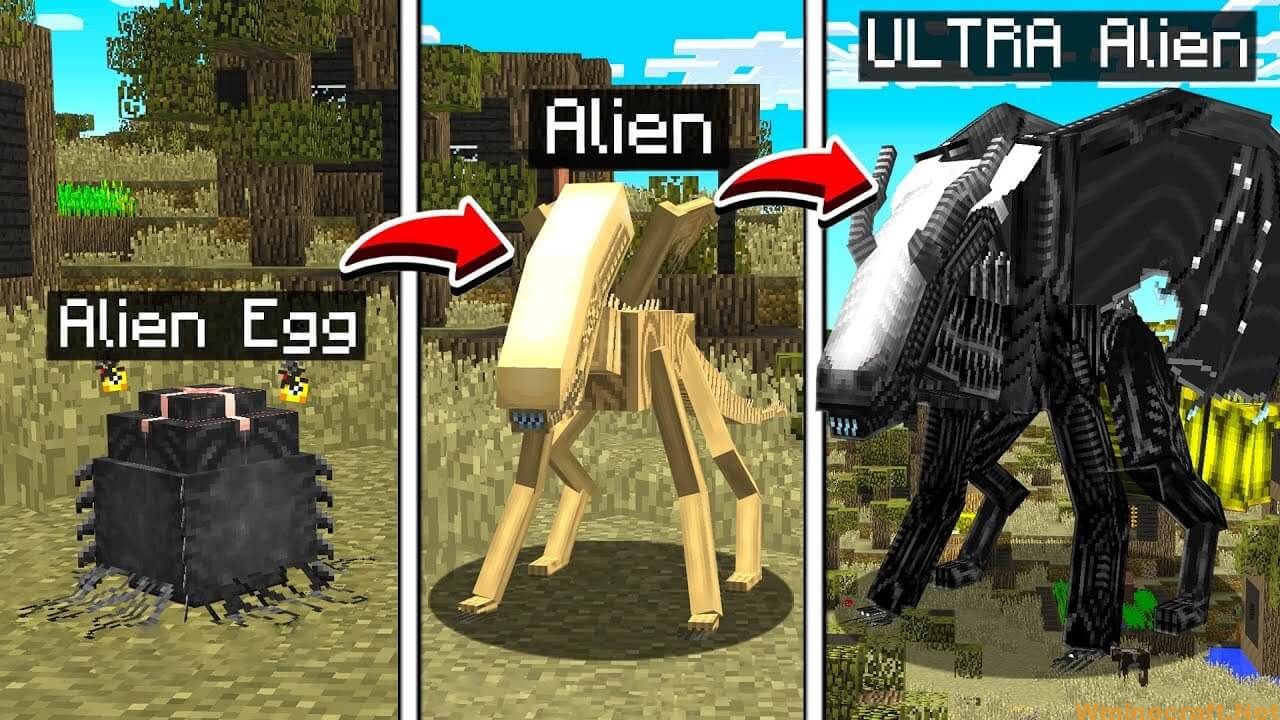 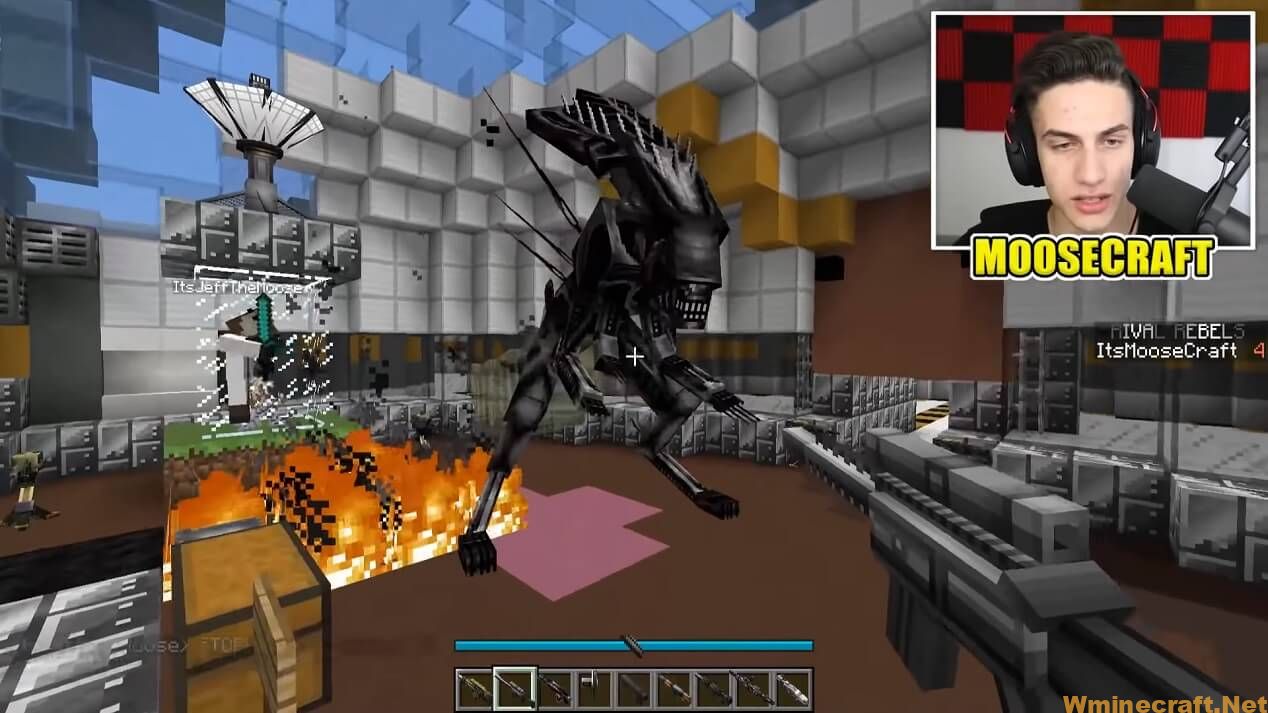 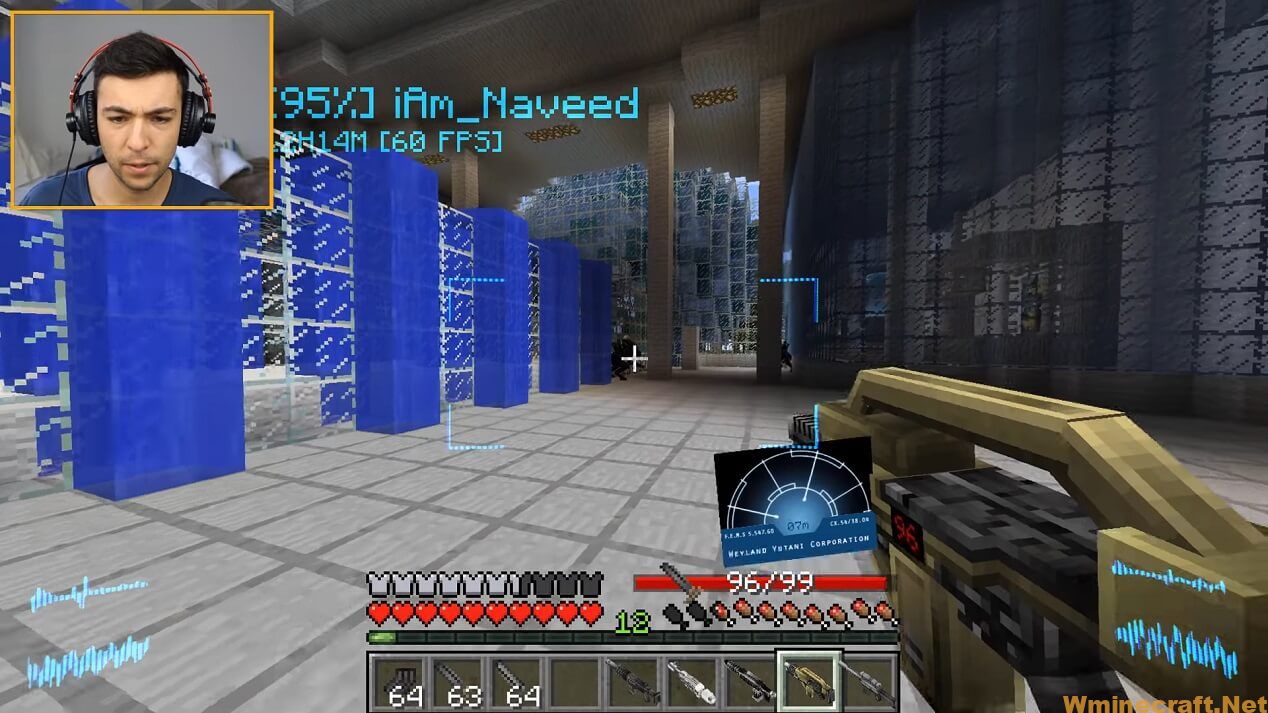 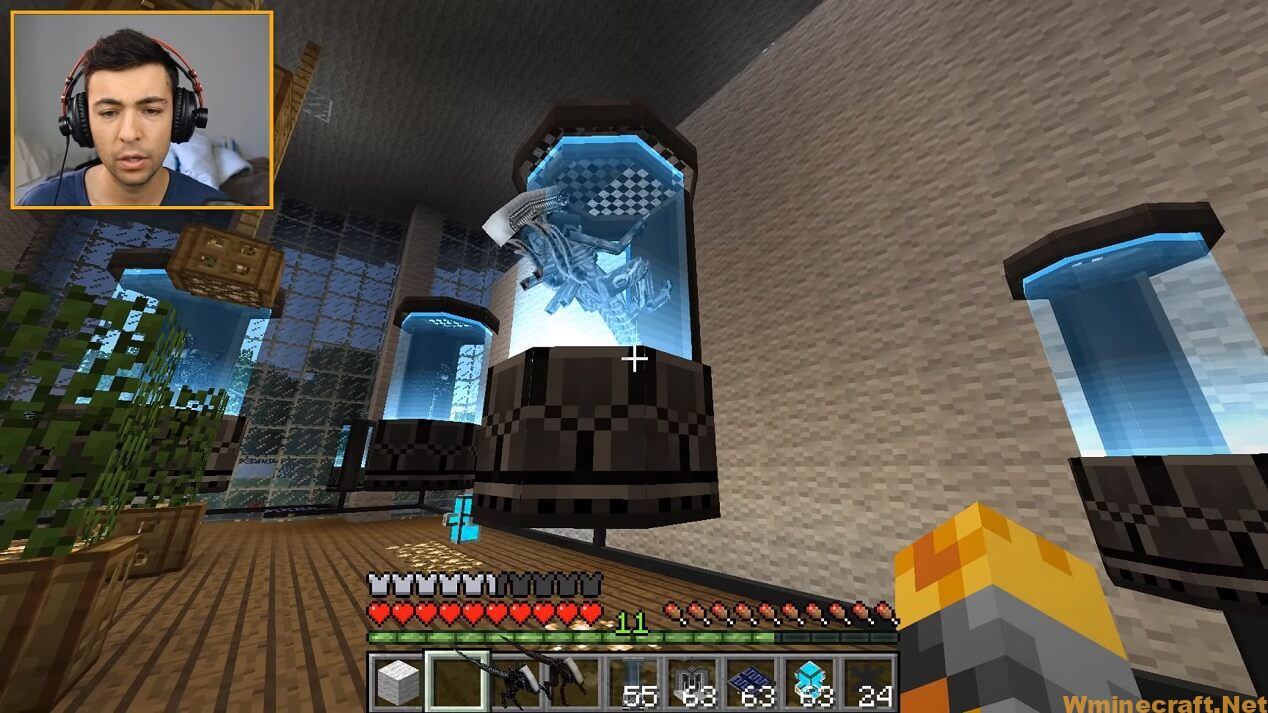 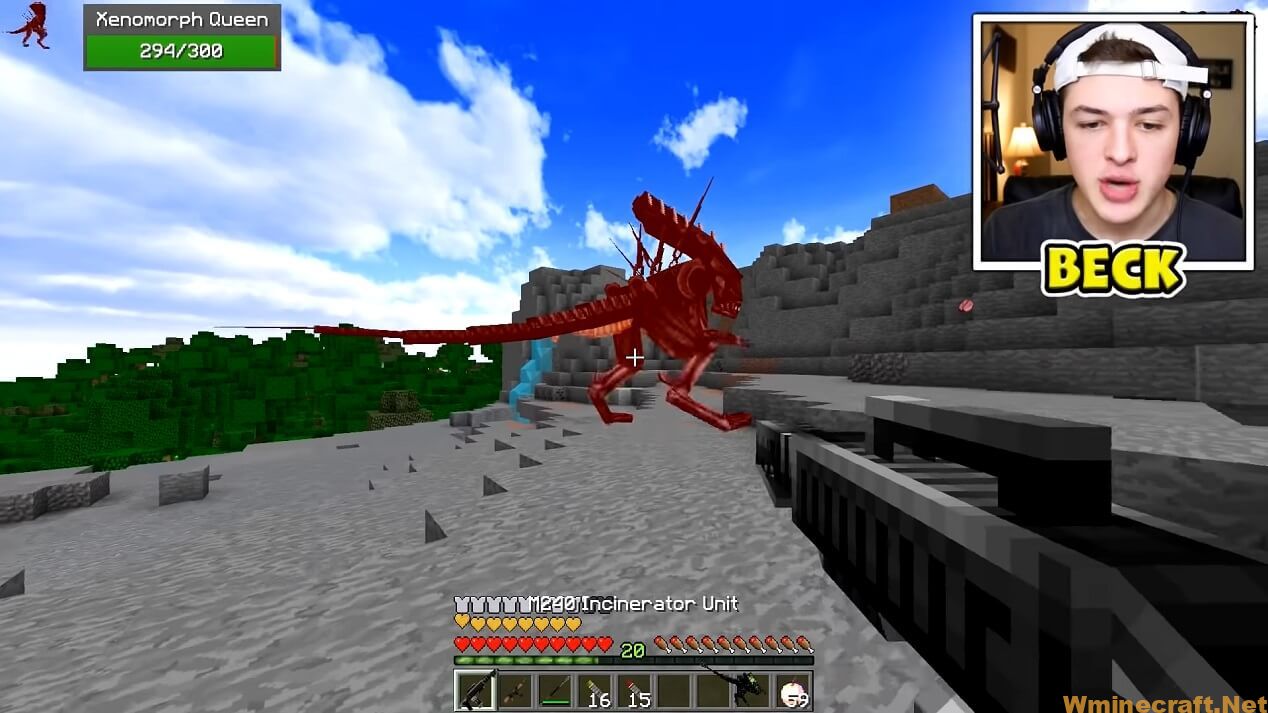 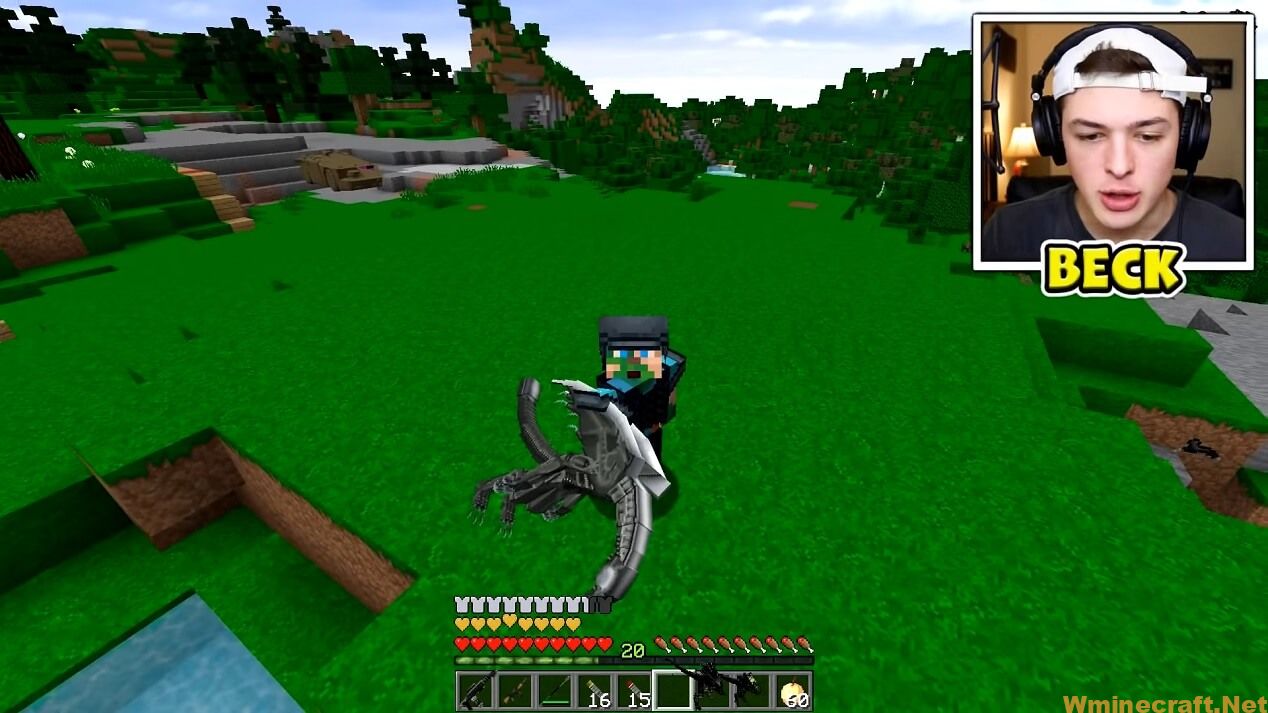 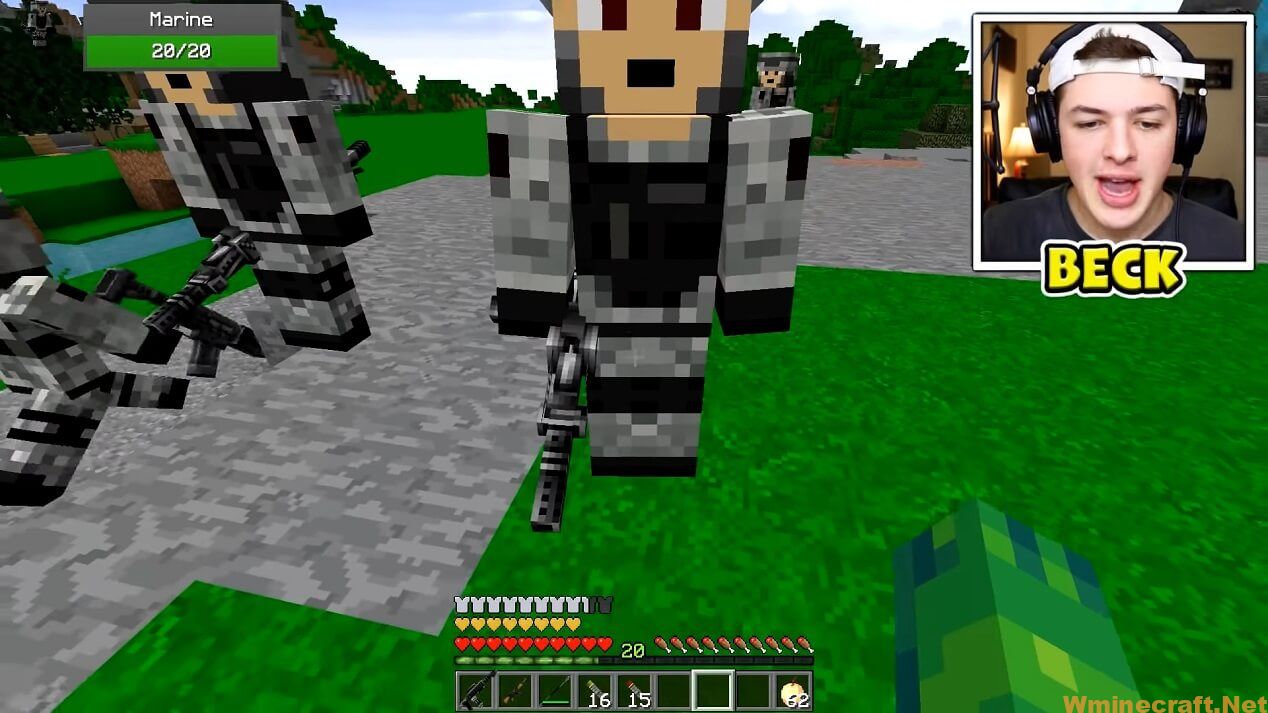 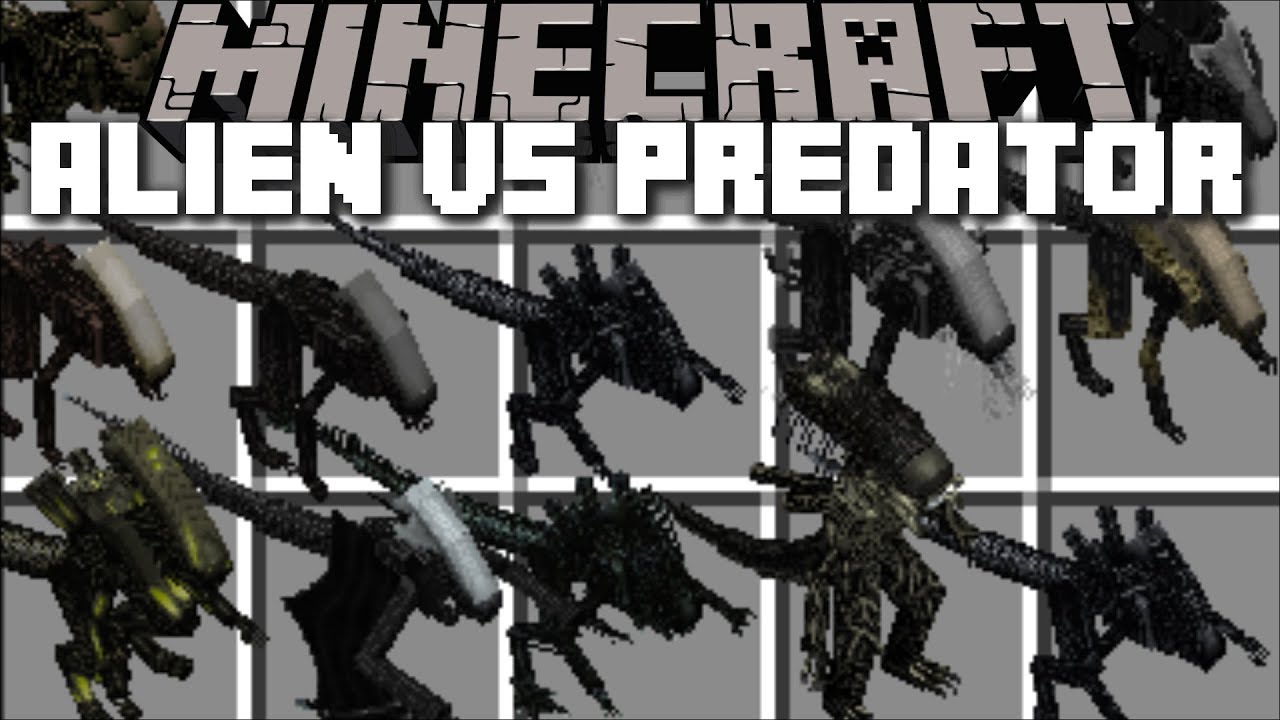 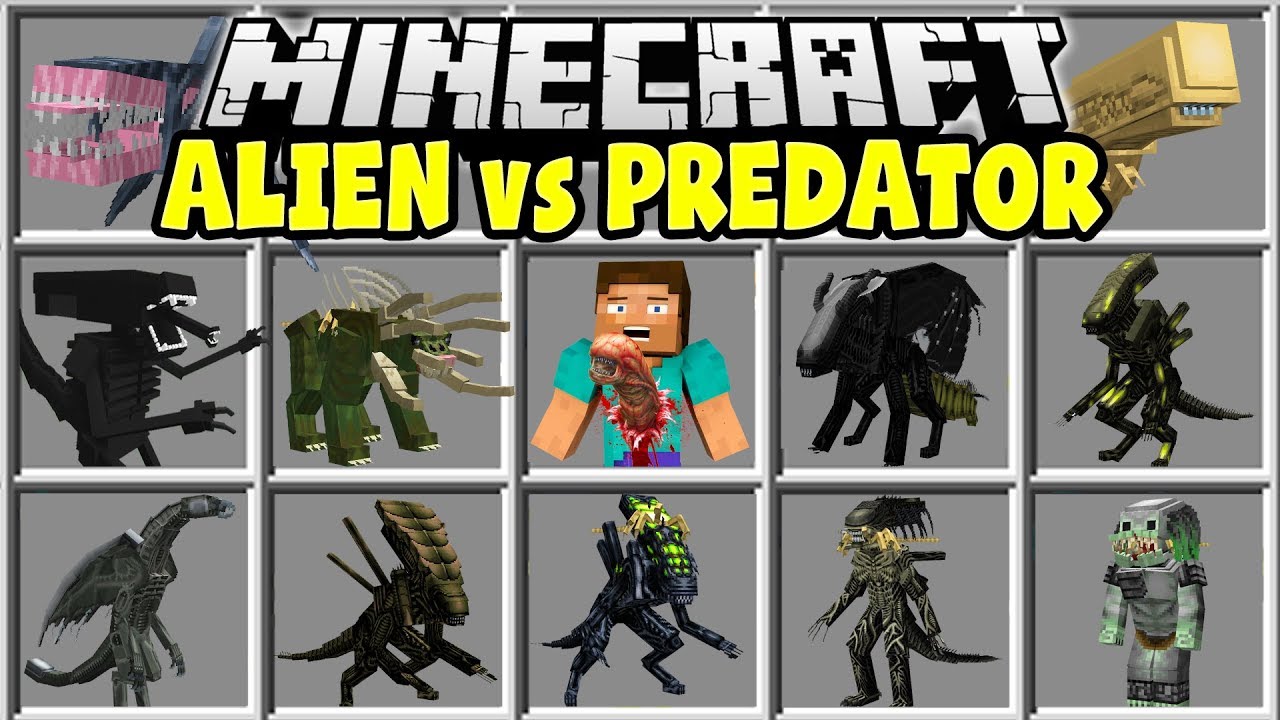 So what are you waiting for? Download the mod, enter the Aliens Vs Predator universe and start Building a Better World today.