Are you looking for a mod that adds powerful tools, weapons, and armor to your game? Gobber Mod may be just what you are looking for! This mod contains an array of items with special abilities that can help you in your adventures. The Grings and Gaffs provide players with a variety of movement, combat, and utility perks. The Area Defense blocks are a great way to protect your builds or bases from unwanted mob attacks and damage (e.g. pesky creepers). So if you are looking for a mod that enhances the adventure experience, Gobber Mod is a great choice! 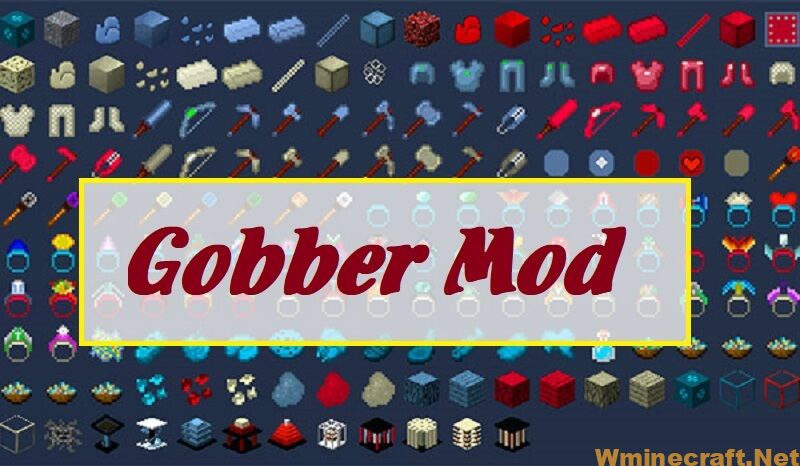 The Glob ore will allow you to create new armor pieces, tools, weapons and rings, pendants, building blocks, decorative objects, and functional objects. Some of these elements will bring us beneficial effects on health, our movements, and combat. 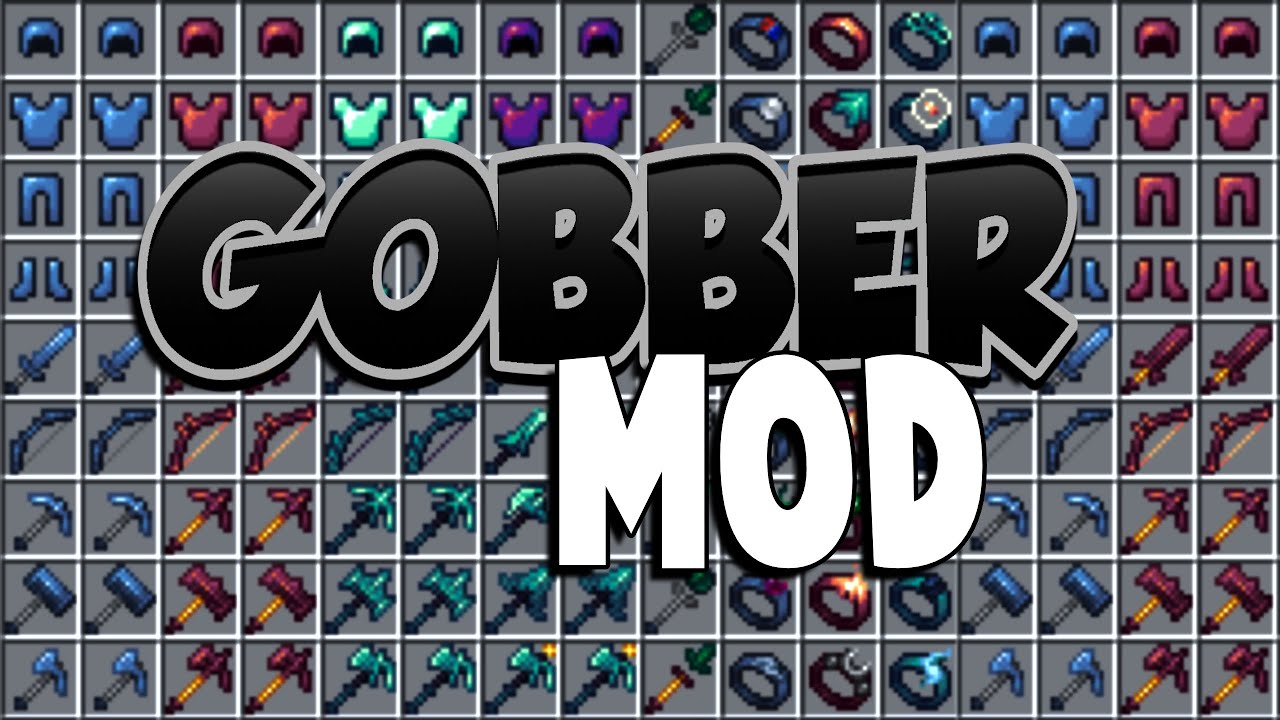 The Grings and Gaffs provide players with a variety of movement, combat, and utility perks. The Area Defense blocks are a great way to protect your builds or bases from unwanted mob attacks and damage (e.g. pesky creepers). A great choice for adventure modpacks and servers.

This mod is in the beta update phase, so it can still contain bugs or bugs. We will be publishing their respective updates in this same article. 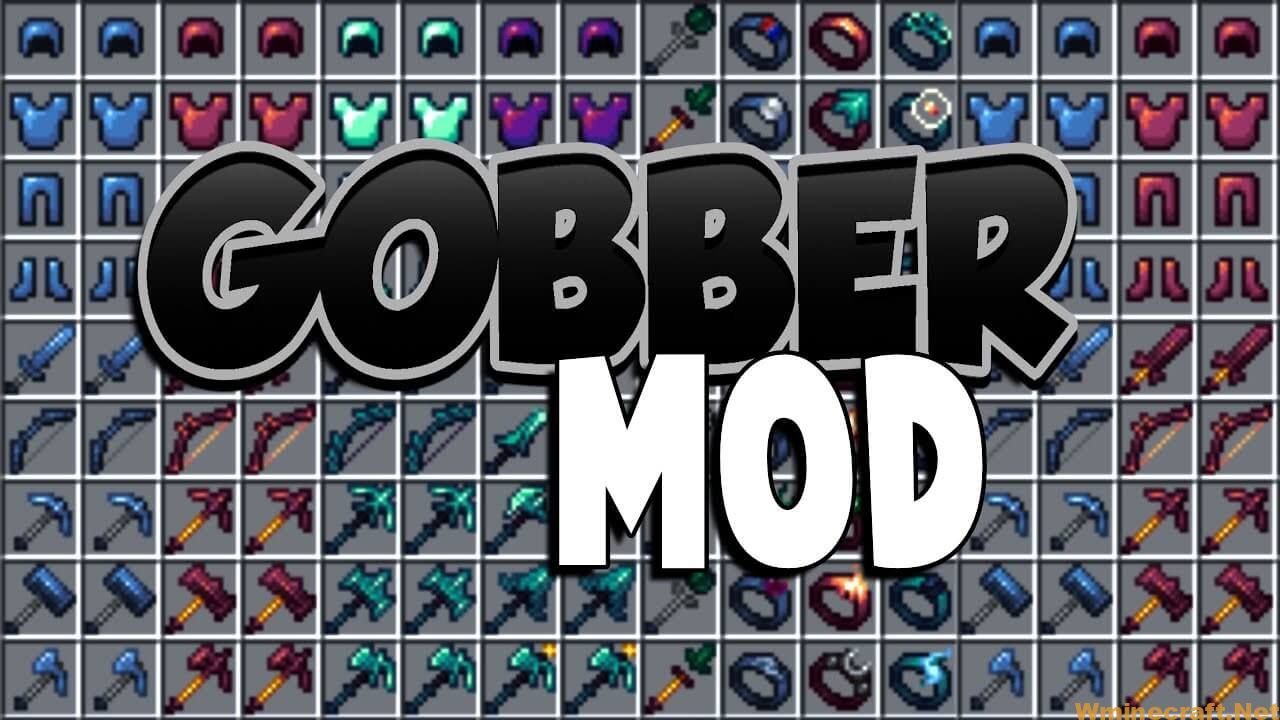 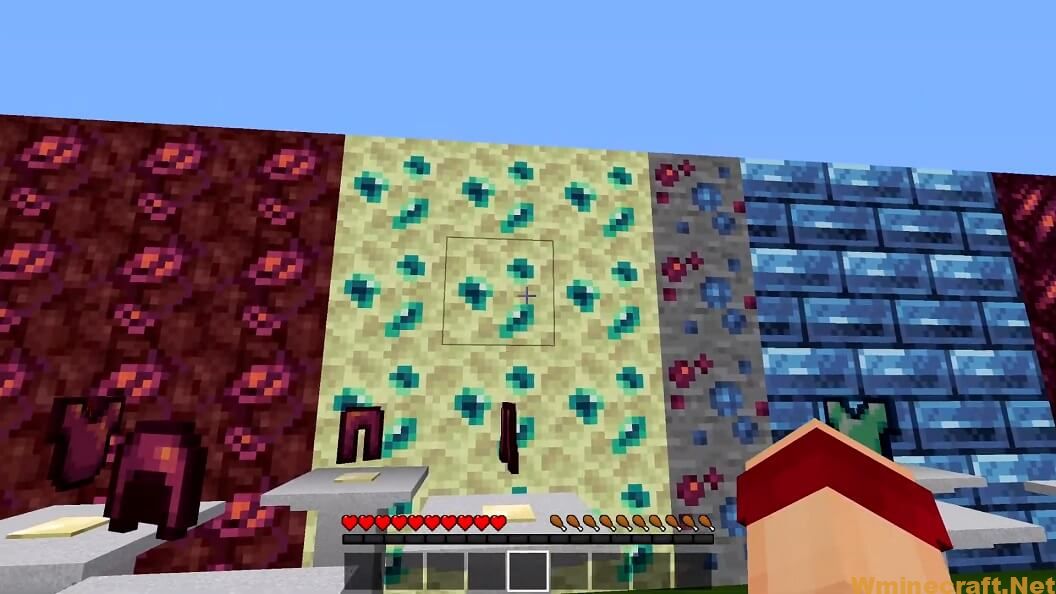 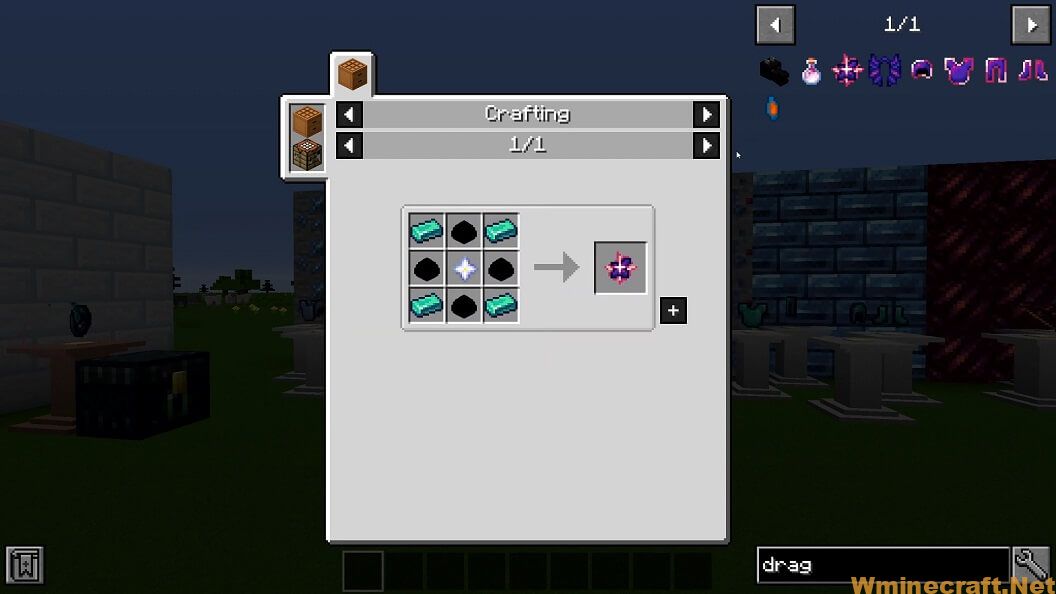 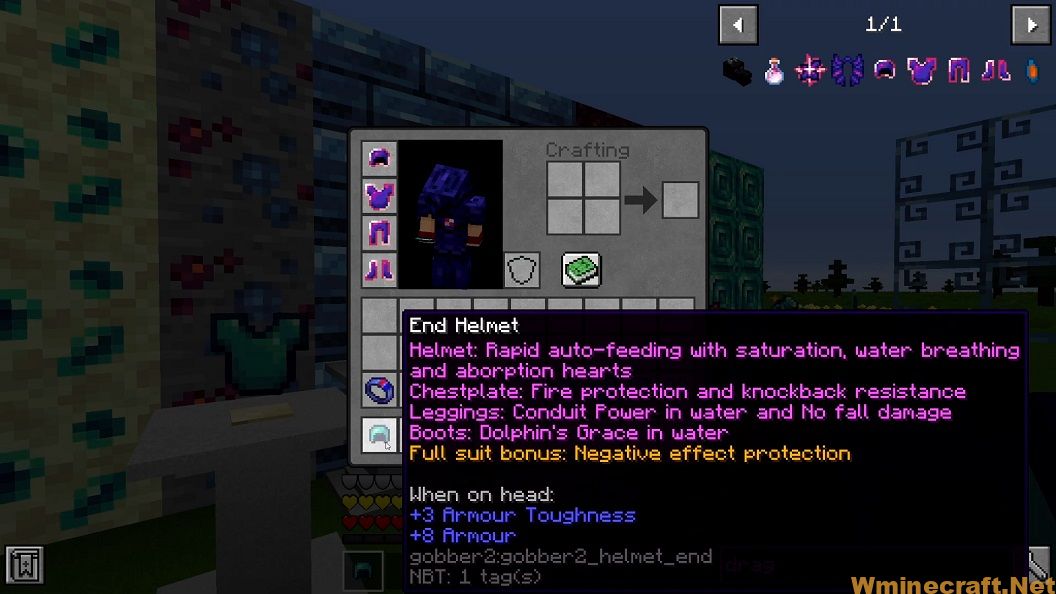 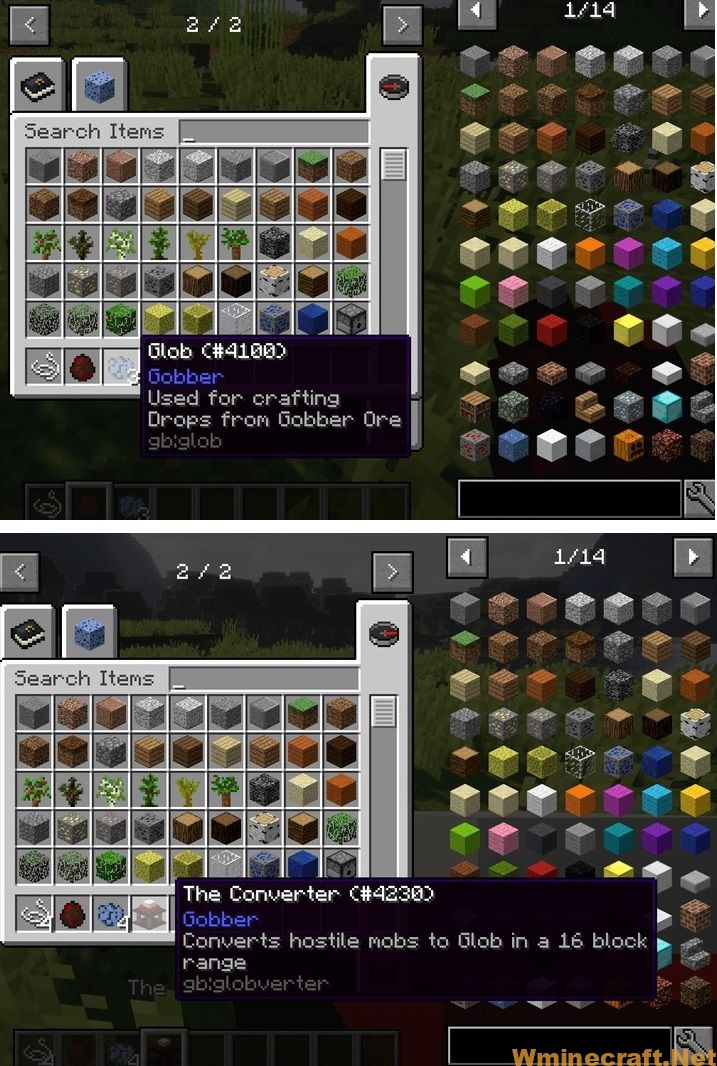 The key material for this mod is called Glob, which can be obtained in three ways.

The next step is to make some ingots for crafting.

In addition to the regular set of tools, there are Paxels and 3×3 Hammers:

NOTE: End Globot versions of the tools & weapons are unbreakable and a bit more expensive to make.

Three different types of armor to make, the chainmail is unbreakable and all three have special abilities.  Take note the unbreakable armor set will require (84) End Globots and (6) Nether Stars in total.

Can I use this in my modpack?

Yes! The mod is distributed under the MIT license, so it’s completely open to use in any modpack as long as you provide a link to this page or to my website (wylker99999.com) in your description or forum post where you are asking for permission to use the mod.