In Minecraft game world, Aether 2 Mod is a giant dimension of another world made up of giant islands in the sky with many different biomes. This world is really fascinating and full of mysteries with different creations, shapes and obstacles that you must overcome.

Aether II is a giant dimension of another world made up of giant islands in the sky with many different biomes. But to get there, you will need to create a portal of quartz blocks. Then activate it with a bucket of water. 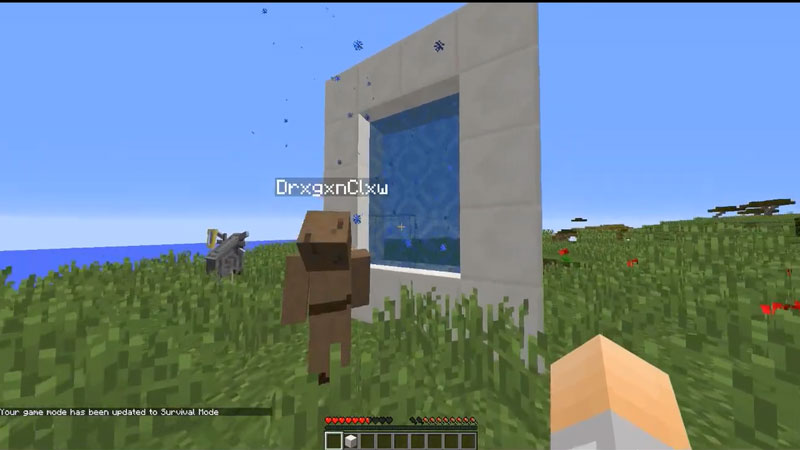 You will end up at an Aether outpost, greeted by a man named Edison beside a fire pit. You can chat with him and he will explain Aether to you. These outposts are located on every island and are the only route back home. Just click on the fire pit if you need to leave. If you don’t want to rush away you can also trade with Edison if you need supplies.

Then you can continue to explore in a whole new world. You will see all kinds of strange plants and animals moving around the lands. The deeper you explore, you will notice that each island has a very steep edge and you may not even see where the next is located. This means you will need to work hard to get to other islands and then to other biomes as each is made up of a single biome. 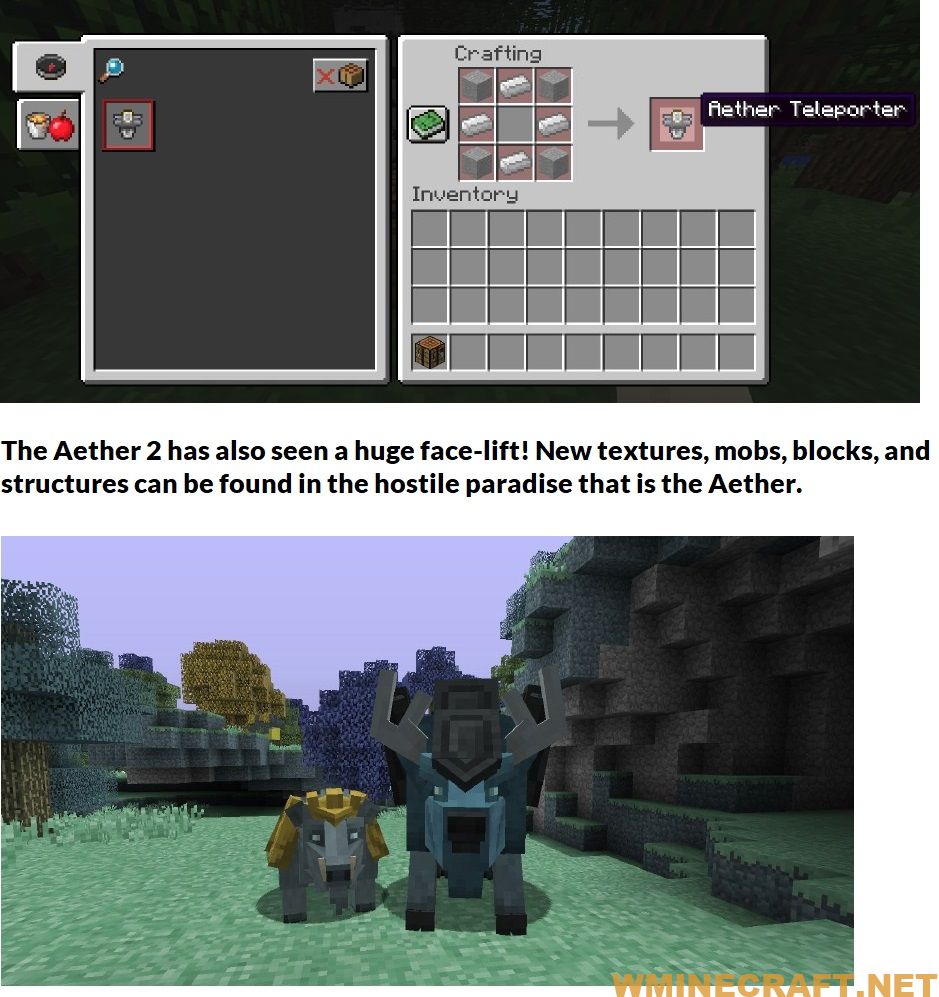 The deeper you explore, you will notice that each island has a very steep edge and you may not even see where the next is located. This means you will need to work hard to get to other islands and then to other biomes as each is made up of a single biome. There’s so much to explore with this new field it’s almost a completely new variation on Minecraft. There are lots of hidden gems like the NPC village, new food and tools, not to mention different dungeons to loot.

Aether 2 Mod is a very expansive mod for Minecraft that adds a world to the opposite of Nether. Aether 2 is a sequel to Aether 1. There have been many changes since the days of Aether 1, but it is still a collaboration between people from many different disciplines with the common goal of creating a dimension new and original. This mod is the sequel to the very popular dimension mod “The Aether”, set in a hostile paradise in the clouds. Aether is a completely different world from what regular players used to do, filled with amazing creatures and mysterious buildings, Aether is a world filled with life and history. You’ll have to re-learn the main ideas as Aether challenges you with twisted materials, fearsome monsters and profound legends if you want to survive and prosper in this strange new land. As the mod approaches the final release, the Dungeons, Biomes and NPC settlements will destroy the landscape bringing new, interesting and unique challenges and experiences to this mysterious world. 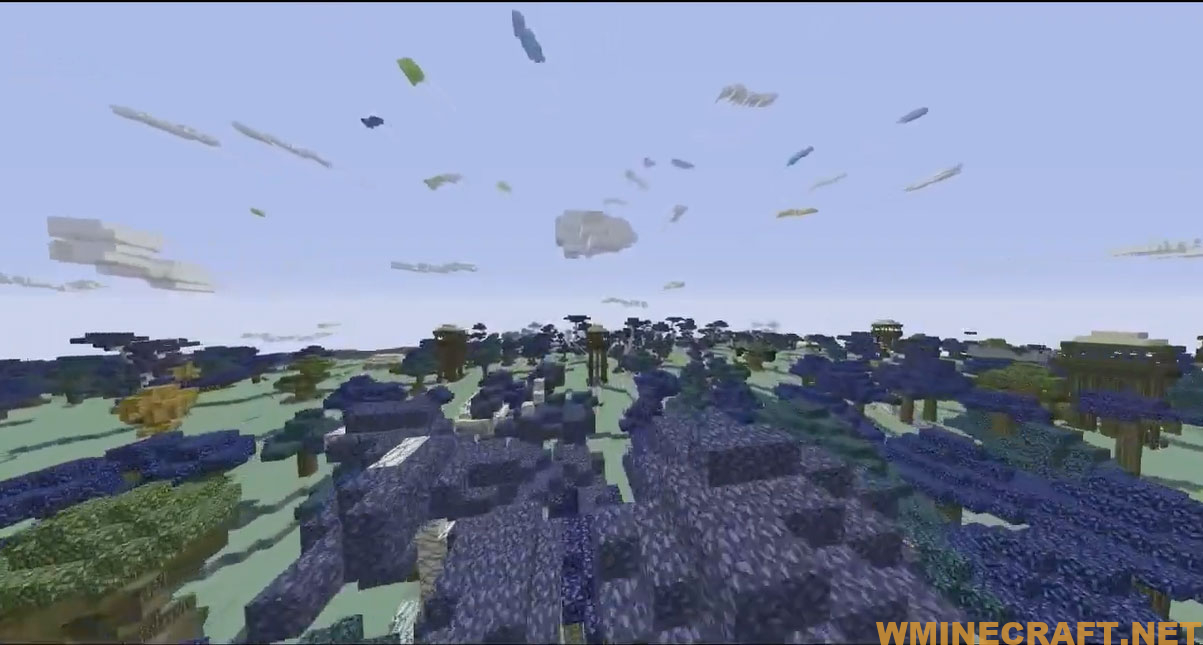 A new opening area will guide you into the world of Aether. The new NPC Necromancer will be your contact person for heaven. Explore his tower before coming to Aether! Aether II has also seen a major breakthrough! New textures, mobs, blocks and structures that can be found in the hostile paradise are the Aether. Renovated world generation better than ever, creating real islands! Trade secret tools Biomes! New biomes and island features are now available!

The Aether introduces several huge mechanical features to enhance the experience both in the Aether and everywhere else in Minecraft. 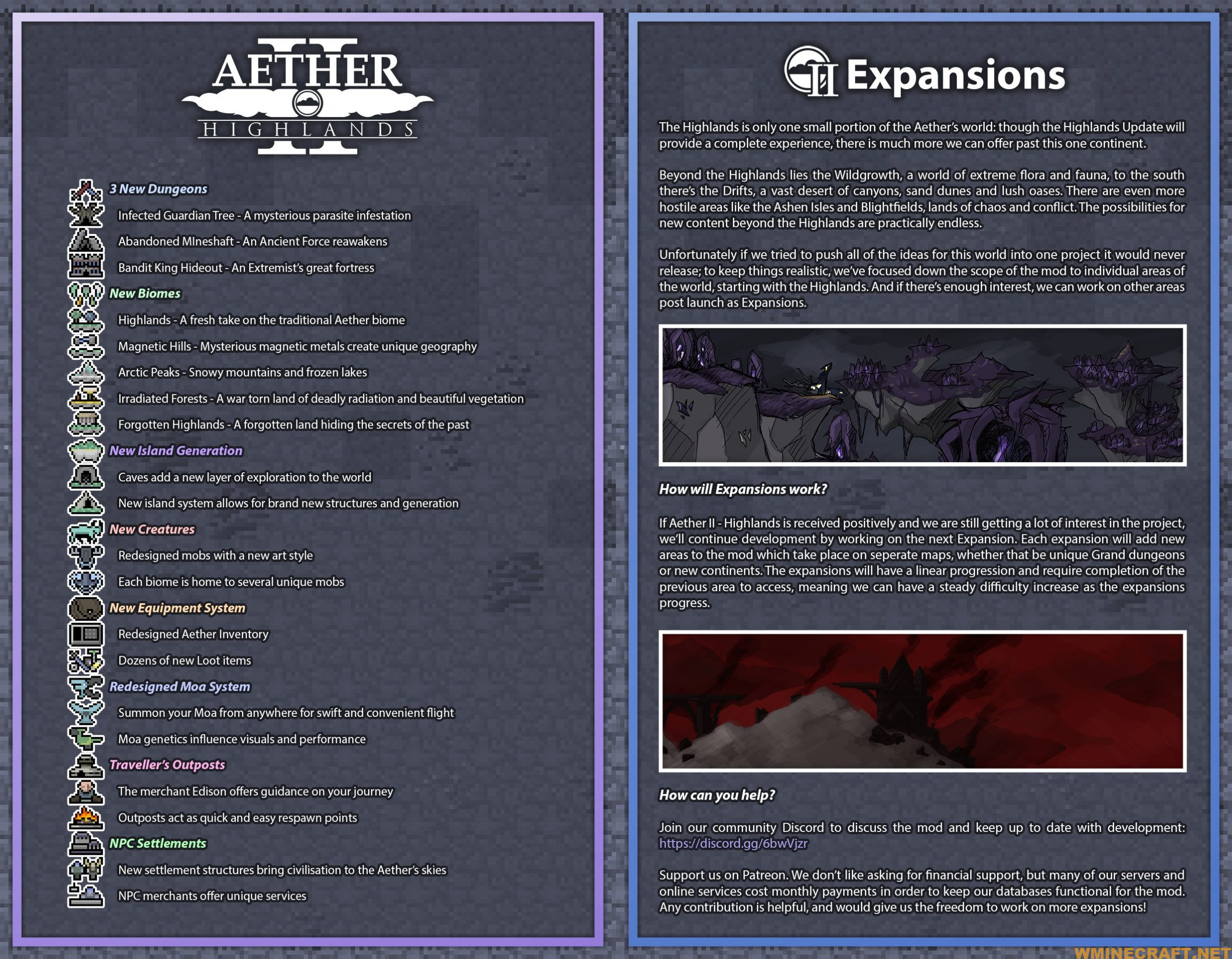 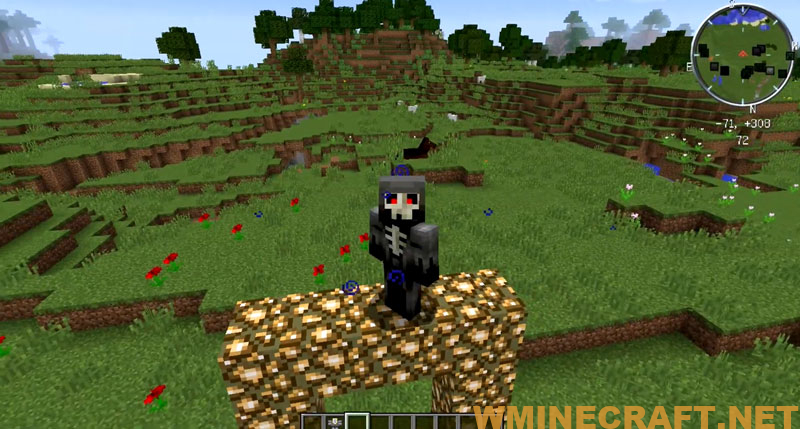 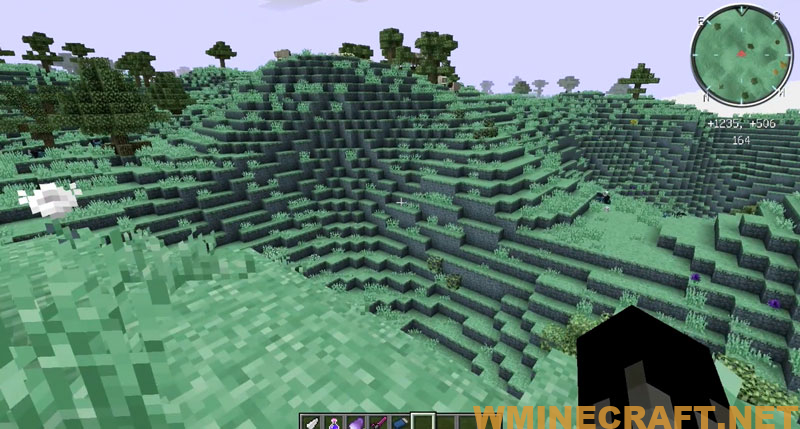 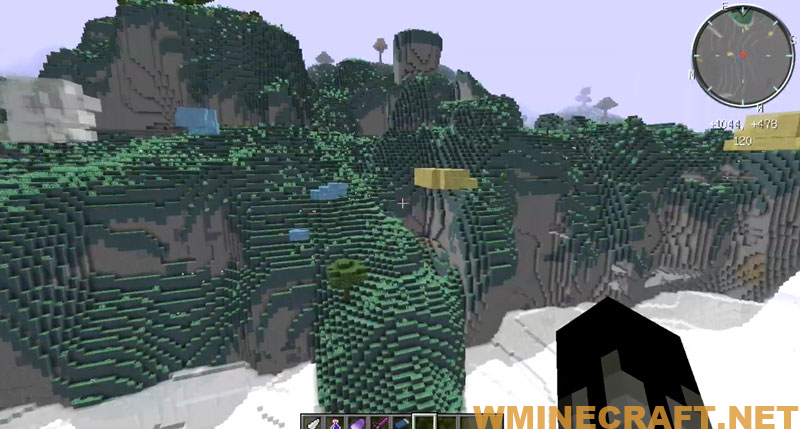 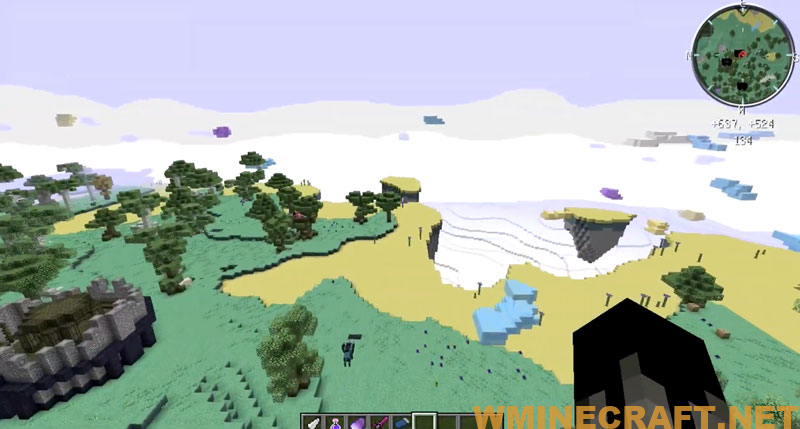 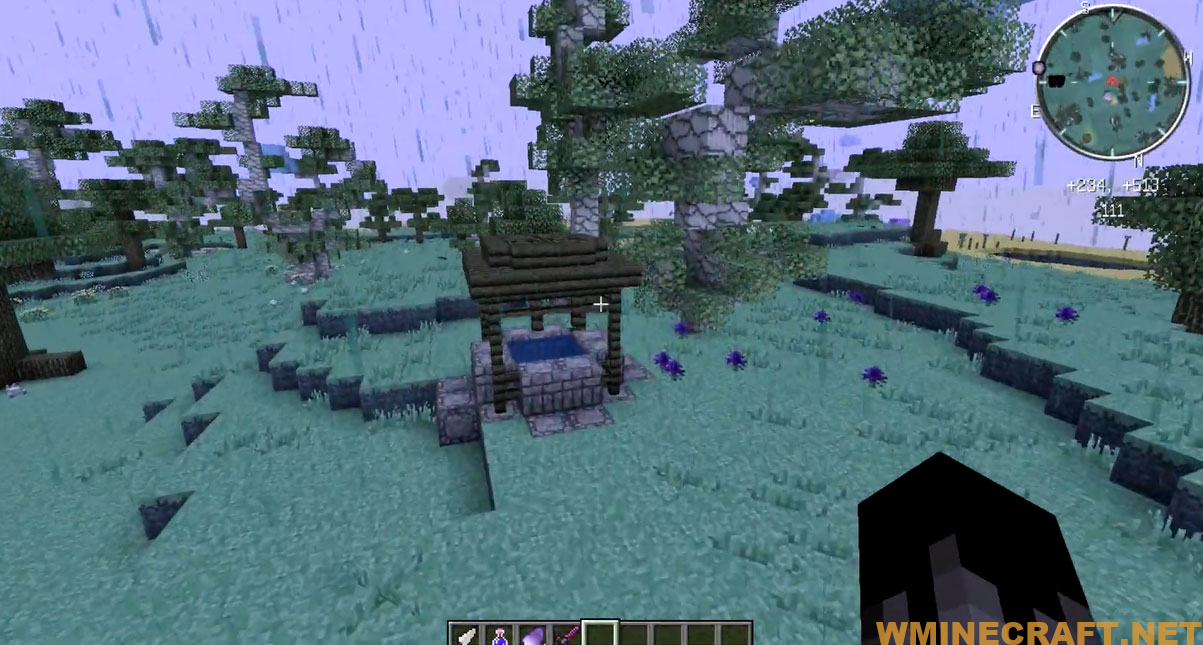 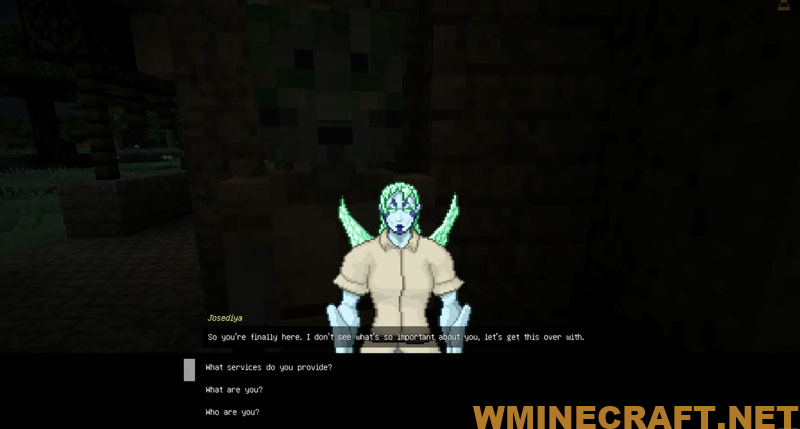 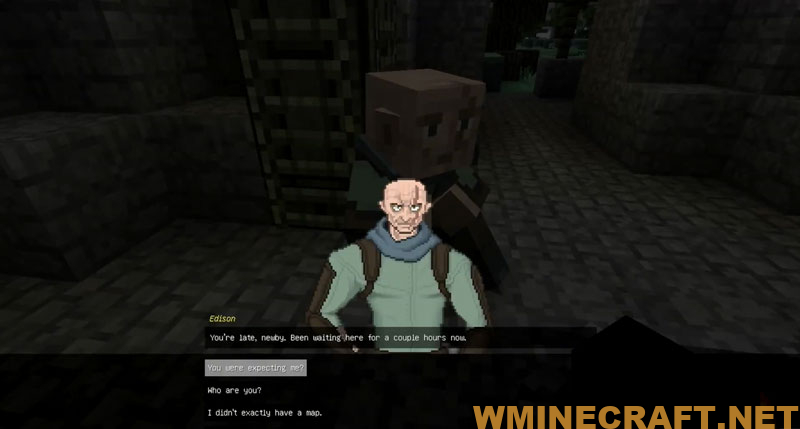 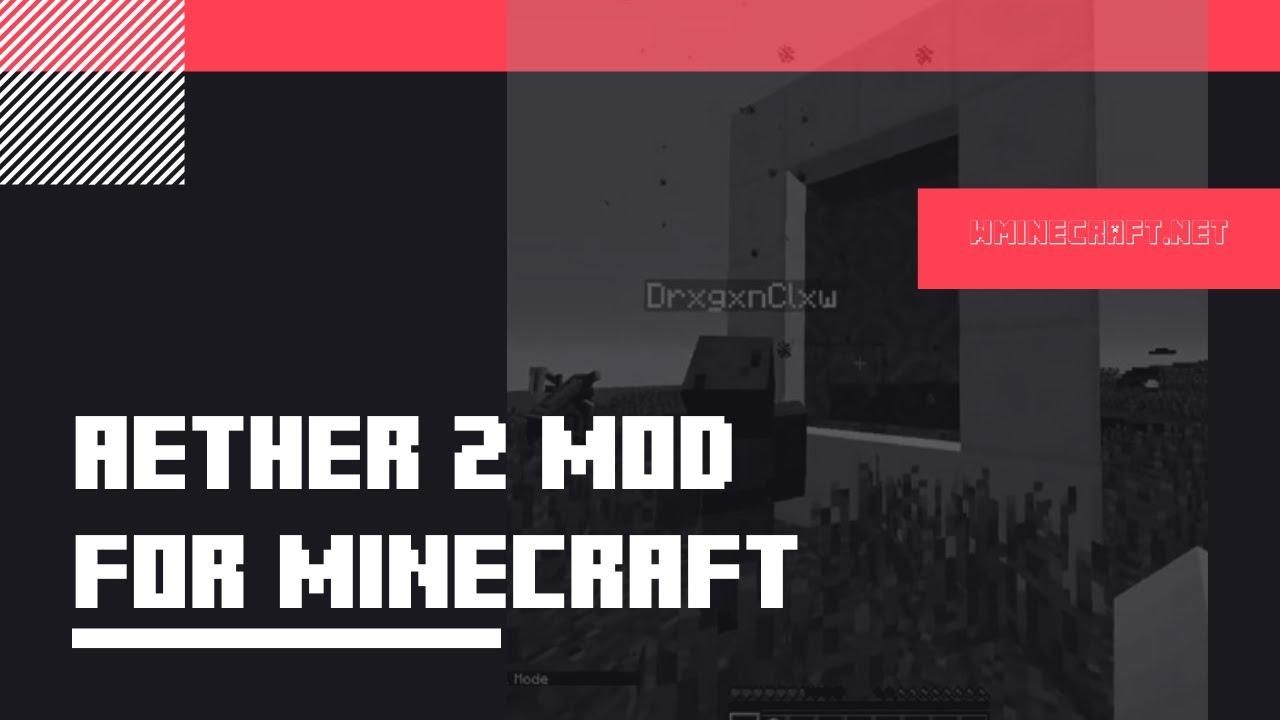