Do you enjoy the magic mods? If so, Forbidden and Arcanus Mod 1.18.1, 1.16.5 is perfect for you! This mod pack adds in a ton of magical themed items, blocks, weapons and more! You will have a blast using these new items to battle your enemies or decorate your home with. Be sure to download this mod today and start enjoying the magic! 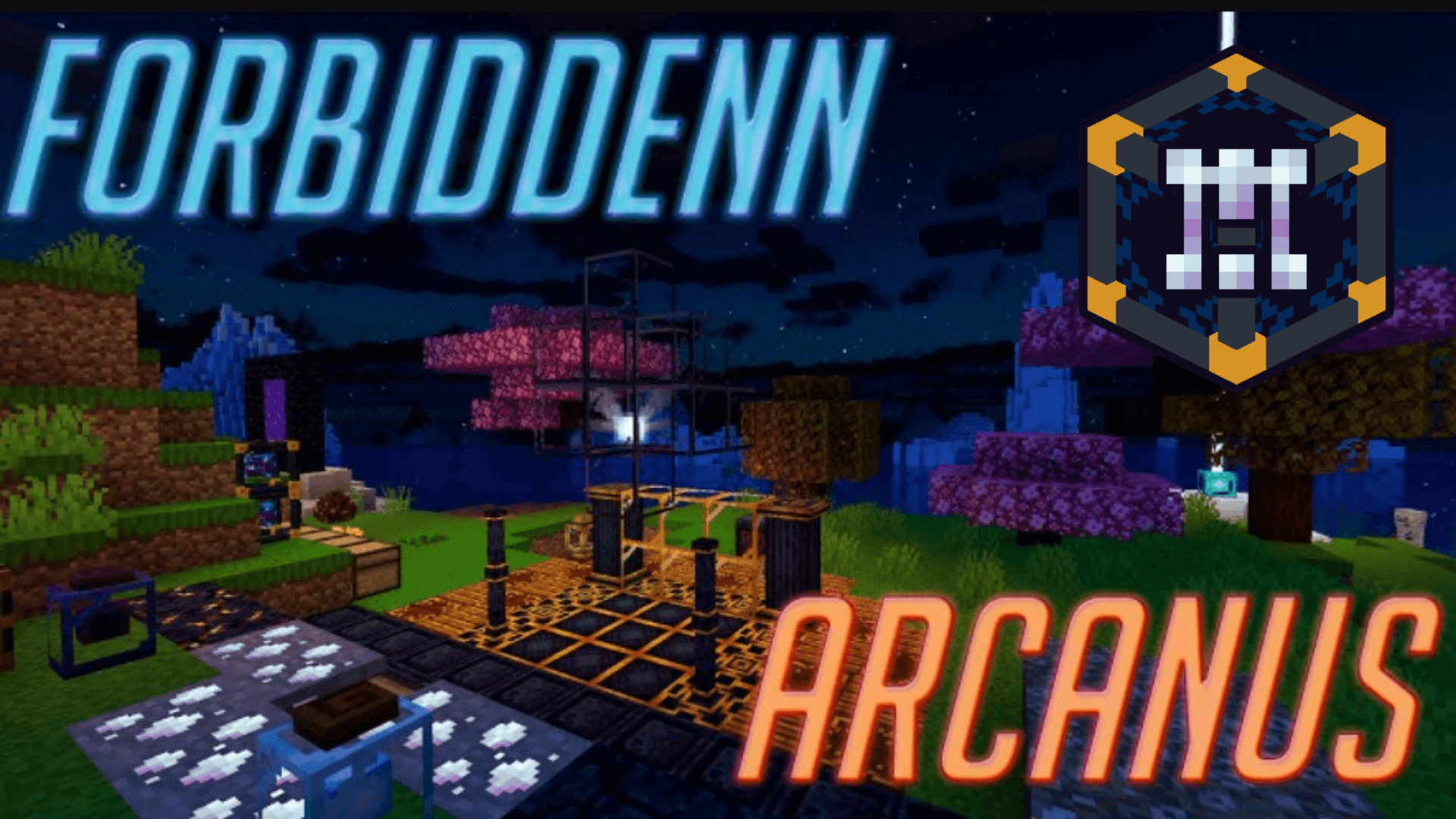 There are 5 new armor sets with corresponding tools. They are roughly as durable as iron armor yet offer greater protection than diamond durability. They also have a dangerous appearance.
Intense new weapons including the draco arcanus axe, arcane golden sword, and draco arcanus scepter, which fires potent energy balls, are also included by this patch.
Another fascinating instrument that extracts souls from soul sand is the soul extractor. You may create a wide variety of distinct soul stone blocks by converting it into soulless sand in this way! By doing a right-click while holding the soul that emerged from the block, you can transform it back into soul sand.
Additionally, Cherrywood, Mysterywood, and Edelwood are three additional trees. You’ll have a ton of new building blocks to choose from thanks to them.
Additionally, there is the Edelwood bucket, which can store four times as much water as a regular bucket.
The lantern and candelabra are two innovative candle-based light sources. You may get candelabras that carry one, two, or three candles!

How to install Download Forbidden and Arcanus Mod for Minecraft?

Follows 5 Steps below to install Download Forbidden and Arcanus Mod for Minecraft on Windows and Mac :

Enjoy Download Forbidden and Arcanus Mod for Minecraft, If there is an error, please comment on this article we will support.

Soul Extractor – Hold Right click on Soul Sand to get a Soul, the Soul Sand will turn into Soulles Sand.

Orb Of Temporary Flight – It can be found in End City treasure chests. Grants 5 Minutes of flight on use.

Pixi In A Bottle Block – To get them you have to right click on Bottle Block with Pixi inside your hand. Same with Corrupt pixi.

Aku Aku and Golden Aku Aku – Doesn’t have a use yet.

Draco Arcanus Scepter – It can shoot powerfull energy balls. Use it just like a bow.

Golden Orchid Seeds – Seeds can be obtained by crafting a Yellow Orchid together with 4 Arcane Gold Nuggets.

Seed Bullet – Throw it to receive a random Seed.

Chorus Pearl – Throwing it on an Entity will make it teleport away in a 50 block radius.

Bone Tools – Beside the use as Tool they can also be used as Bone Meal.

Spectral Eye Amulet – Applies the Glowing Effect to all Entities near the Player when in Inventory.

Xpetrified Orb – Use it to get 91 Experience Points.

Eternal Stella – Crafted from four Xpetrified Orbs and a Stellarite Piece. It can be right-clicked up to three times to fully repair all items in your inventory. Combine it in a Smithing Table with a damagable Item to make it Indestructible.

Mundabitur Dust – Used to transform stuff, for example it can be used to charge a Creeper or to create an Arcane Crystal Obelisk.

Strange Root – Rarely drops from Petrified Roots, can be used as alternative to Nether Warts in order to brew Akward Potions.

Spawner Scrap – Drops when breaking a Spawner, can be combined in a Smithing Table together with an Arcane Crystal Block to get a Quantum Catcher.

Quantum Catcher – Can be used to transport Entities.

Edelwood Bucket – Can hold multiple Fluids at once. Can also hold stews and some small animals.

Dark Rune – To get it, right click on Runic Tenebris Core. One Rune gives you One Dark Rune.

Arcane Crystal – It is such easy to find like Iron, but deeper.

Stella Arcanum – Can be found from y0 to y60, but it’s very rare. It will explode when you break it. Drops a Stellarite Piece.

Black Hole – You can create one by throwing Dark Matter together with Corrupti Dust on the ground. It will attract Items and delete them. It also collects Experience Orbs and once it absorbed enough, it will throw out a Xpetrified Orb. (-> Transforms Experience Orbs into Items)

Edelwood Ladder – Twice as fast as a normal Ladder.

Hephaestus Forge – Not implemented yet, but it will be an important block in the future. You should already collect some Stellarite for it. 🙂

Arcane Crystal Obelisk – Created by placing two Arcane Crystal Blocks on top of an Arcane Polished Darkstone and right-clicking one of the three blocks with Mundabitur Dust.

Cherrywood – Generates in Plains Biomes, very common. Can be used for building.

Mysterywood – It only generates in Flower Forest Biomes, so it’s very rare.

Edelwood – Only generates in Dark Forest and Dark Forest Hills Biomes, can also be crafted. Smelt it to get Dark Matter.

Dark Beacon – Not implemented yet.

Arcane Dragon Egg – It’s just a decoration for now. (will maybe get a use soon) 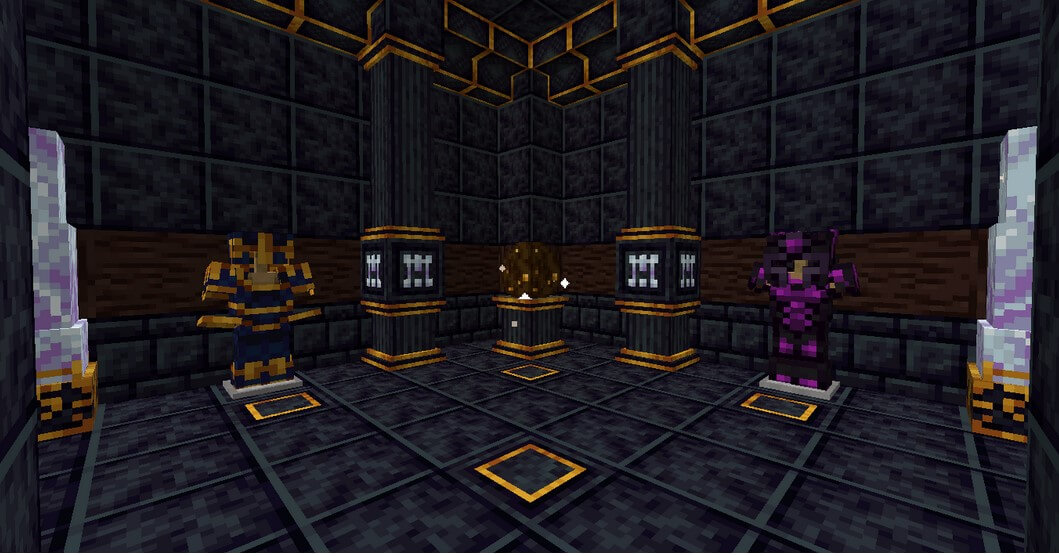 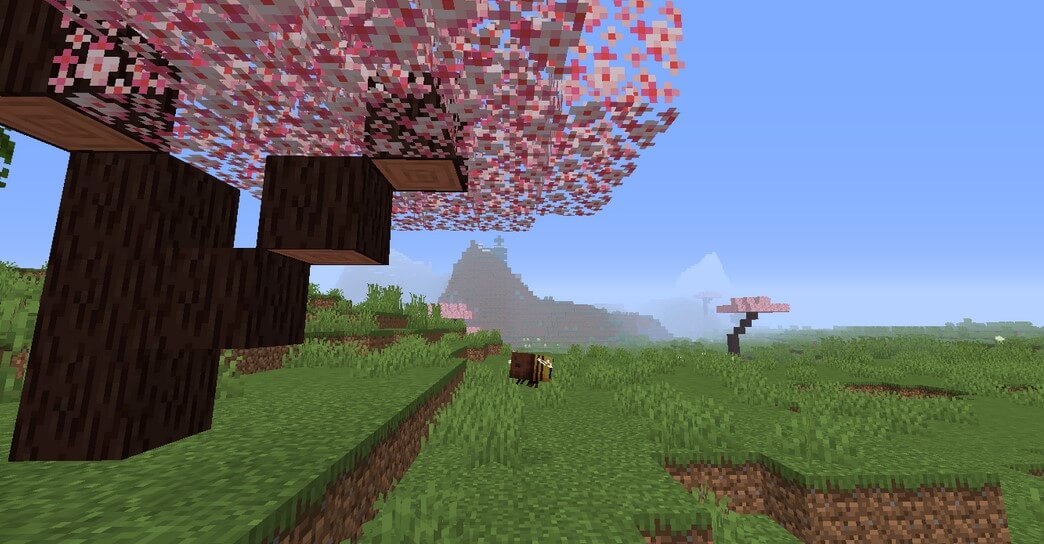 Lost souls transformed into trees … Who did it? 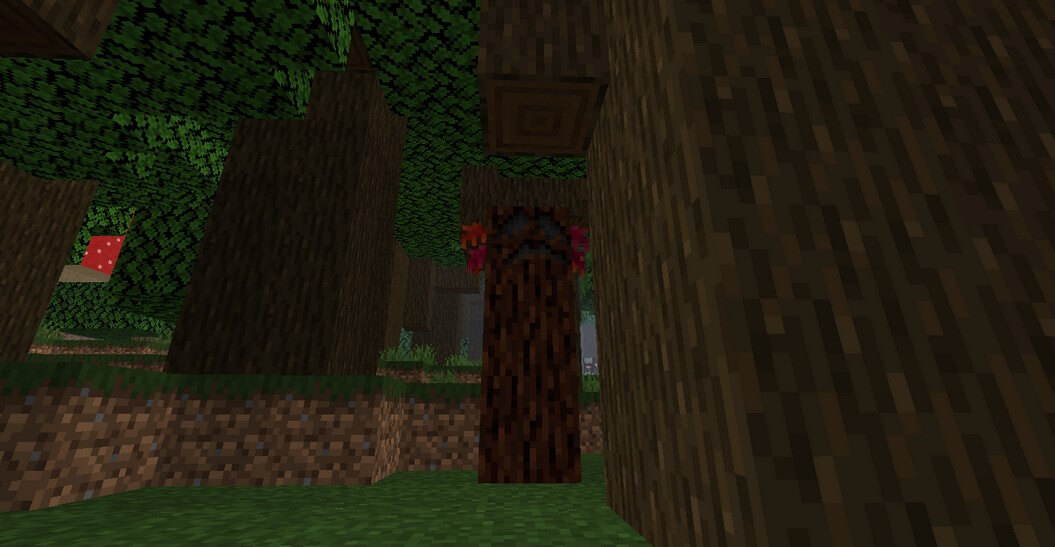 Transport, Capture, and Tamed! What a beautiful fish [it’s vanilla] 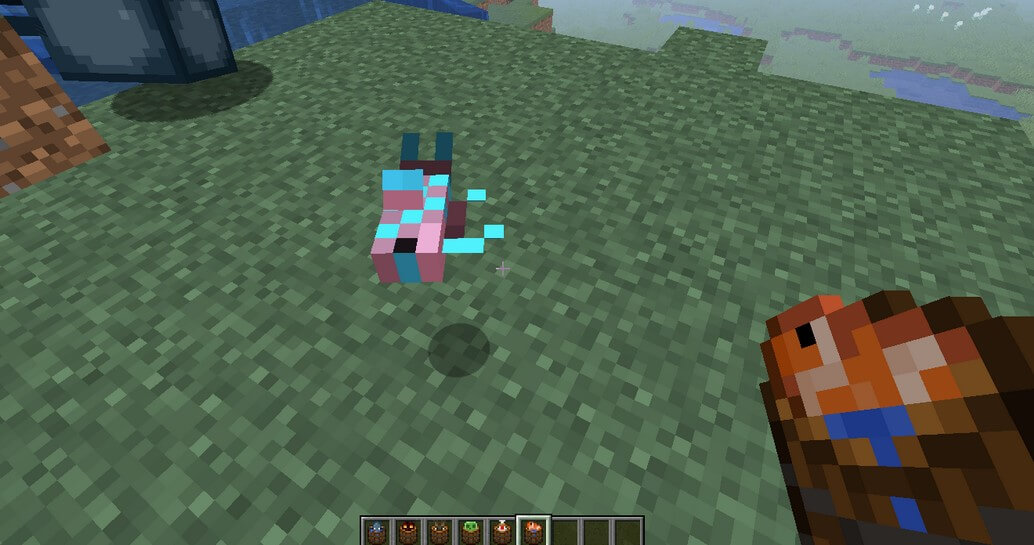 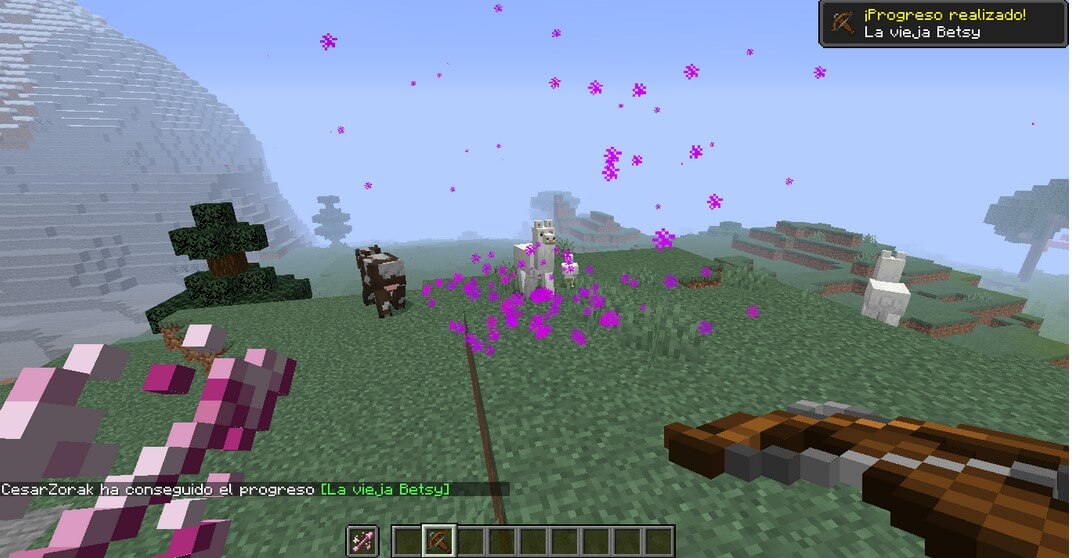 Or have fun launching magic projectiles! 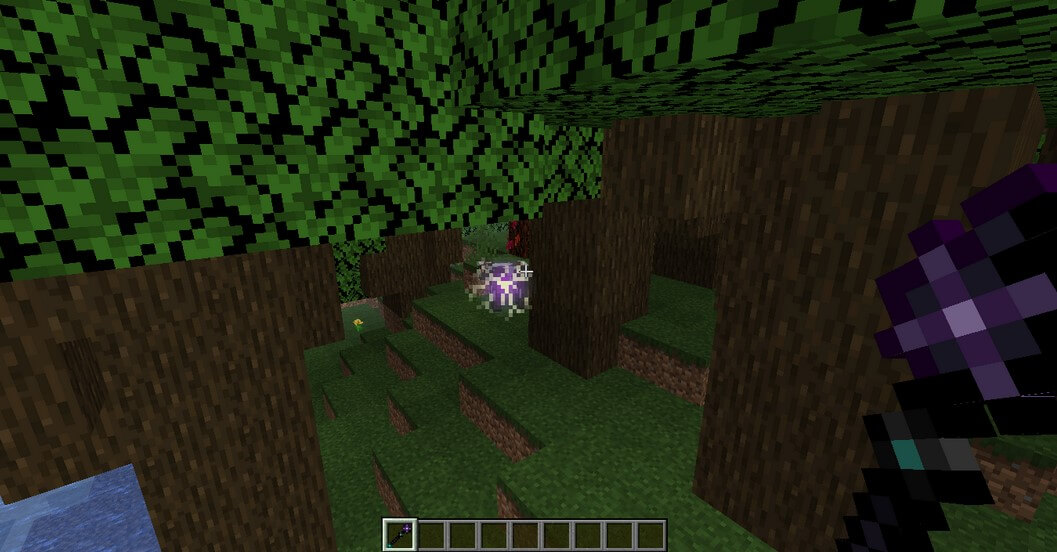 First steps to be a master of forbidden and arcane magic! 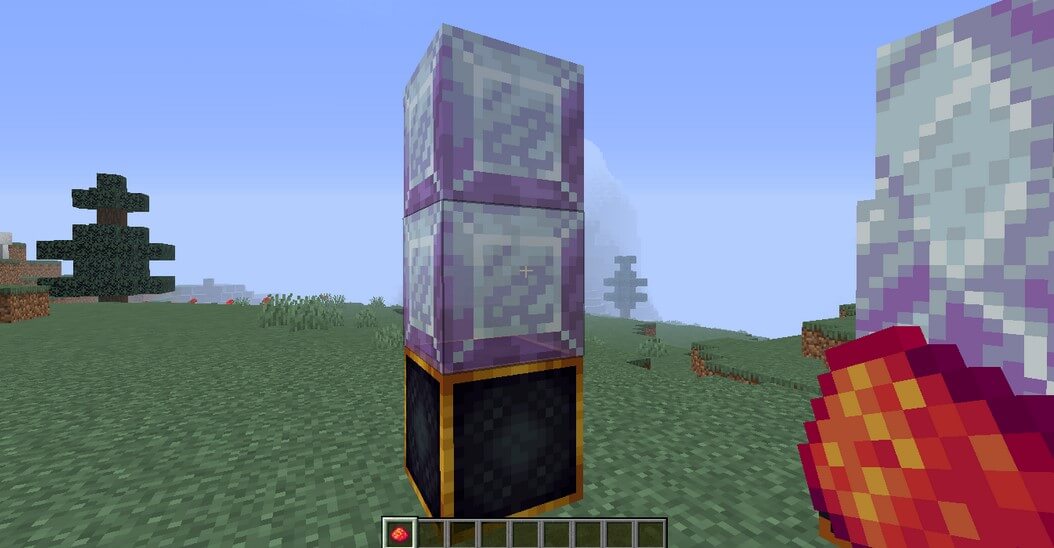 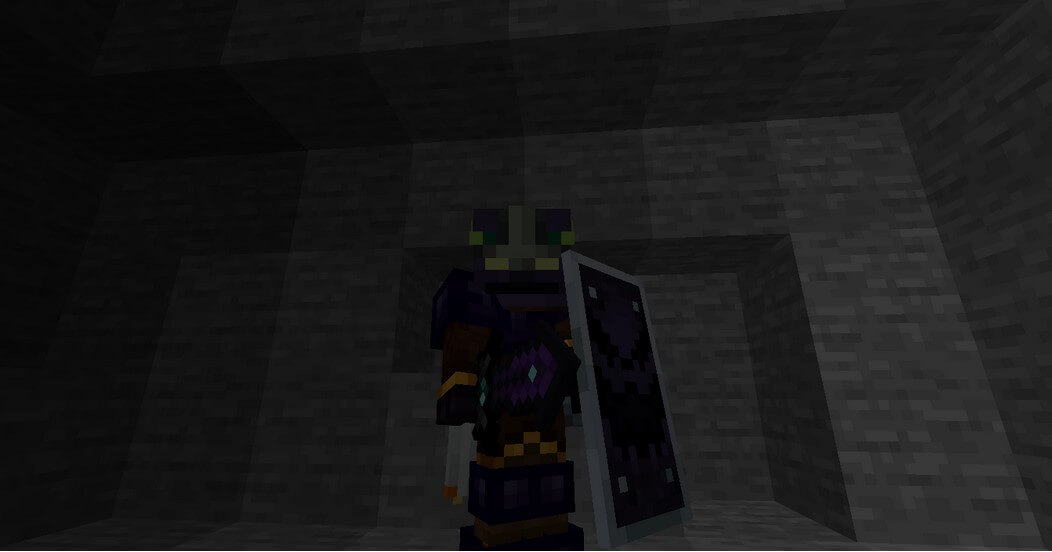 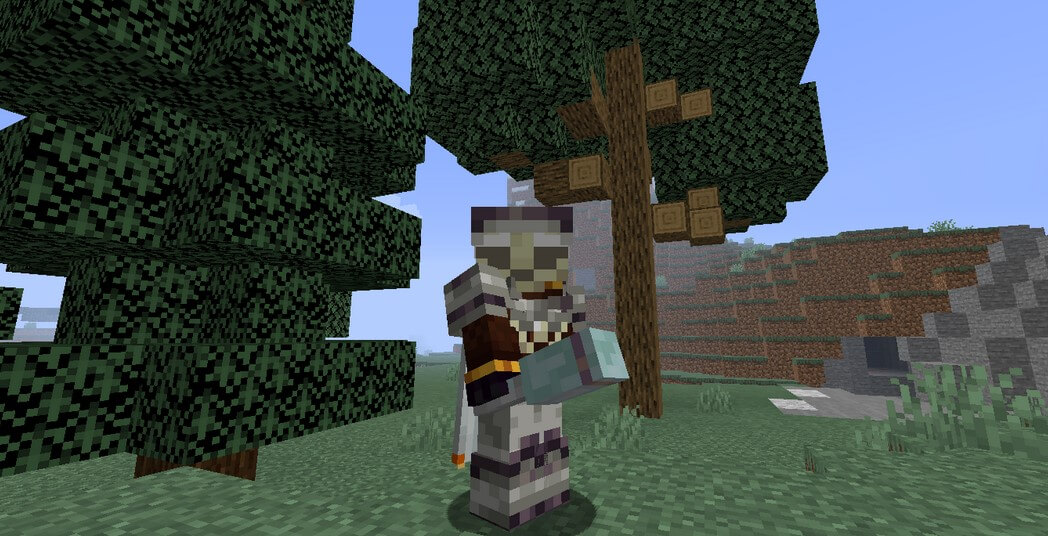 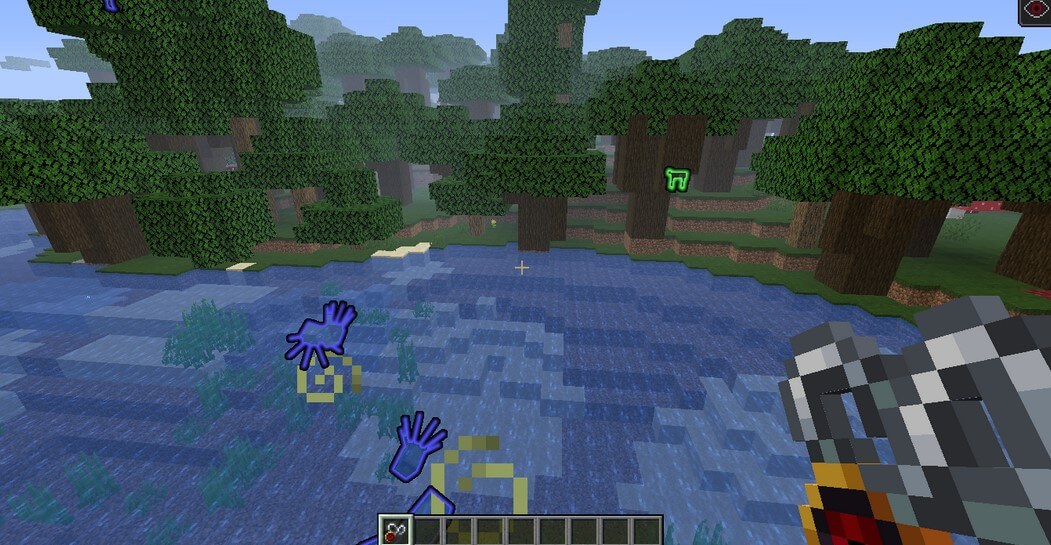 Has anyone lost their arm? Discover! 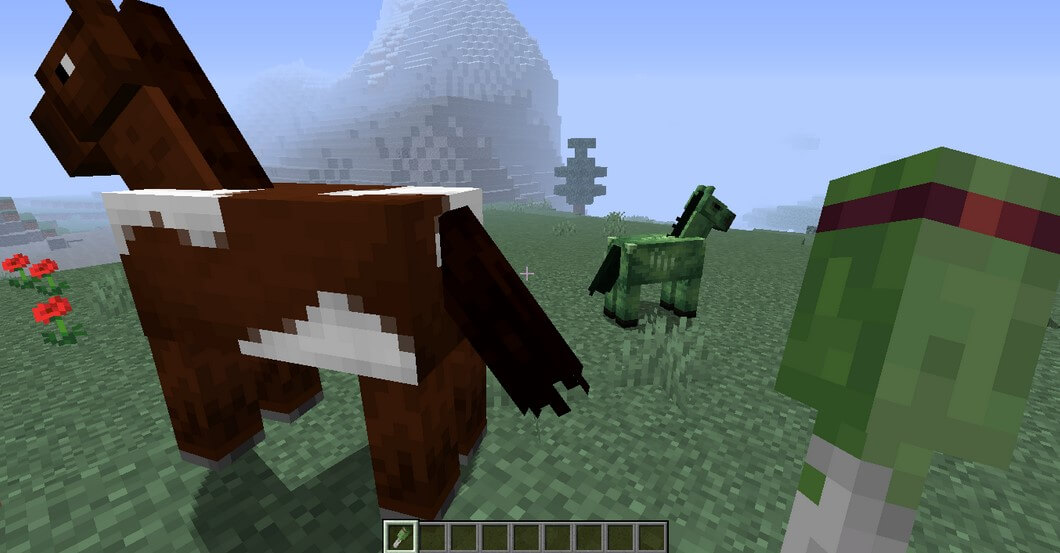 Don’t forget to read “The Book”. [In development] 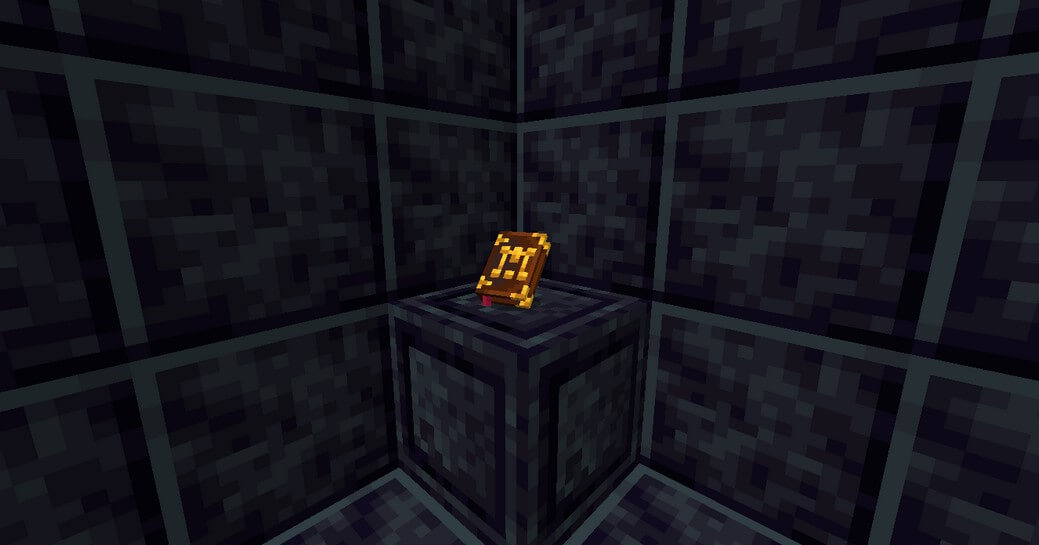 Q: Can I use multiple Trinkets at a time?

A: No, you can only use one Trinket at a time.

Q: How many different Trinkets are there?

A: There are 22 different Trinkets. One for each element, and each with a unique effect in addition to their main effect. Each Trinket has its own unique texture as well as its own unique item icon and colored name in chat. The total number of possible combinations is 7,072!

Q: Are the effects of the trinkets permanent?

A: Yes, they will stay with you until you die or remove them from your inventory or hotbar. The effects do not stick around after death or deletion of items on the ground (such as when mining).

Q: What happens when I remove one or more trinkets from my inventory or hotbar?

A: When one or more

Congratulations on successfully installing Minecraft Forge and experimenting with Forbidden and Arcanus Mod for Minecraft downloaded.
If there are errors, please comment on this article.