If you’re looking for a new and exciting zombie to add to your Minecraft world, look no further than the Rotten Creatures Mod. This mod introduces a whole new type of zombie that is realistic, scary, and unique. These zombies are based on real-life creatures, and each one has its own unique traits and behaviour. This mod is sure to add a whole new level of excitement to your Minecraft experience! 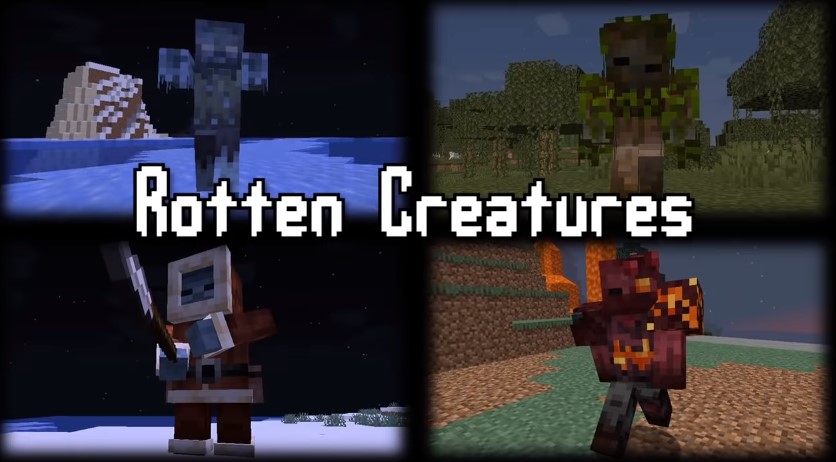 – The likelihood that a Zombie will convert into a Frostbitten when it dies in fresh snow depends on the difficulty.
The target will be frozen while under attack; the length of the freeze depends on the difficulty. It currently spawns in cold biomes.
– On Baby’s death, it will cause a snow blast and apply Freeze to any adjacent entities. – It will attack any Burneds on sight. – When walking on water, it will turn it into ice, similar to the Frost Walker Enchantment.

When eaten, there is an 80% chance that Freeze will be applied to the user. It can be used to brew the Freeze Effect. Dropped by Frostbittens.

It has the following effects when applied to an entity:

– When frozen, an entity loses the ability to jump;

– When frozen, an entity shakes and receives frozen hearts as well as a frozen screen;

– When frozen, an entity also receives a frozen screen;

– When frozen, an entity loses the ability to jump.

They’ll spawn underground in any overworld biome and below sea level, and they’ll block the sun’s rays similarly to skeletons.
You monster, there aren’t and won’t be any baby versions for this mob.
– Comprises four ranks: Each version can be distinguished by their pickaxes and has a distinctive loot, with Stone being the most common, Iron being uncommon, Diamond being the rarest, and Gold replacing any Stone variants at Mesa biomes.

– It now spawns in swamp biomes – When attacking, it will leap toward the target – When attacking, it will behave differently:
If it’s an adult, it will cause blindness and poison, the duration of which depends on how difficult it is. If it’s a baby, it will explode and release a poisonous cloud that lingers.
– Its movement speed will be accelerated while on the water.
– It has a 50% chance upon dying to leave behind a lingering cloud of poison.

– The likelihood that a Zombie will become a Burned after dying in lava varies with the level of difficulty.
– Only spawns at the nether wastes right now – Comes in three different varieties: Obsidian, Crazy, and Normal
– When attacking it, the victim will catch fire; the length of time depends on the difficulty.
– Drops Magma Rotten Flesh and attacks any Frostbittens it sees

+ It will change into the Crazy Variant when in low health. While in this condition, will spew lava particles, the Crazy Obsidian Variant will emit obsidian tear particles, and When crazy, it boosts its attack power, knockback resistance, and speed when moving. The likelihood of a Crazy Variant naturally spawning is 0.5%.

When in contact with water, it changes into the Obsidian variant (with the exception of rain and splash potions), and when in contact with lava, it reignites. When it is Obsidian, it gains resistance to fall damage and becomes impervious to projectiles. It also increases attack power and knockback resistance, but slows down.

When consumed, there is a 50% chance to give the user fire resistance, but a 50% chance to also set the entity on fire. They are dropped by burneds and may be used as furnace fuel, although it takes three of them to cook a single item.

Rare opportunity to spawn in biomes with snow. 50% of the time, his wolf will spawn close to him. There is a 40% probability that he may emerge with a spear.

When he strikes a player, he activates Slowness II. (Depends on level of difficulty)

It has the potential to drop a Raw Cod if you punch it. Even with other things, every hit matters.

Glacial Hunter with a Spear: Increases knockback and range of attack. He has no slowing effect, though.

Rare opportunity to spawn in desert biomes. The likelihood of his version (Ancient Mummy) appearing is 35%.

– When Mummy strikes a player, Hunger III is applied. (Depends on level of difficulty)

– He has a small chance to spawn a beetle when he is pursuing an object.

– Two or three beetles spawn if this mob dies.

– Instead of normal beetles, the Ancient Mummy may conjure flying beetles.

Only spawn in the Desert Pyramid in the future.

Drops: 1 Treasure Chest, 1-2 Rotten Flesh, and the same treasure table as the Shipwreck’s chests. He could drop that block if he passed away carrying a TNT barrel.

– He is resistant to knockback.

– This zombie may generate Skeleton Pirates or Zombie Pirates if he moves.

– When Dead Beard’s health is low, he pulls out a TNT barrel, and in 5 seconds, he explodes. The drips don’t appear if he explodes.

There is a 100% chance that a trident will drop during a thunderstorm, whether it has Channeling I, Riptide I, or no enchantment.

A regular Trident has a 10% probability of falling without a Thunderstorm.

All of Overworld will spawn during a Thunderstorm. (Absolutely Rare).

– When he strikes a player, he channels effect.

– If he is struck by lightning, he will regain his life.

– He has the ability to infect or transform zombies. (Zombie changes into Zap, a brand-new Immortal offspring.)

– When he is low on health, various lightning bolts emerge nearby, and he moves faster.

– When hit, the immortal moves randomly.

– He is capable of a “dash attack.” His life is restored when this attack is over. 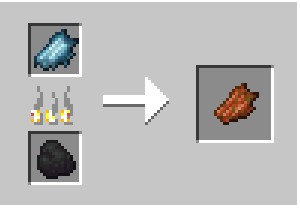 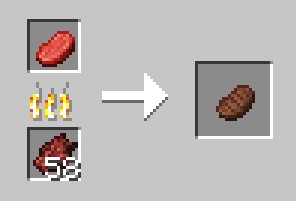 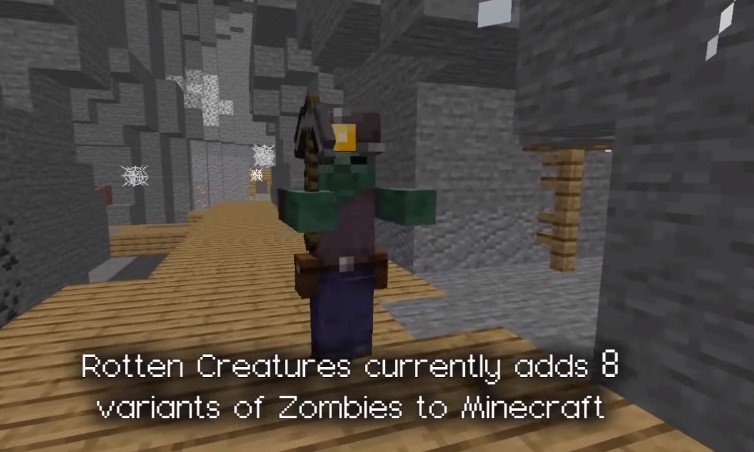 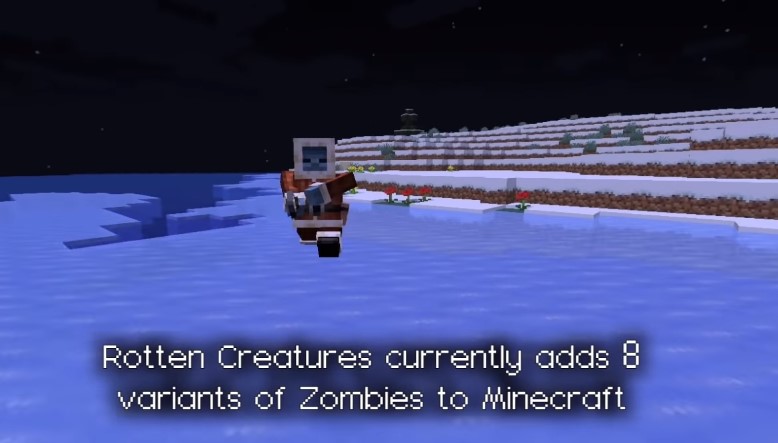 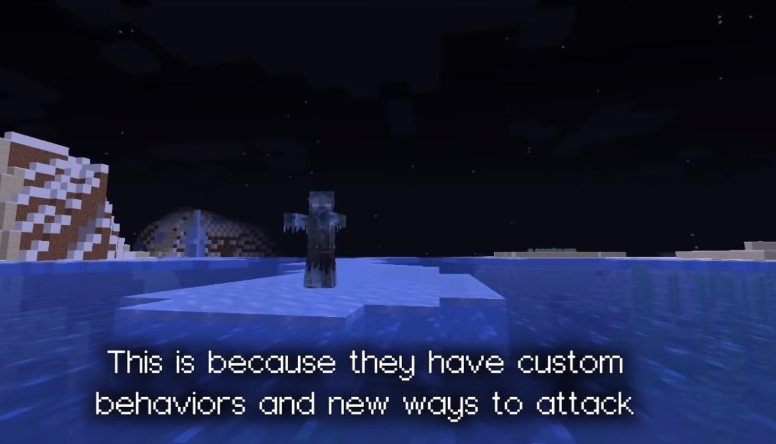 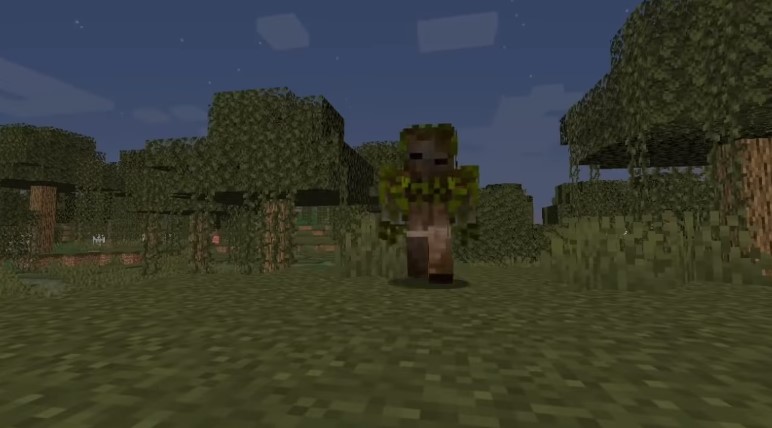 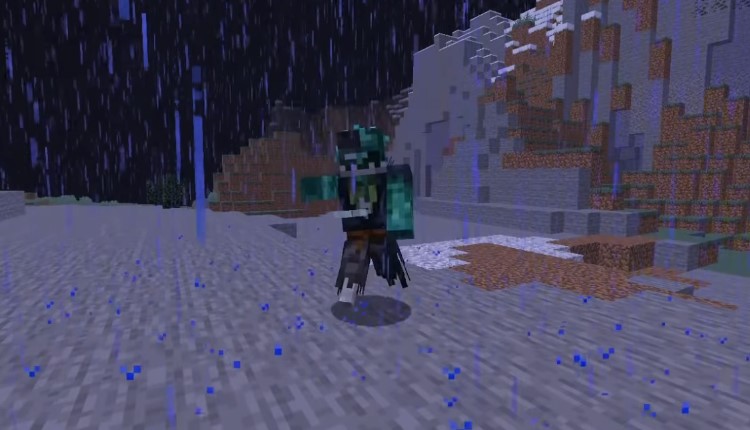