As a fan of Marvel movies, you must know about Infinity Gems and Gauntlet. Now, you get an opportunity to experience their powers with the Infinity Gauntlet Mod for Minecraft.

Do you like the movie: Avengers: Infinity War? If the answer is yes, you will be interested in the Infinity Gauntlet Mod for Minecraft. Read on to learn more details about this mod.

About the Infinity Gauntlet Mod

This mod provides the Infinity Gems and Infinity Gauntlet in your Minecraft games. Once you play the game with this mod, you should spend time to find and discover these Gems. If you can utilize their extreme powers, you will get to enjoy their abilities in Minecraft.

For example, they help you kill anything that stands in your way. Or you can use them to set mobs to attack each other, even teleport across the land, and many more.

Discover the Gems and their powers

If you are a fan of the Marvel movie, you will understand the power of Thanos Infinity Gauntlet. And in this mod, you should harness that power.

To create the Infinity Gauntlet, you need to assemble all 6 gems, some gold, and a diamond. Once it is created, it can combine the Gems’ true powers and bring out extreme powers.

Features of the Infinity Gauntlet Mod

Like the Gauntlet in the movie, the Infinity Gauntlet in this mod combines all the Gems’ powers. Players can change the Gem abilities by pressing the Change Gauntlet Mode. Besides, the Gauntlet has its own abilities. It can stop the sun from moving and also reverse the sun’s movement. 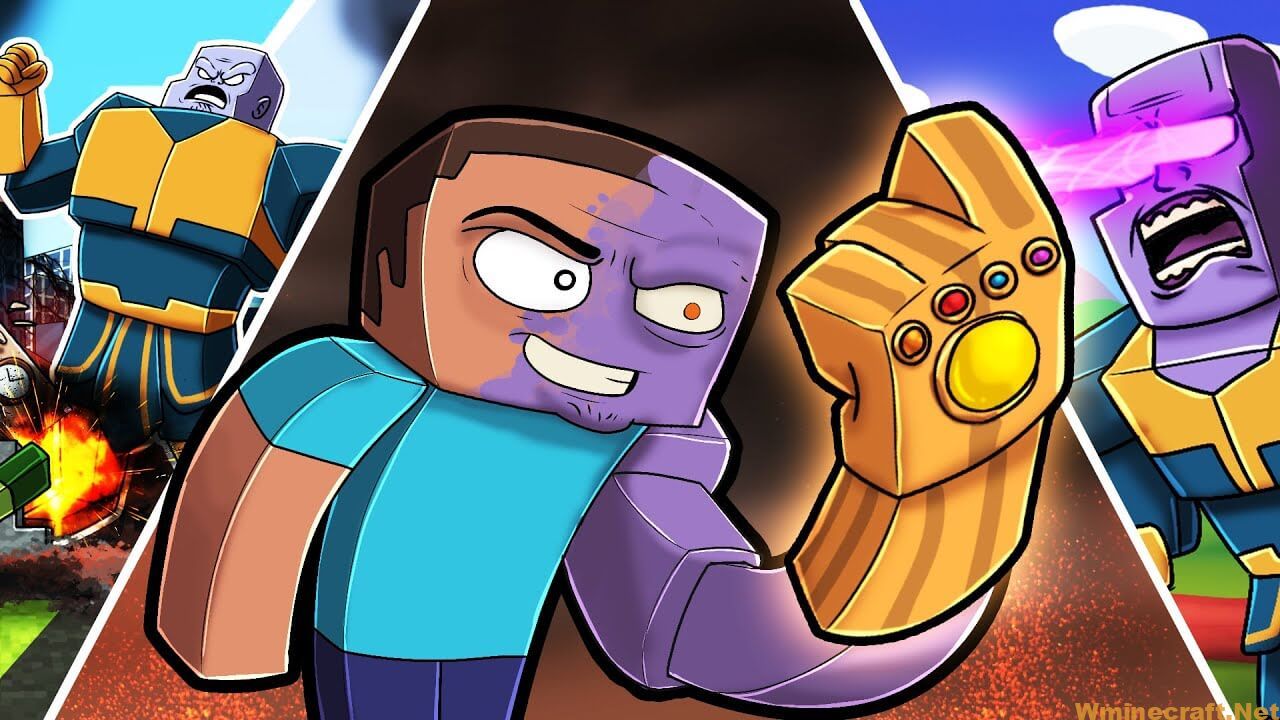 One interesting thing when you use the Infinity Gauntlet is that you need to hold the right mouse button to activate each Gem’s new abilities. If you don’t hold the right mouse button, you can’t use the Infinity Gauntlet Gem ability. But you will get the standard Gem ability. Also, the Gauntlet will make a ringing sound when the special abilities are activated. You might need to spend more time holding down some Gem than the others. 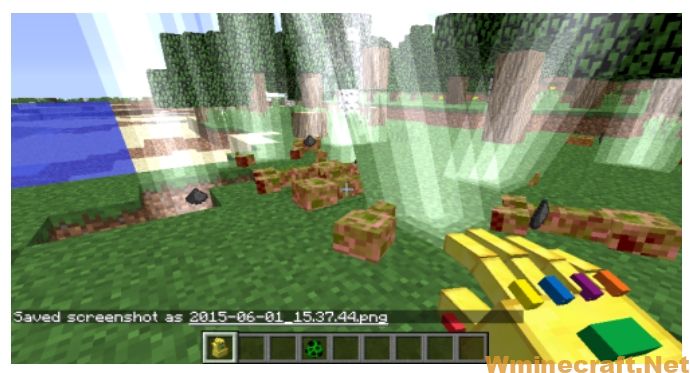 Each Gem has its own ability and power

As mentioned earlier, each Gem has its ability. And we will discuss them now. The first one is the Power Gem that can summon a thunderbolt and damage the entities and affect all entities nearby. Mind Gem not only drains the XP of a player in your crosshair but also gives them debuffs. Meanwhile, Soul Gem can bring you to the Soul Gem Dimension and lock you there. And Space Gem transfers you to a spawn point of a Different Dimension. 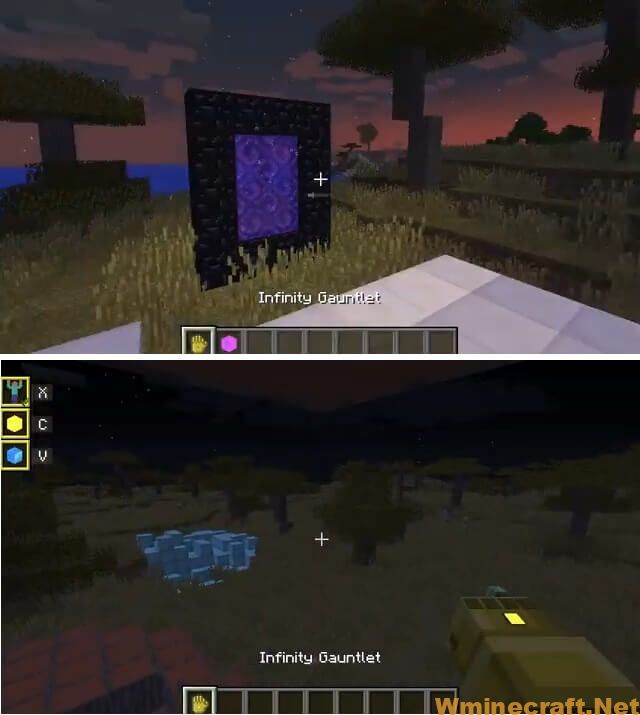 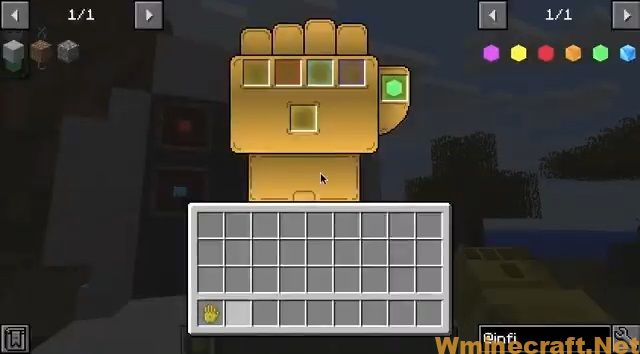 Time Gem transfers the entity in your crosshair to the spawn point of the current Dimension. There is also a Reality Gem which removes Creative Mode from a player in your crosshair. If you want to see the fire particles, just fire the Power Gem or Gauntlet in its Power gem state. On the other hand, Space Gem and Soul Gem show you portal particles at the teleported entity. 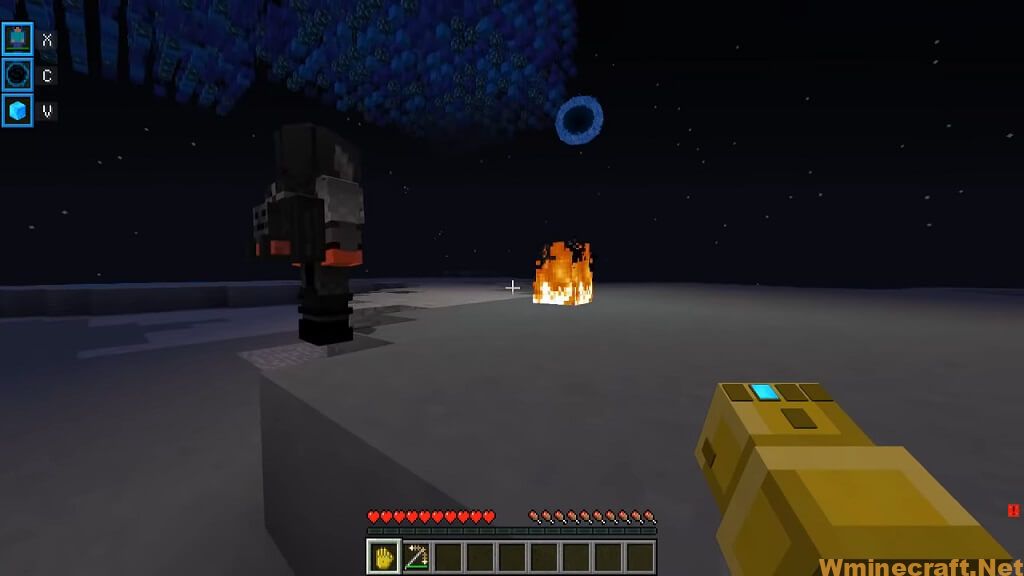 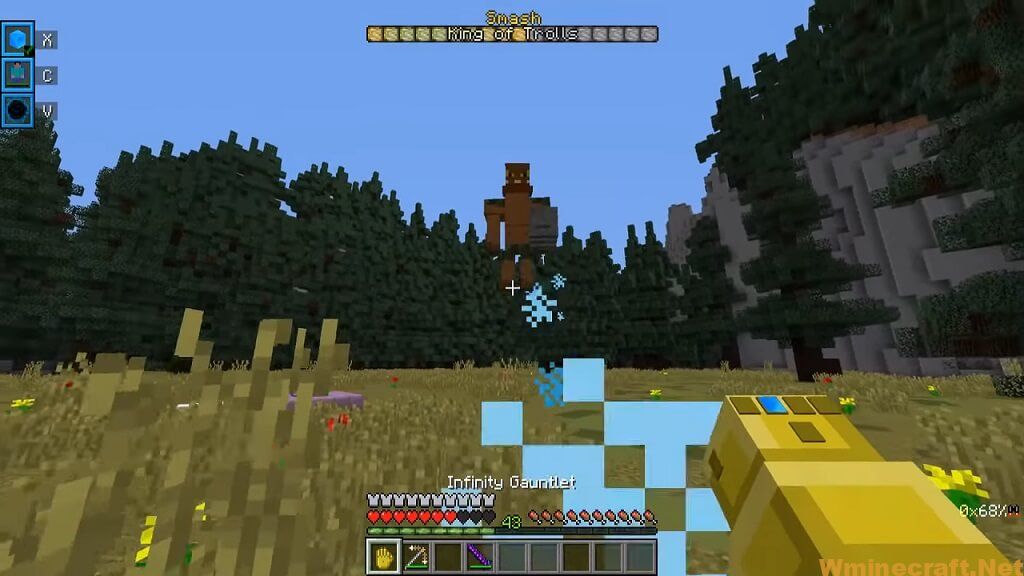 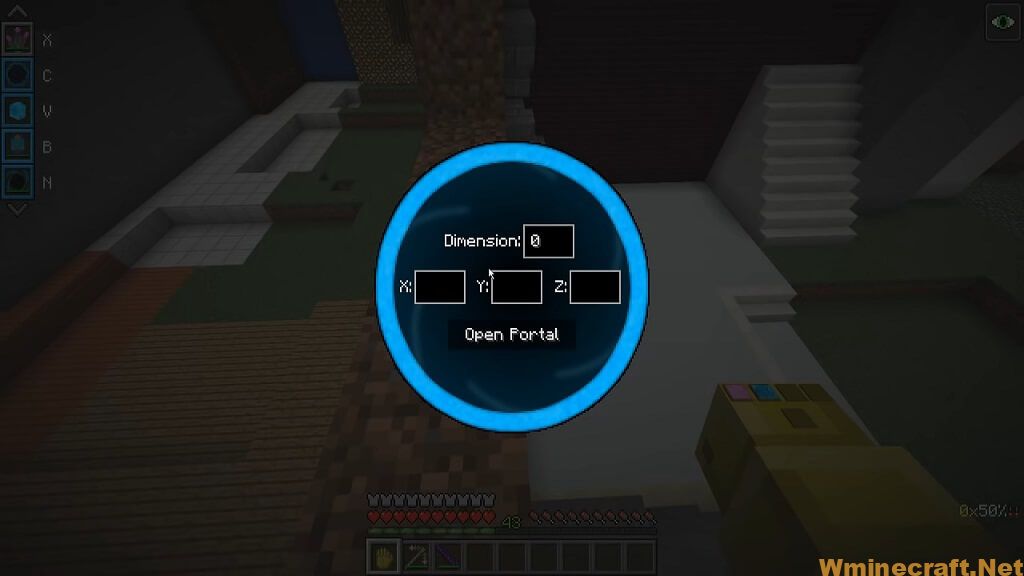 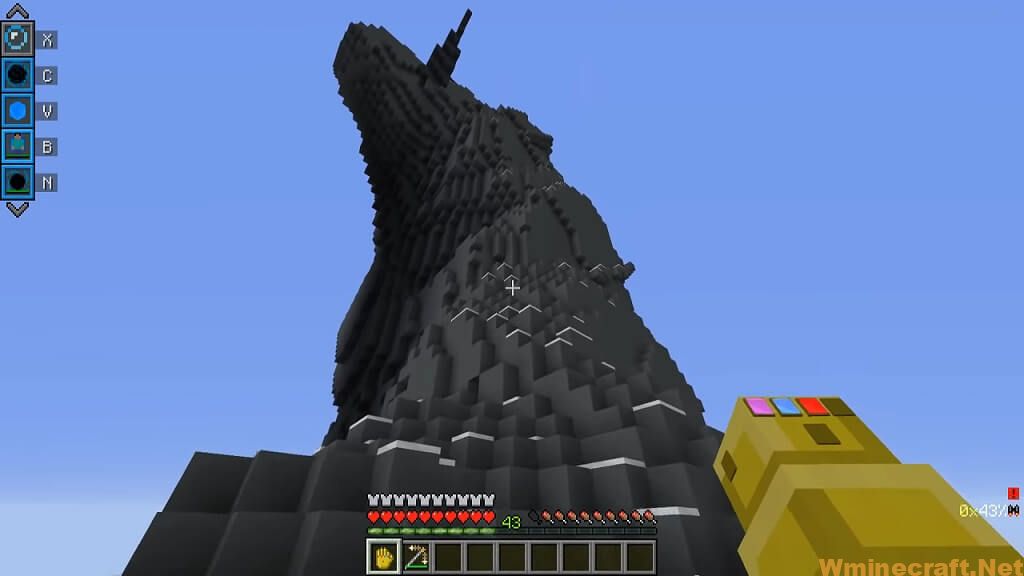 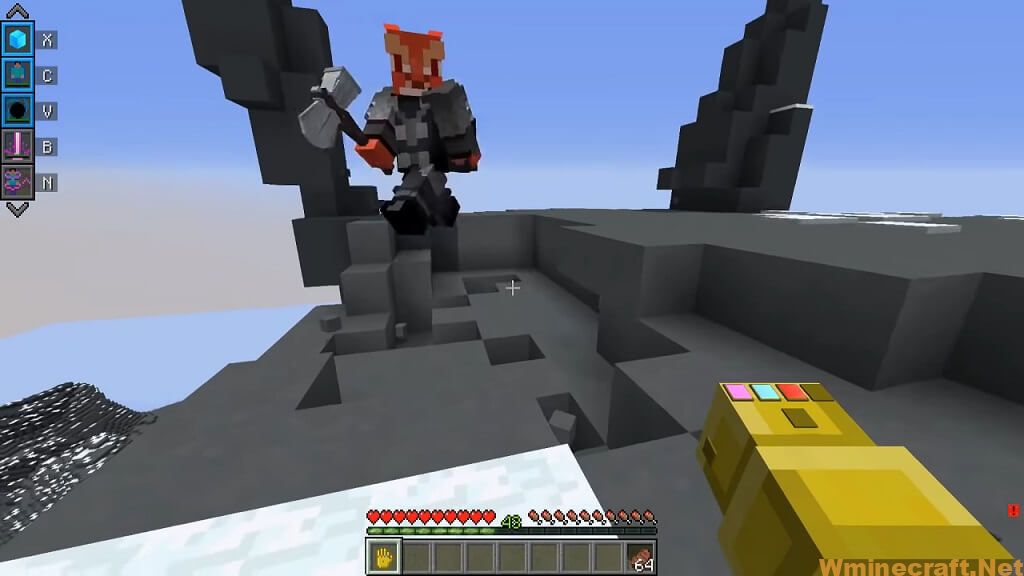 As you can tell, the Infinity Gauntlet Mod is an exciting mod for Minecraft that you should play. It’s time to experience the powers you wish to have in your favorite game!

Once you have all 5 gems, a diamond, and 2 gold ingots. You can craft the Infinity Gauntlet.

Spawning in the Gems and Gauntlet

You can spawn them in with the command. You will still need OP privileges.