Baby Mobs Mod 1.12.2 for Minecraft is a mod that creates a few small mobs from mobs in ancient Minecraft. It is also known as the “Baby” version.

So, what features does it have? How is its experience? 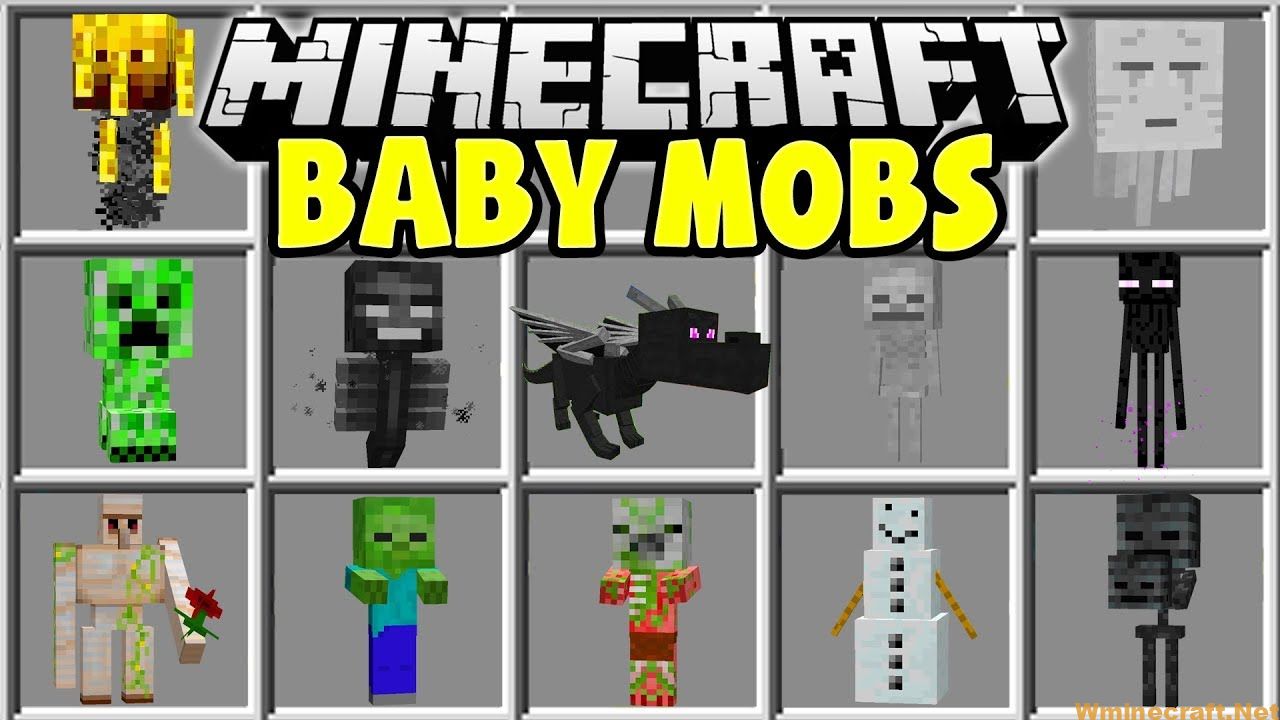 Baby Mobs Mod for Minecraft is a mod that creates a few small mobs from mobs in ancient Minecraft. This article will help you know about Baby Mobs Mod.

The common feature of this mob is that it looks very cute, unique. It allows you to deploy child versions of Minecraft mob. It includes almost all vanilla Minecraft mods like Blaze, Cave Spider, Skeleton, Wither, Witch, Enderman, Dragon, Guardian, and many others. These versions all look like the other simplified miniature versions, but they all have special abilities in battle. It may even be able just to assist you.

Not only that, in this mod, there are many other special features for you to try. It has 18 new items with various achievements. You can also manually adjust the speed of each mod via a configuration file. Along with all other things, the mod is entirely compatible with Survival Single Player and Survival Multiplayer. 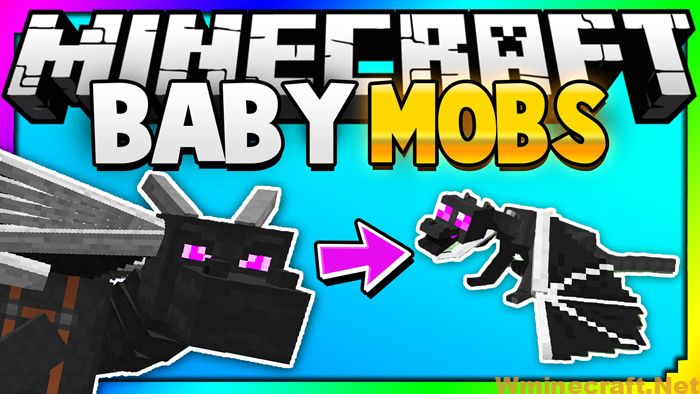 Baby Mobs Mod 1.11.2 / 1.10.2 for Minecraft will create a child of all kinds of mobs available in classic Minecraft. Do Minecraft players wonder if the mobs walking around Minecraft’s map know how to give birth to children like animals? If not, how could they appear more after being killed by the player? Baby Mobs Mod is a mod that focuses on adding Minecraft “childish” versions of mobs, in addition, they will have special “unique” abilities that you see for the first time. Below is a list of these mods: 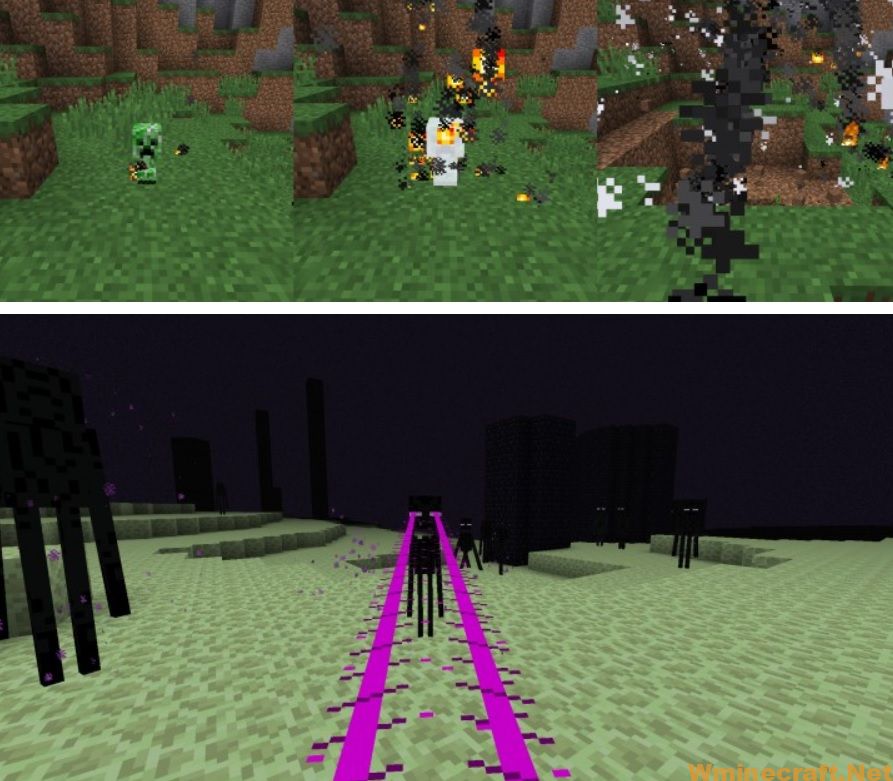 The Baby Enderman dislikes being looked at even more than the Vanilla Enderman does. It will target anyone that looks at it and shoot a laser beam!.

The Baby Ghast will shoot large, flaming fireballs that explode into a burst of embers on contact.

Baby Guardians will not only inflict thorns damage when they’re attacked, like the Vanilla Guardian, but they will also push out their spikes for a short while. This protects them from damage slightly and will hurt anyone that gets too close!

The Baby Snow Golem can create a snow layer beneath it like the Vanilla Snow Golem, but it also freezes any water that it steps on as well. The snowballs that the Baby Snow Golem throws also have a freezing effect on impact that gives a slowness effect.

The Baby Spider can also spawn a cobweb on you to keep you from running away! The cobweb will disappear over time or can be broken with a sword or shears.

The Baby Squid will release a puff of ink, that will blind anyone that swims in it, when it is attacked in water.

No witch is complete without her faithful black cat companion, right? The Baby Witch will spawn a black Baby Ocelot that will follow it and attack any player that gets too close.

Hope this article has provided you with useful information. Download Baby Mobs Mod for the most exciting experience. 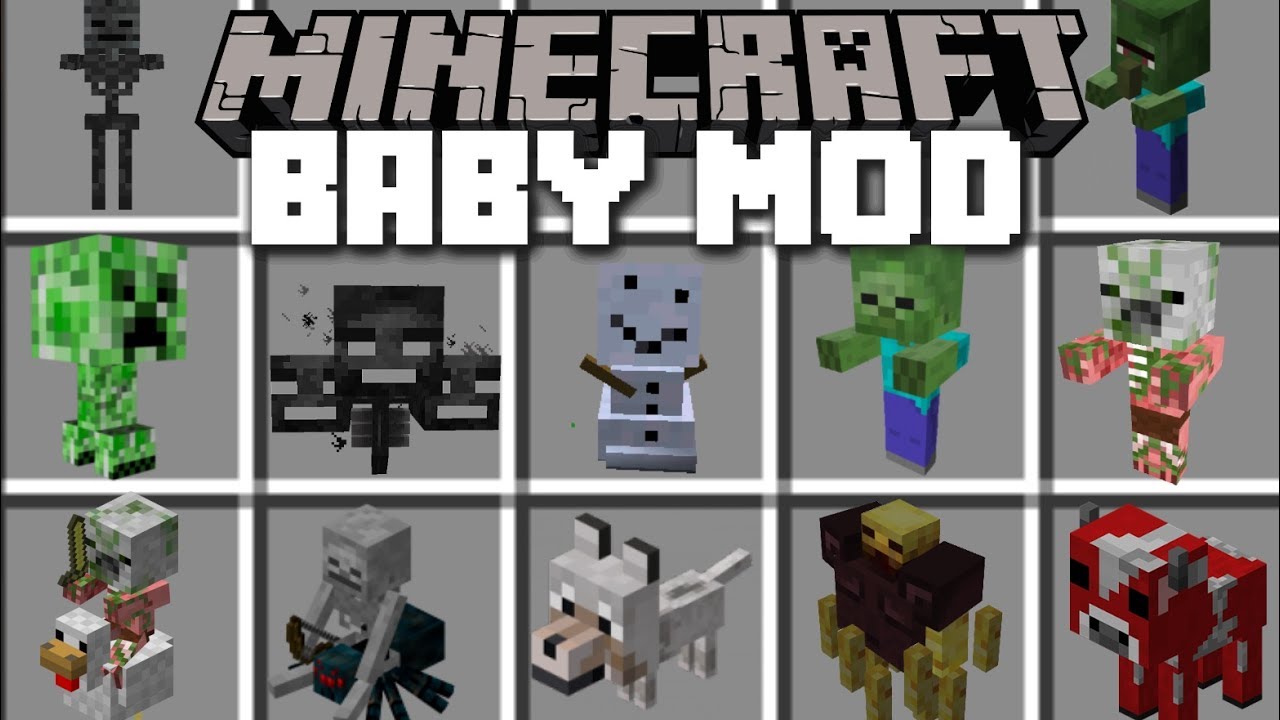 How to install Baby Mobs Mod?

Make sure you have already installed Minecraft Forge. - Download the Baby Mobs Mod. - Locate the minecraft application folder. - On windows open Run from the start menu, type %appdata% and click Run. - On mac open finder, hold down ALT and click Go then Library in the top menu bar. Open the folder Application Support and look for Minecraft. - Place the mod you have just downloaded (.jar file) into the Mods folder. - When you launch Minecraft and click the mods button you should now see the mod is installed.

How to Config Baby Mobs?

The config can be changed from two different places: the babymobs.cfg file and the in-game config editor.

Note: If the config folder or babymobs.cfg file is not there, load up Minecraft, with Baby Mobs and Forge installed, and join a world to generate them.

Config Variables
Use Special Abilities toggles whether the baby mobs will use their special abilities. If this is turned off, baby mobs will behave like their adult counterparts.
Spawn Rates is the percentage of adult monsters that will be replaced with their baby counterpart when they spawn. For example, if Baby Blaze is set to 25, there is a 25% chance that any Vanilla Blaze that spawns will be replaced with a Baby Blaze.