Minecraft has its name for a reason. The game is all about crafting and building. These mods aim to alter the crafting side of Minecraft. Some make you craft more, and some let you craft less. Regardless of your views on crafting, there’s definitely something in here for you!

Back in the day, I tried making a Minecraft modpack. After all, making a modpack is just slapping a bunch of mods I like together, right? How hard could it be?

It was easy for the first 10 or so mods.

And then things stopped working. Sometimes, the game even stopped starting up.

Why?
Well, one possible reason might be that you have conflicting recipes. Essentially, two mods have the same crafting recipe for one item and this causes the game engine to have a mental breakdown.
Polymorph would have saved me (and my game engine) a lot of stress.

When faced with conflicting recipes, this mod calms your game engine down by saying “hey, chill out.. Why not both?” If multiple items share the same recipe, you can simply pick the item you want from a list that pops up on-screen!

Minecraft is a game about placing blocks to build anything you can imagine. At night monsters come out, so you need to build a shelter before that happens. During the day, you explore the world and gather resources to build better tools and armor so that you can survive at night. Crafting in Minecraft is essential to your survival, but the default crafting tables in the game are missing the artistic part of arts and crafts. Tinker’s Construct makes crafting feel a lot more creative by adding new materials as well as new crafting/smelting blocks, which allow you to craft tools in a more detailed and meticulous way. You can do this by crafting individual parts, and then putting those parts together in mix-and-match fashion. With Tinker’s Construct, Minecraft feels like a truecrafting experience!

Mods in video games are beautiful because they allow you to do the impossible. Uncrafted is no different. This mod allows you to craft the uncraftable!

Ever wanted to make a bedrock base? Now you can. With this add-on, all of the items that were once unavailable to you are now at your fingertips. Or maybe you want to craft a creeper spawner so that you can eternally punish creeperkind for blowing up your dog, and then blowing up the grave you made for your dog? Whatever your reasons are, you can now craft all of these items and more. If you don’t like the default crafting recipes that come along with this add-on then you can even configure it to your liking. So what are you waiting for? Get downloading!

This is a great crafting mod for people that hate crafting. It automates the process, so you don’t have to go through the hassle of doing it manually. Save your hands for killing!

I’m the creator of the ‘Uncrafting Table Mod’ for Minecraft. As you can probably guess from the name, it’s a mod that adds an uncrafting table to the game so that you can undo your misclicks that cost you a fortune’s worth of diamonds.

I created the mod because I’ve been there – I’ve clicked on an Ender Chest when I meant to click on a chest and lost all my diamonds in the process. It sucks, and that’s why I made this mod – to help others avoid making the same mistake.

NotEnoughItems is a recipe-viewing mod that was created to help players manage their inventory more effectively. It comes with a variety of features, such as ones related to the newer versions of Minecraft. However, if you’re looking to play on the newer versions, Just Enough Items may be a better fit.

Ethan is a gamer and programmer who likes to craft in Minecraft. He was annoyed by the fact that he had to Alt-Tab out of the game to look up recipes, so he programmed Just Enough Items (JEI), which allows you to find crafting recipes from within the game itself! 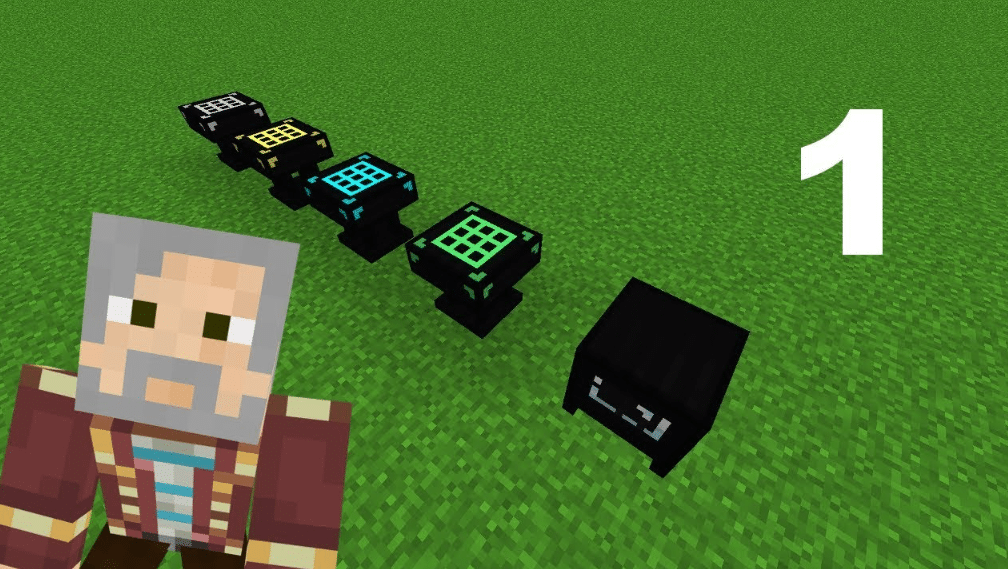 Crafting is a huge part of my life. It’s how I relax, it’s how I have fun, and it’s how I express myself. That’s why I love Extended Crafting – because it gives me more ways to craft, and more items to craft with.

This includes more crafting tables, such as the handheld crafting table, which can be used for some fast-paced on-the-go crafting.

There are many other crafting-related features included in this mod too, such as a tiered crafting system and blocks that allow for automated crafting.

This mod takes your standard workbench and extends it. I mean that literally – the workbench physically gets longer.

You might be wondering why you would ever need an extra-long workbench.

It’s because long workbenches can be used to craft long tools and long weapons.

And also, your enemies will get significantly shorter when you chop their heads off.

You’ll be cutting the number of roller coasters they can ride in half!

There are different types of logs, wood blocks, trapdoors, doors – there’s variety in everything but crafting tables.

Sometimes, the usual crafting table texture just feels out of place in your house made of oak wood.

The default crafting table is missing the stylish part of arts and crafts.

More Crafting Tables introduces new crafting tables that do the exact same thing. The only difference is there’s some variety in their appearance now!

This is a great mod if you want your builds to look cohesive but you also want to be able to craft (which, let’s face it, is literally half of what Minecraft is).