An enderman trap is designed to make it simple to kill endermen. The user only needs to remain still and stare at the endermen in order to set up a trap like this. Anybody you glance at becomes enraged, which draws them into the trap. Because endermen spawn there far more frequently than elsewhere, the End or warped woodlands are most suited for the majority of endermen traps. The overworld still allows you to set up this trap, although endermen spawn much less frequently. 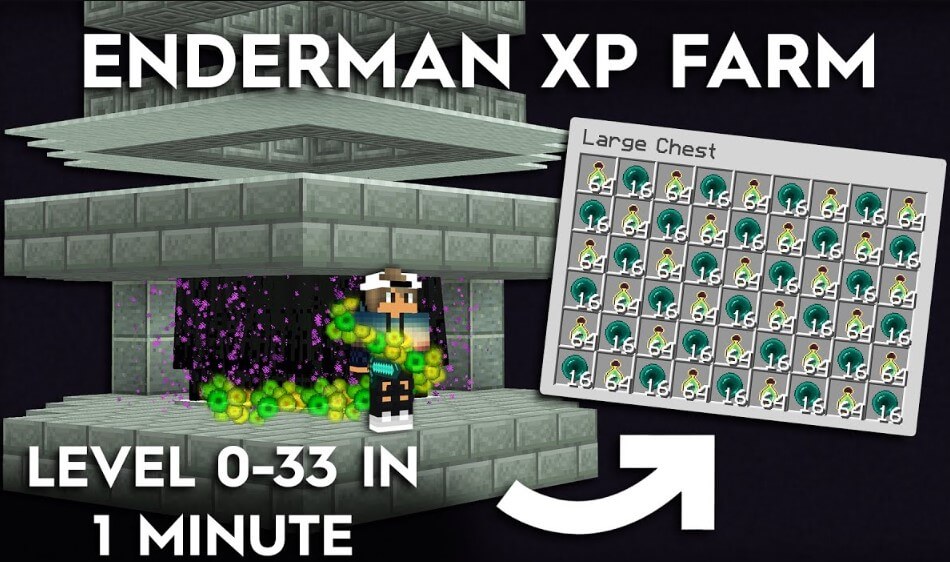 Players can increase farm productivity and dispatch each Enderman with a single blow thanks to this piston trap. An instruction manual for building a piston trap is provided below:

Using and operating the trap

The enderman will run toward the player and fall into the pit if they stand on the pillar, take a sword, and look at it. To make the pistons extend, pull the lever. After a little pause, turn the lever off. The player should smash the enderman’s head to weaken it so they can kill it in one blow. An improvement is to rig redstone into an AND Gate and place pressure plates at the bottom of the pit (wooden for testing, so the player can trigger the trap with an item, and stone for the enderman). The enderman touching the pressure plates activates the pistons while the lever primes the trap.

The user may be able to obtain experience points from this trap because killing a mob once counts as a player kill. This implies that even if the pistons reduce the monsters to the size of a half-heart, you can still gain experience by hitting the mobs as they are about to die. The endermen can be prepared for a one-hit kill from the player by switching the levers and pressure pads with a button. These can be timed to crush the endermen, then release when they reach the health points of half a heart.

The farm is situated in the End at a minimum of 128 blocks from any block that can spawn endermen, meaning that only endermen can spawn there. A platform is constructed for the endermen to fall into, and rings are created above to prevent them from hitting anything other than the platform. The platform has spawning pads built at least 43 blocks above it. The endermen sustain damage of 19.5 hearts, leaving them on half a heart, due to the placement of vines to break the fall on the 43rd block up.

The endermen are pushed off the spawning pads, down the drop, and onto the platform with only half a heart of health remaining, allowing for one hit punch kills. The spawning pads either have pressure plates on them, connected to sticky pistons with blocks attached, or a tripwire attached to normal pistons. Making a two-high ceiling and focusing on the endermen is a smart method to start punching.

A player with a flame-enchanted bow utilizes TNT in a similar design. The player gets experience orbs for lighting the TNT that killed the enderman.

As long as there are enough spawning pads constructed, with this farm, it is possible to reach level 30 in a short period of time.

One of the cheapest and most effective enderman farms relies on enderman aggression toward endermites that have been created by enderpearls and just requires blocks, a name tag, and a minecart (a boat is ineffective because it can prevent enderman from entering). All endermen that spawn within 62 blocks and see the endermite will pathfind to the endermite and assault it after being given a name and being trapped in a minecart, acting as a perpetual bait. In order to farm the enderman, the enderman can then be directed to a collection location. The endermen can optionally be dropped 43 blocks to receive enough fall damage to be reduced to one hit. The farm can be constructed at least 128 blocks from the main end island or any other locations where endermen can spawn in order to enhance spawn rates. Alternately, the main island can be protected from spawning by being lit up above light level 7, or by being submerged under slabs of land or water.

Even if this design doesn’t give as much as others, it’s still useful for getting started. Start in the Overworld and then transition to the conclusion.

Create a 2-high pillar out of earth or another easily-mined block to begin construction. Next, create a 2×2 or 3×3 cobblestone platform on the pillar. If you have obsidian, use it instead.

Look at the head of an enderman while one is nearby until the fury animation appears. Stand beneath the platform quickly and strike the endermen repeatedly. 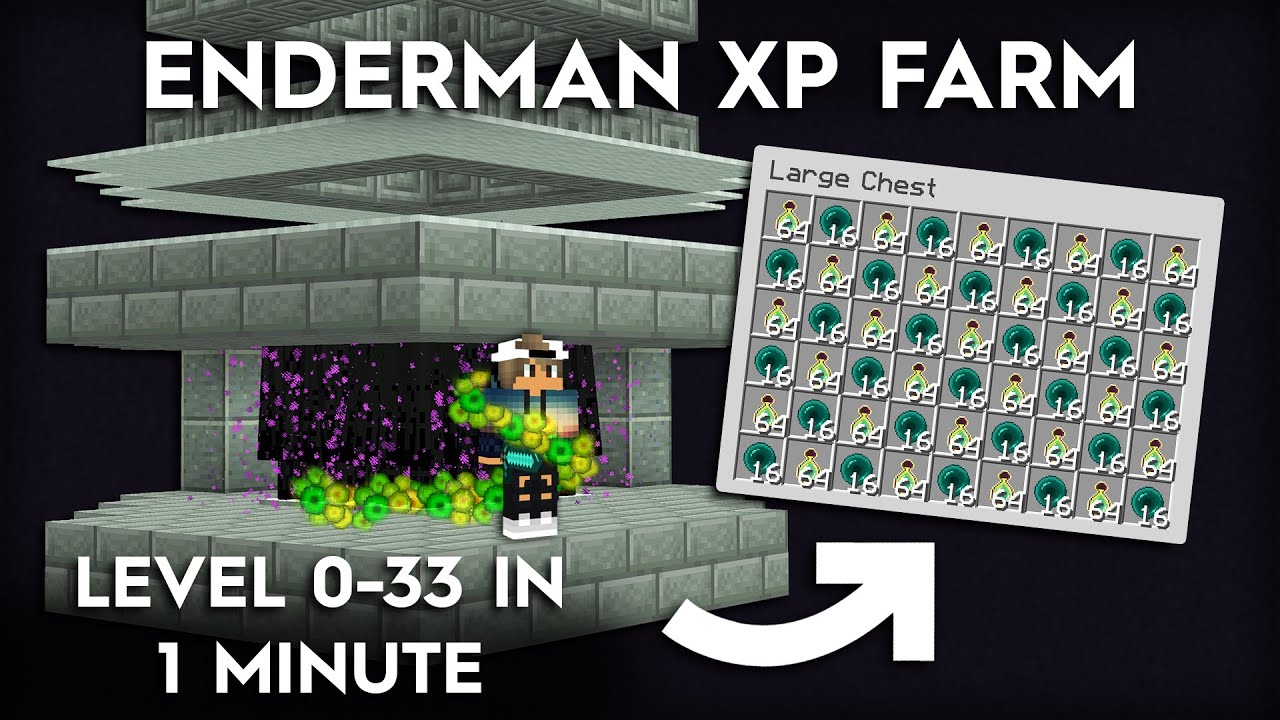