Minecraft is a game that is loved by many. AbyssalCraft Mod 1.12.2/1.11.2 adds many new items, mobs and tools to Minecraft from AbyssalCraft Mod 1.12.2/1.7 10 for Minecraft . This mod also adds a new dimension called Abyssal Wasteland which has similarities of being a darker version of the overworld populated by undead creatures who also appear in the overworld at certain biomes such as deserts, swamps and ice plains or taigas . 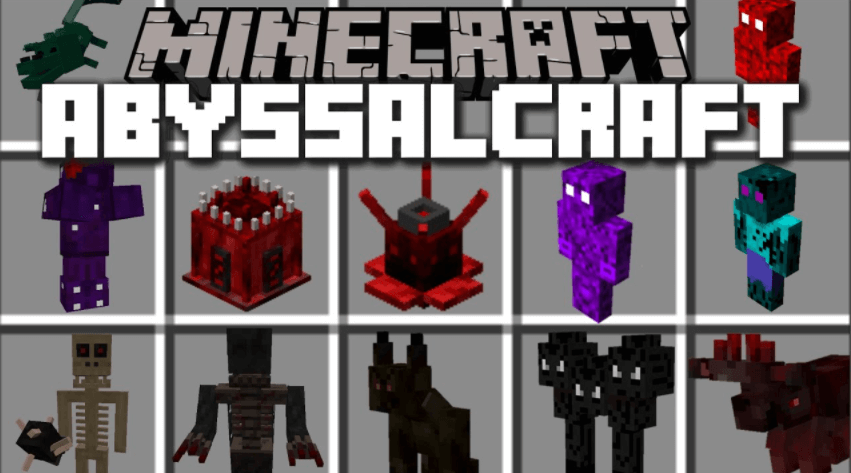 Follows 5 Steps below to install Download AbyssalCraft Mod for Minecraft on Windows and Mac :

Enjoy Download AbyssalCraft Mod for Minecraft, If there is an error, please comment on this article we will support.

AbyssalCraft is a mod centered around exploration, but with a growing magic influence. Another thing that has been getting more focus is influences from the works of H.P Lovecraft, adding even more evil to that which is already in the mod.
Enough about that, let’s dig into the mod! The first thing you need in order to get started is a Necronomicon, crafted like in the picture below:

Most (if not all) information about things from the mod can be found in the Necronomicon. Apart from being a guide book to the mod, the Necronomicon is also serves as a catalyst for performing rituals.
Going in a bit more on the mod, AbyssalCraft features a collection of dimensions known as The Abyss (the world of the dead, split into several layers, where each layer is a dimension). The dimensions (4 in total, whereas the fourth is a bit of an extension to the third) are:

In order to reach the various dimensions, one must obtain Gateway Keys (items capable of placing down portals when used). 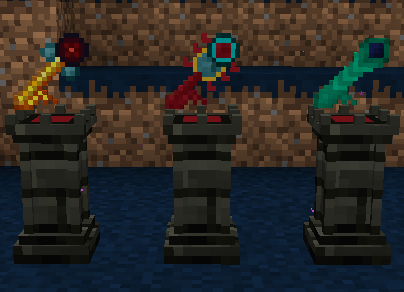 Apart from traveling between dimensions, there’s also a pitch of magic, in the form of rituals consisting of an altar and pedestals which you place offerings on. There’s several different types of rituals, among them rituals where you create items, rituals where you infuse items (turn one item into a different, or simply “upgrade” the item). There’s also rituals where you can summon things (the first boss is summoned through such a ritual), and rituals where you can inflict potion effects on nearby entities. If you want to create your own type of ritual, there’s an API for that, and if you simply want to add your own creation/infusion ritual, that can either be done through the API, or with MineTweaker (the add-on modAbyssalCraft Integration has MineTweaker compatibility). 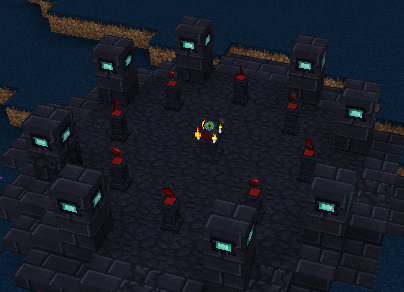 In addition to the rituals, there’s also a new form of energy used in order to perform the rituals. This energy is called Potential Energy, and can be obtained through a few methods (this is being expanded).
Along with all of this is also a lot of new blocks (among them 5 new types of stone, 15 new ores, 2 new types of trees), new items (among them 4 new materials to make tools and armor from, 8 new armor sets, a bunch of new food items). 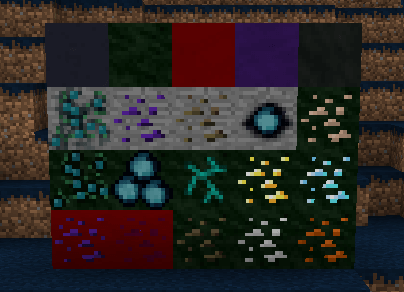 Enough about quantities of things, the Overworld has also received new content, including 6 new biomes: 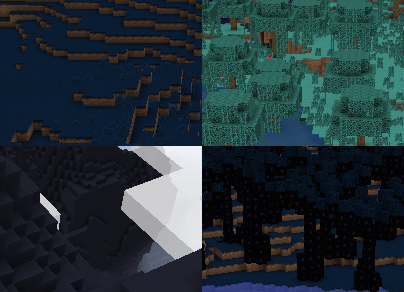 Since I haven’t mentioned the mobs, let me go over a few of them. There’s the Depths Ghoul and Abyssal Zombie(both undead, found in Darklands biomes, swamps, or very commonly in the Abyssal Wasteland), evil counterparts of vanilla animals (Pigs, Cows, Chickens), Living Shadows (Shadow Creature/Monster/Beast, each one stronger than the former), and Lesser Shoggoths (if you’re familiar with the works of H.P Lovecraft, these are smaller versions of those amorphous horrors). That’s all the mobs found in the Overworld, whereas some can be found in the dimensions. 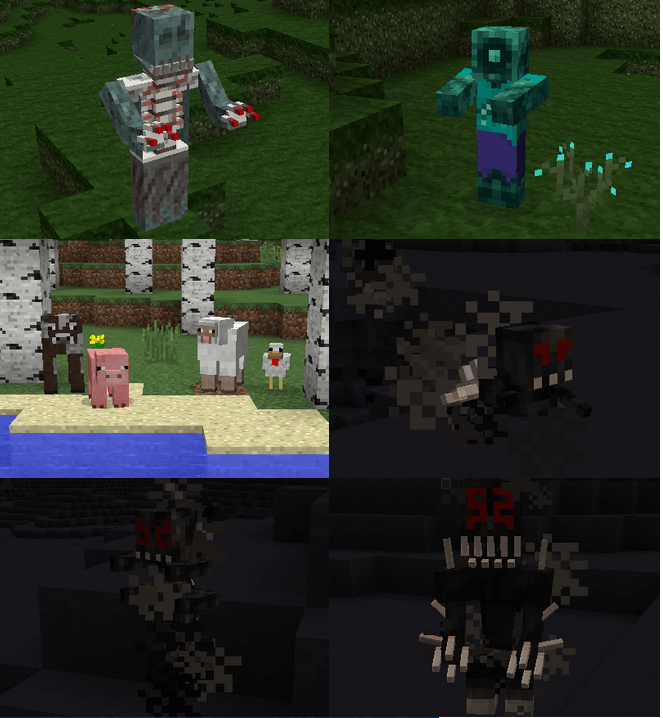 Congratulations on successfully installing Minecraft Forge and experimenting with 1.12.2/1.11.2 for Minecraft downloaded.
If there are errors, please comment on this article.