In the Secret Rooms Mod, players are given access to a wide variety of blocks that can be disguised or hidden from other players. Secret rooms add an extra level of challenge and complexity to Minecraft gameplay by providing a place for players to hide their diamonds, levers, doors and more. Secret Rooms 1.17.1/1.16.5 is one of the most interesting mods available today because it allows for a new form creativity in building structures while adding some much-needed challenges for hardcore gamers who want something different than what vanilla Minecraft has to offer! 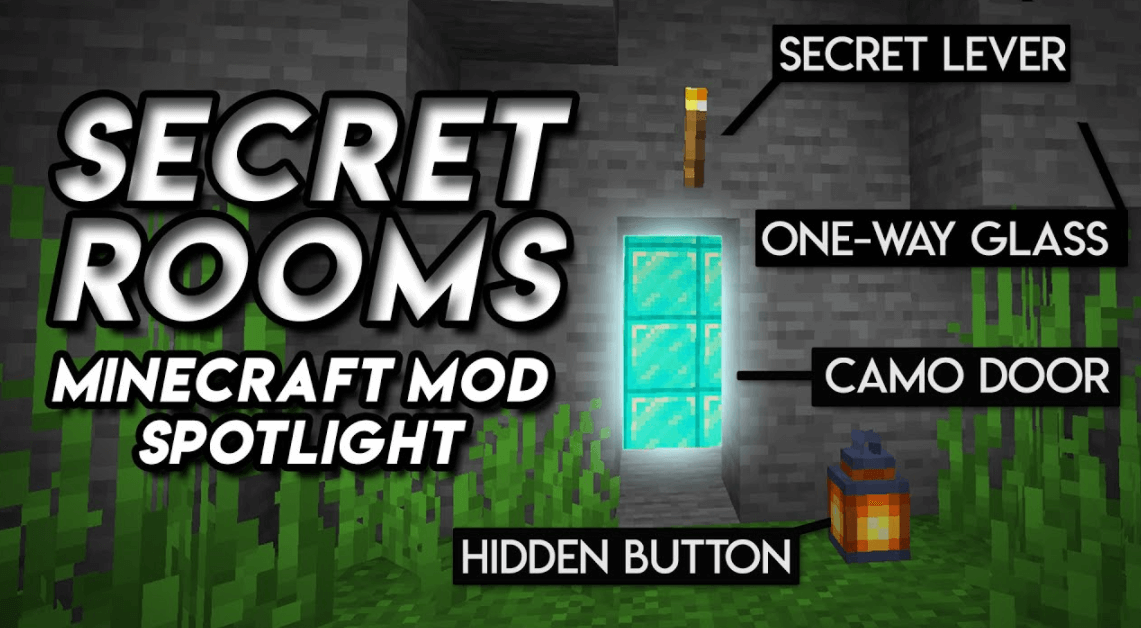 How to install Secret Rooms Mod for Minecraft?

Follows 5 Steps below to install Secret Rooms Mod for Minecraft on Windows and Mac :

2. Download the Secret Rooms Mod
3. Open the . minecraft folder and then enter the mods folder. Important: Some older versions of Forge may not have the ‘Open Mods Folder’ button. If this is the case, create the directory under the name mods.

1) Torch lever
BlockID = 2020
BROKEN IMAGE
Works like a normal lever, but looks exactly like a torch. It even sheds light.

2) OneWay Camo
BlockID = 2021
BROKEN IMAGE
One side camo, all the rest glass. Looks like glass in the inventory. When placed, camo side is either towards or away from you. This can be toggled with the BackSlash key, \.

3) Secret Gate
BlockID = 2022
BROKEN IMAGE
Camoflages to the blocks arround it, and when its powered, it extends up to 10 blocks. Try for your self in an open area.Its orrientation is the same as the OneWayCamo blocks.

5) Camo TrapDoor
BlockID = 2024
BROKEN IMAGE
A TrapDoor that camouflages itself to the surrounding blocks. it is open-able with clicking or right-clicking, Be careful not to forget where you put it. It can be placed flush with the floor, and flush with a cieling depending on where you right-click to place it.

6) ShelfGate Extension
BlockIDs = 2025 & 2026
ItemIDs = 4106 & 4107
BROKEN IMAGE — BROKEN IMAGE
Doors that camouflage. AS usual, the iron doors are only openabble by a redstone signal while the wooden doors can be opened with a click.

7) Camo Paste
ItemIDs = 4108
BROKEN IMAGE
You can see them, but walk right through them.

9) Secret Lever
BlockID = 2028
BROKEN IMAGE
Camoflages like all the other “camo” blocks, but his one works like a lever.

10) Secret Redstone
BlockID = 2029
BROKEN IMAGE
Another Camo Block. but this one carries a redstone current just like normal redstone. The redstone works exactly liek vanilla redstone, and is nearly 100% interchangeable with it. Like vanilla redstone, it decays within 15 blocks, and needs to be refreshed with a redstone torch or repeater.

11) Secret Button
BlockID = 2030 (metadata is 0 for stone, and 1 for wood)
BROKEN IMAGE — BROKEN IMAGE
Another Camo block, but works like a button.

16) Secret Stairs
BlockID = 2035
BROKEN IMAGE
Works like stairs. You place them like you would any other, and ofcourse, they are camouflaged.
** works best with the Ghost BlocksThe recipe for this block now works with all the different types of wooden stairs that exist.

17 & 18) Secret Chests (and trapped chest)
BlockID = 2036 2037
BROKEN IMAGE
Works like a chest, just camouflages like everything else, and doesn’t open up like other chests. Camo trapped chests can be crafted the exact same way, simply with the trapped chest in the center rather than a normal chest

20) Solid Air
BlockID = 2038
BROKEN IMAGE
Solid air is entirely invisible, yet solid. The other Secret blocks can camouflage to its entirely transparent texture in order to make completely invisible passages and structures.

When placing a secret item near a nether portal (distance unknown), visiting and leaving the portal, the chunk where the secret item is will be regenerated resulting in a completely different and new chunk.
If you have Optifine installed with this mod, you’ll have every block from this mod looking like stone, but it will still have data of the block placed on.
There are several ways that chunks having blocks from this mod within reset.

Step 1: Open your command-line and browse to the folder where you extracted the zip file.

Step 2: You’re left with a choice.
If you prefer to use Eclipse:
1. Run the following command: “gradlew genEclipseRuns” (./gradlew genEclipseRuns if you are on Mac/Linux)
2. Open Eclipse, Import > Existing Gradle Project > Select Folder
or run “gradlew eclipse” to generate the project.
(Current Issue)
4. Open Project > Run/Debug Settings > Edit runClient and runServer > Environment
5. Edit MOD_CLASSES to show [modid]%%[Path]; 2 times rather then the generated 4.

If at any point you are missing libraries in your IDE, or you’ve run into problems you can run “gradlew –refresh-dependencies” to refresh the local cache. “gradlew clean” to reset everything {this does not affect your code} and then start the processs again.

Should it still not work,
Refer to #ForgeGradle on EsperNet for more information about the gradle environment.
or the Forge Project Discord discord.gg/UvedJ9m 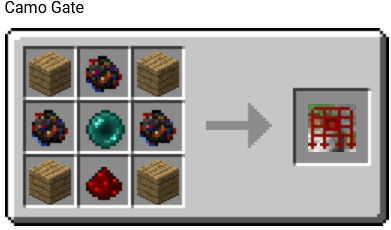 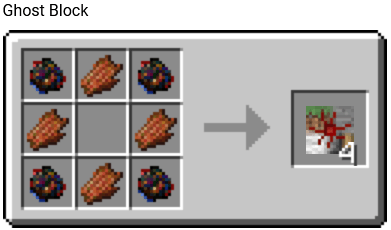 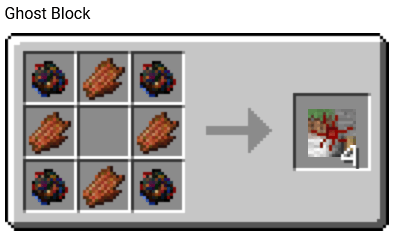 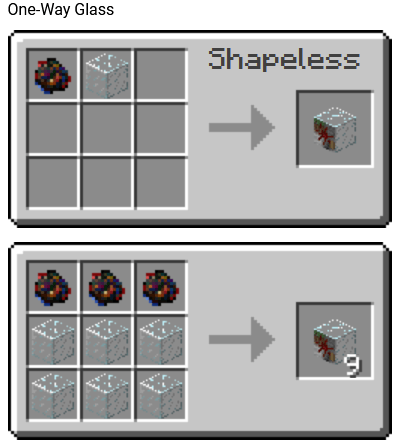 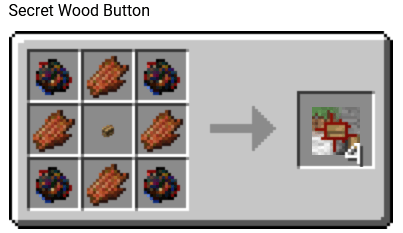 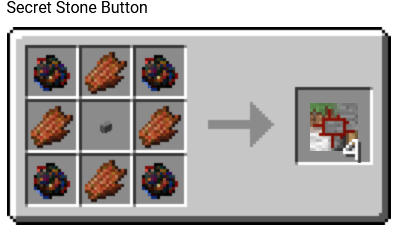 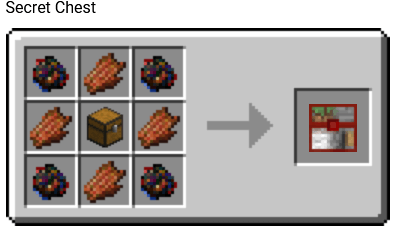 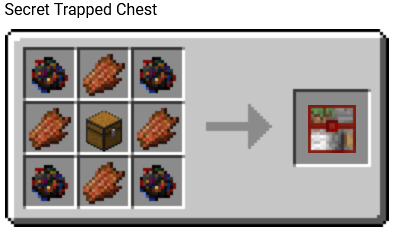 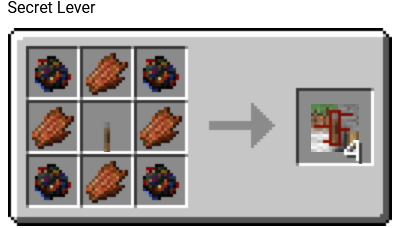 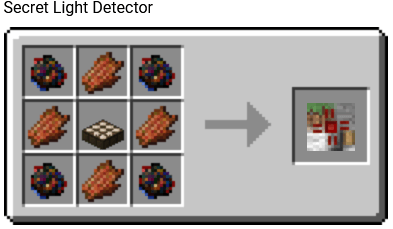 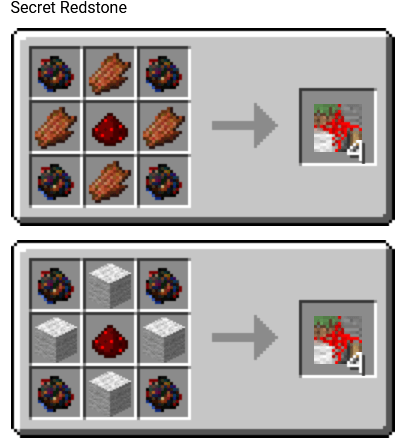 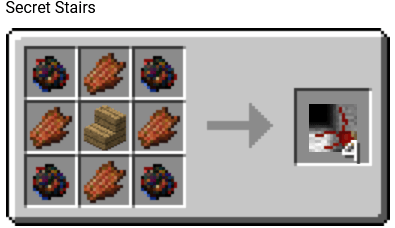 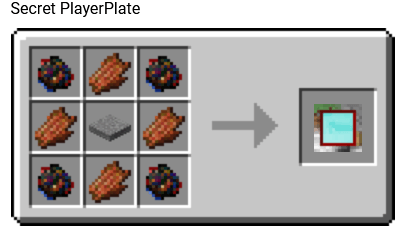 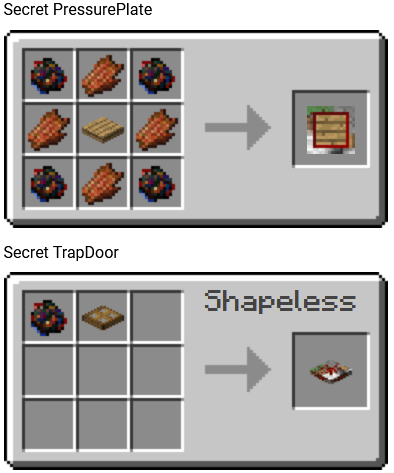 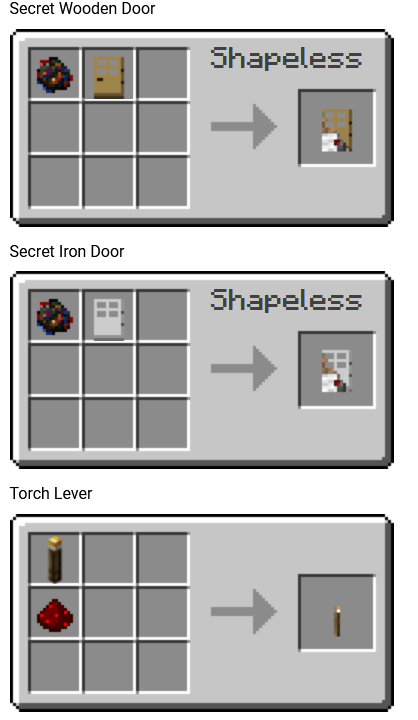 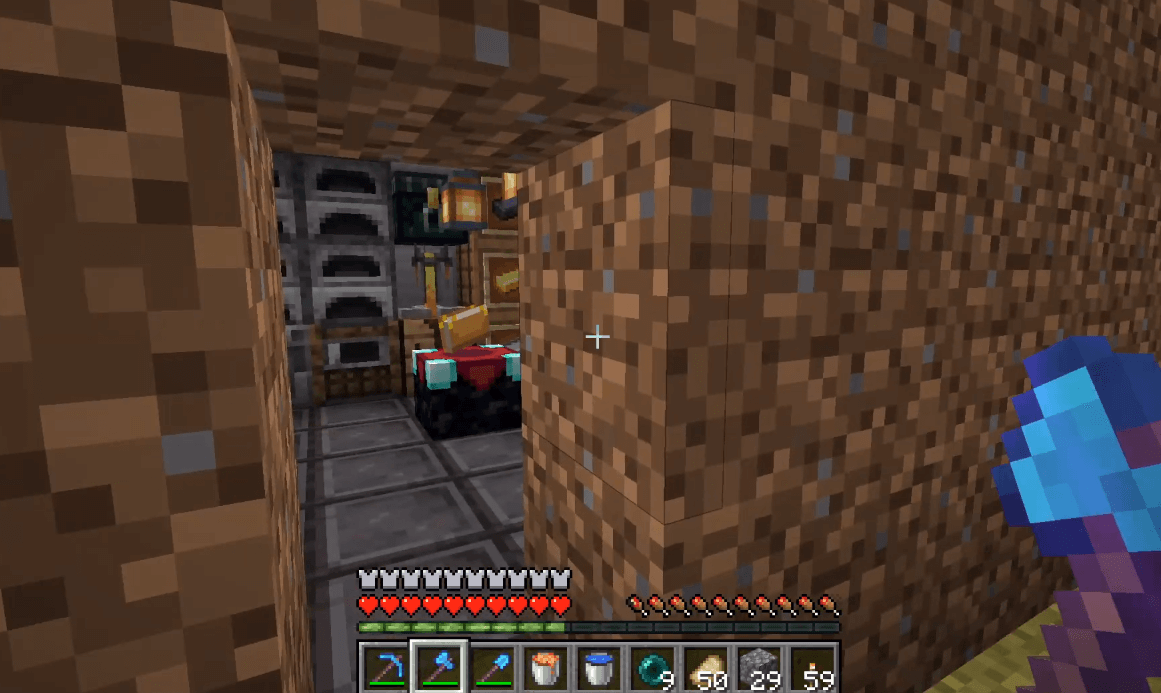 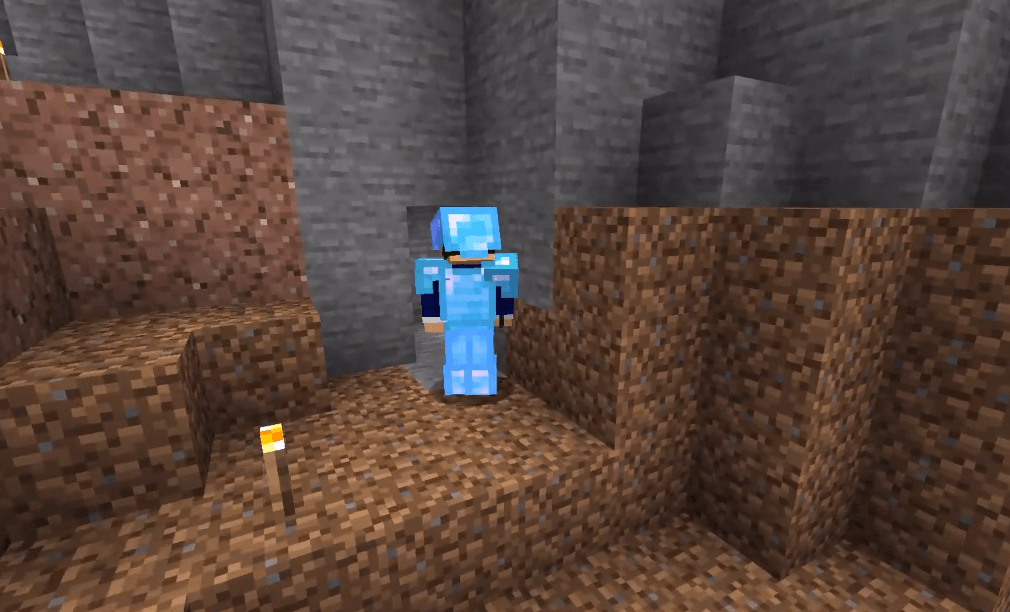 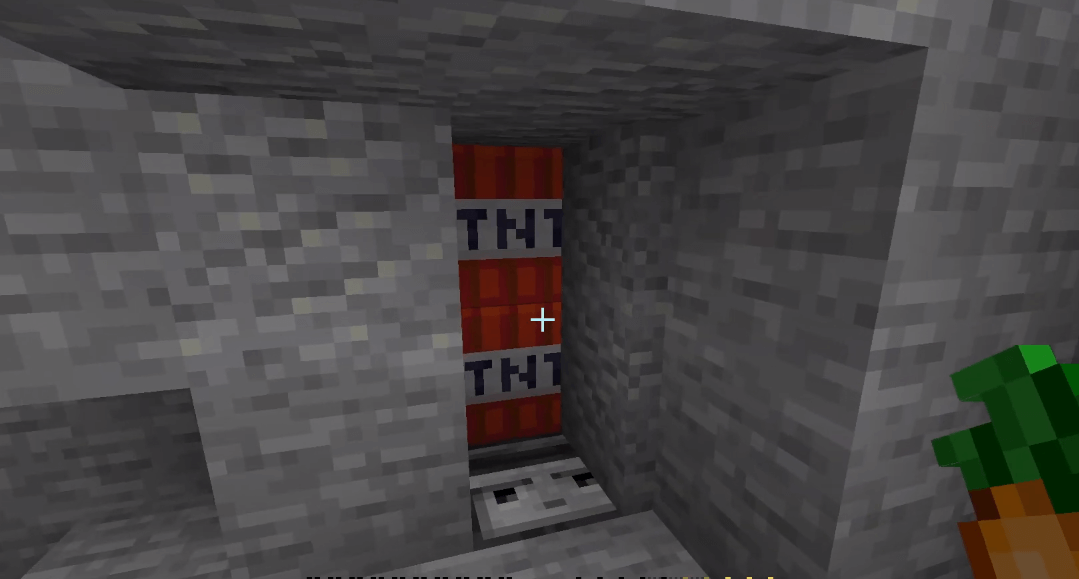 Congratulations on successfully installing Minecraft Forge and experimenting with Secret Rooms Mod for Minecraft downloaded.
If there are errors, please comment on this article.