It’s beneficial to return to the Minecraft multiplayer’s roots, where a group of friends would gather resources, create a common base, engage in conflict with other factions, or simply explore dungeons together. The idea of faction pvp fits neatly into the logic of Minecraft, which suggests using its blocks to construct both a unique cosmos and a dimension of warfare and exploration. In the more than seven years of play, it is no longer necessary to be constrained by the blocks and mechanisms of the vanilla edition, which is where modifications and plugins come into play. A 1.9 update that offers many changes has also brought new problems and opportunities to Minecraft, particularly in the area of pvp. 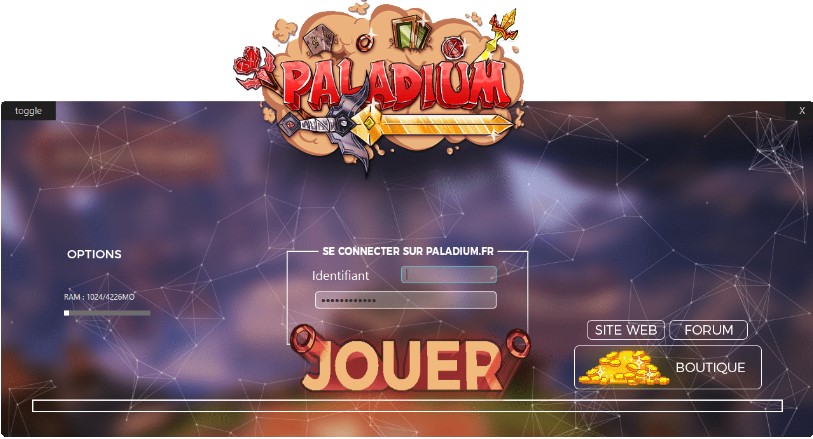 Therefore, Paladium is a pvp-faction server that has been launcheder-modified in version 1.7.10: a very stable game version that provides them access to the best mods that the devs have to offer. However, they respect the new game rules introduced by recent upgrades to Minecraft while providing a very complex and distinctive universe with their own modpack.

The world of Paladium

All players progress on one of the three provided servers, Delta, Gamma, or Sigma. Three platforms are available from the home lobby, each with a unique layout and fresh factions. You can update it after you’re connected to one of the servers. Following that, your inventory will be kept, but the things you have made will stay on the original server.

Your initial connection gives you a small amount of gear, just enough to get you started gathering supplies for your preparation. A decent distance separates the first bases from the spawn. Resources cannot be harvested in this world since it lacks a particular map for mining and gathering resources of all kinds. It is the “Mine” world, and it is reachable at spawn. By doing this, you will be able to arm yourself and begin learning a wide range of new crafts. You can join an existing faction or start your own once you’ve found the server and are suitably prepared.

These teams typically consist of ten players, at most twenty. The “claims” are thus located on the spawn map. The player factions’ protected bases can be found here. If you don’t use a Wither to take down the defenses, you can’t get inside. You can purchase this potent explosive from the AdminShop. With your faction and all the weaponry you have manufactured or bought, you can then plunder the entire base.

You can earn virtual currency on Paladium to exchange for items at the AdminShop or with other players (a very large business that offers the sale and purchase of almost all server resources.). Thus, a Sales Altar is accessible and is exclusively controlled by the players. You choose your crop’s prices.

Players have built so-called “unclaims” bases on the three enormous maps, which are open to looting at any time because they are not protected by a plugin.

Here is the list of some commands to start well in the field of factions:

The Paladium server supports 12 mods that add new blocks, objects, and ores. You now have new opportunities for building, exploration, and PVP, which are three crucial aspects of life on our server and are always active!

Maybe you’ll be more interested in the available dungeons and missions if you’re not tempted to engage in combat with other people. They are reachable through the spawn, and each adventure rewards you with either equipment or the server’s virtual cash.

Other players who are more drawn to building will be able to construct fortifications with ramparts, traps, rooms to conceal chests, etc. that are more or less resistant. With modifications like BiblioCraft and Chisel, you have access to a wide variety of functional and beautiful blocks. The Paladium significantly increases the difficulty of the game, for instance by changing the resistance levels of several of the wall-building blocks.

For fans of PVP, Paladium has considered the fusion between combat versions 1.8 and 1.9 with a variety of sword kinds that deal varying degrees of damage and have varying levels of cooldown. Additionally, new weapons, potions, and game mechanics will be advantageous to you.

You have the ability to play games with your friends, to create, to explore, and to fight against your foes as a group. Paladium provides you with fresh items and games that have won over more than 92,000 players so far.

The launcher that users use to connect can be downloaded from the Paladium website. You may connect and download any necessary mod using your Minecraft login information (email and password). Even if the launcher updates automatically, there is still one setting that has to be configured (only if you are using the recommended 64bit version of Java ). Mods require a set amount of RAM, or “RAM,” thus you must either adjust your game’s graphic quality or increase the amount of RAM allotted to it. To do this, you can move a gray bar (below marked “RAM: 1024/4226MB”) and subsequently alter the RAM used during your game.

The complete procedure for obtaining and installing the launcher is detailed below:

Visit the website https://paladium-pvp.fr/jouer and download the launcher for your OS system from there.
Save the downloaded file, then launch it: Then, a “.Paladium” file (which may be accessed by entering “%appdata%” in the dialog box opened by the Windows+ shortcut R) is installed beneath your “.minecraft.” It must be empty in the case that the launcher is reinstalled because it contains all of the launcher’s mods and data.
During installation, the server logo appears; this process could take longer or shorter. The installation is complete when the window shown above displays.