Minecraft, the sandbox-style video game that was released back in 2011, is getting a Web3 update thanks to two developers unaffiliated with Microsoft. The two developers have created a blockchain layer on Minecraft, which will allow players to create and manage their own NFTs (non-fungible tokens) within the game world. 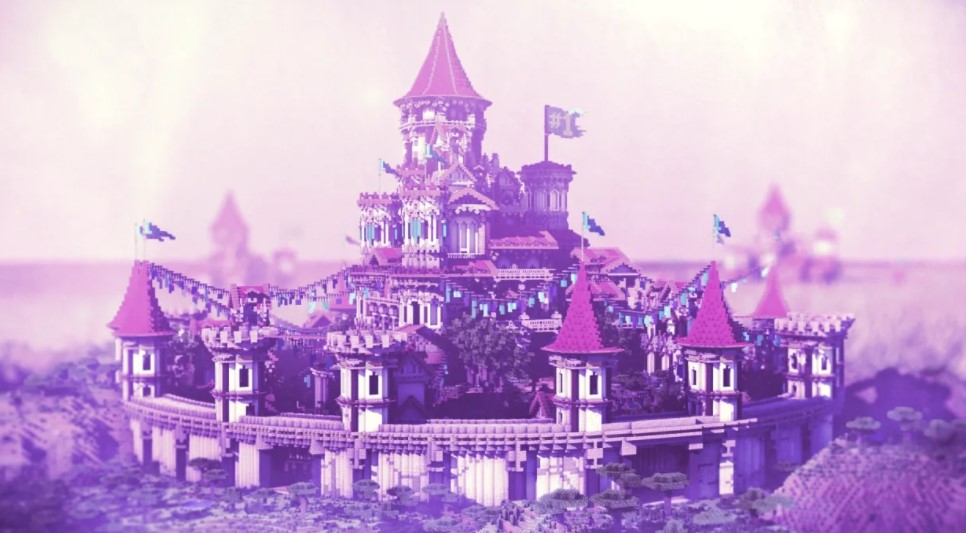 NFT Worlds is a project built on third-party Minecraft servers with a Polygon-based overlay. Polygon is an Ethereum sidechain which offers lower gas fees (i.e., transaction fees) for users. NFT Worlds’ blockchain layer on Minecraft will allow players to access Web3 features, such as an online shop where they can buy items for their Minecraft experience using the $WRLD ERC-20 token.

Thanks to two developers unaffiliated with Microsoft, the game will now feature Non-Fungible Tokens (NFTs) and a blockchain layer. This means that players will be able to create NFTs right in the game and trade them on decentralized marketplaces.

Some of Minecraft’s software is open source, meaning that anyone with the right technical knowledge can build upon it. And Minecraft doesn’t have an established economy like competitor Roblox, which has a robust virtual marketplace and its own (non-crypto) digital currency called Robux. NFT Worlds gives players a metaverse experience in an existing game, which is big news for Minecraft fans and NFT collectors alike.

Here's a comparison of the playable size of 1 single NFT World vs The Sandbox & Decentraland.

This is not a joke.

If you've ever thought of where to build your metaverse project or your community's metaverse, etc…

We think you know who to pick 😉 pic.twitter.com/T92yeUMrIK

NFTs—unique blockchain-based tokens that signify ownership over an asset—can come in many forms. In the case of NFT Worlds, the NFTs are pieces of virtual land. There are 10,000 different Worlds, varying in appearance from snowy tundras to forest islands to massive volcanoes. The current floor price—or lowest price to buy immediately without bidding—for a piece of land is 14.5 Ethereum, or about $38,150.

In-game $WRLD purchasing, transactions & the P2E $WRLD layer will be rolling out soon. Completely frictionless, no gas required to spend/transact $WRLD in an NFT World.

In this demo video, we built a simple "Shop" using the $WRLD layer and bought an Apple in-game with $WRLD. pic.twitter.com/8XjCuzdkTG

NFT Worlds has seen an uptick in interest as well, reporting that over 26,000 player hours were logged on a test server in a three-day period this month. And from January to February this year, the average price for an NFT World suddenly increased by 10 Ethereum ($26,000) after remaining largely stagnant for months.

Compared to The Sandbox—whose economy is run by the $SAND token—NFT Worlds’ properties are exponentially larger.

In fact, ArkDev, co-founder of NFT Worlds, said in a Twitter Space on Wednesday that there are “concerns about the worlds being so humongously large.”

NFT Worlds co-founder Temptranquil added that “without some kind of transportation or portal system, a player couldn’t just walk” across an entire piece of land in the game.

When it comes to future developments, the NFT Worlds team wants to make the game experience as low-gas and “frictionless” as possible by using an EIP-2771, an interface which can enable cheaper “meta transactions” on Ethereum. NFT Worlds also wants to create a “global auction house” of sorts, which will function as their online marketplace.

The co-founders chose to build on Minecraft because they see Microsoft as developer-friendly and less strict than competitors like Roblox.

Microsoft appears to be supportive of metaverse thinking more broadly, as its $68.7 billion acquisition of Activision Blizzard last month was partly aimed at helping it develop “building blocks for the metaverse,” according to a press release at the time.

But building a Web3 world on top of an existing centralized game owned by a billion-dollar company isn’t without its risks. ArkDev and Temptranquil are well aware of the chance that they might “get rugged” by Microsoft, meaning that Microsoft could shut down their project at any time with legal action.