What is Lucky Block Spiral Mod?

Lucky Block Spiral is an add-on to the famous Lucky Block mod that adds a huge amount of new content to the game. All of this content is available through the destruction of the Spiral Lucky Blocks, which are improvements to the regular Lucky Blocks.

There are about 150 or so new drops and about 50 modified default drops… lots of new things.

There are normal spiral blocks, as well as “lucky” and “unlucky” structures.

Astral Creepers raining from the sky. Don’t worry, they aren’t as scary as they look.

You will need a Redstone, emerald, diamond, Lucky Block, and several other materials to get the spiral block. The main difference from the usual varnish block is the transformations’ scale: they can leave behind dungeons, rare and powerful sets, spawn bosses, and much more. If you liked the add-on for Minecraft, then you need to download Lucky Block Spiral. 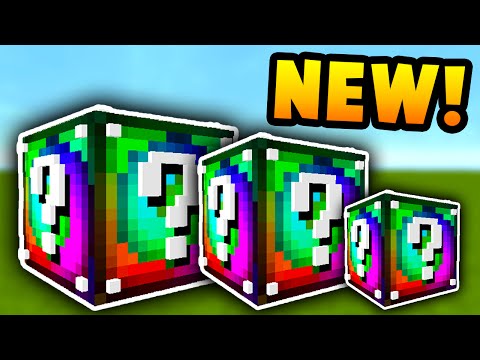 and if you want to get a bunch without running a command a bunch of times, you can increase that 1 in the middle of the command up to 64.