The dainxt’s Dungeons Mod is a great way to get people interested in Minecraft. This mod allows players to create dungeons that are old, abandoned cities with lots of hidden secrets. Players can explore these lost cities and fight against the bosses inside them. The dainxt’s Dungeons Mod has won the heart of many players due to its attention to details when it comes to location designs and boss modeling. There are roughly five different dungeons, which are all different and have their own unique challenges for the player. 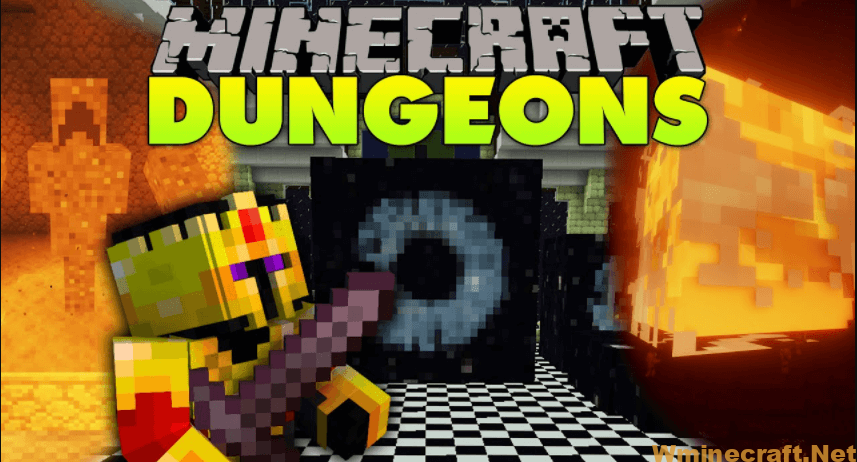 How to install dainxt’s Dungeons Mod for Minecraft?

Follows 5 Steps below to install dainxt’s Dungeons Mod for Minecraft on Windows and Mac :

2. Download the dainxt’s Dungeons Mod
3. Open the . minecraft folder and then enter the mods folder. Important: Some older versions of Forge may not have the ‘Open Mods Folder’ button. If this is the case, create the directory under the name mods.

Rogue: He can rob you. Care your inventory

Anthermite: Likes to eat sugar, and your blood

Traveler: He got the maps to found dungeons, an skilled villager, invoke him placing an campfire above an haycoal block.

Guards: Serve only for the king, with the king.

Slimonds: This is what happens when slimes and diamonds combine, rare spawn.

Crows: Can be tamed with rotten flesh, they attack your enemies.

Haunters: Aggresive ghosts, they can phase through blocks, representation of dead players souls (Can be configured)

Lord Skeleton (Mini-Boss): Is the king of swamp ghosts,.

PIces: Slow passive animal, there should be peace sometimes no?

Whirlwinds: Weather power that can grow.

Home Gem: If got a bed, will return to your bed position.

Back Pergamine: Returns to your death position.

Golden Bone: It’s the totem of undying for dogs and can be in any slot, but your dog comes stronger than ever for 3 minutes. Dropped by Lord Skeleton.

Unstable Map: Is an rare loot that can be found in the sewers. Can be revealed on the end.

Kraken Teeth: The beloved teeth now even more powerful, at the cost of being a rare drop.

King’s Crown: Summon 2 Guards everytime worn to obey your orders. Thanks to -Q- for the texture and model.

Crawler Armor: Pasively, every 3 stacks of redstone blocs in inventory, +1 regeneration effect, stacks up to 3 times. Also taking fall damage will do AOE damage by a radius of 7 blocks, every near mob will be damaged by 3.5 Hearts. Thanks to -Q- for the texture and model.

Void Tome: Shoots a powerful void laser burst. Thanks to -Q- for the texture.

Potion Straw: When equipped offhand, every potion drink will be instantaneous.

Haycoal, this block will be the core for the traveler invocation.

Wardshiper: used to guard an considerable area from evil mobs.

Gives you hints to defeat the bosses, dropped by Traveler. 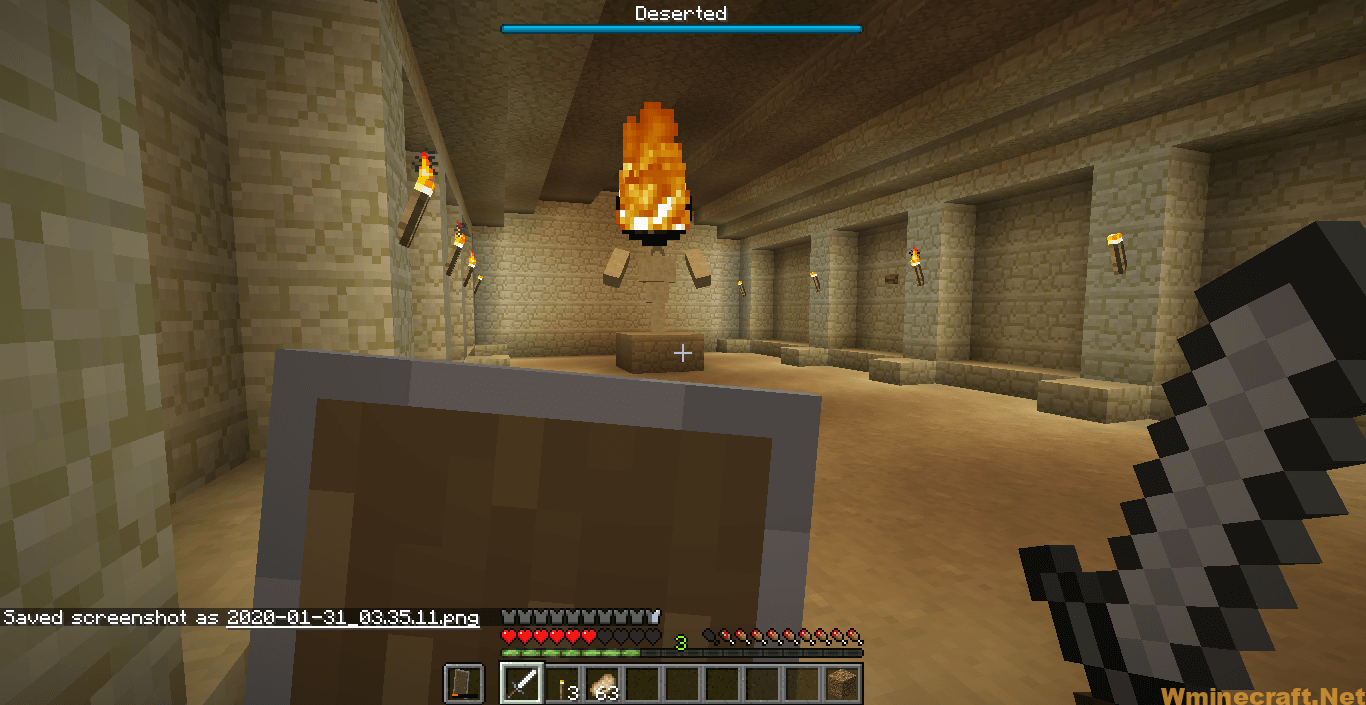 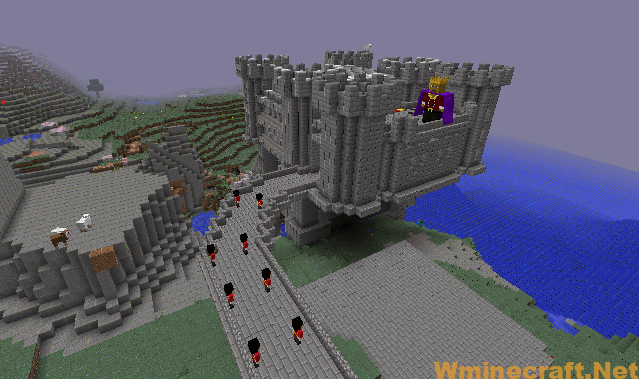