If you’re looking for a food mod with a different approach, Neapolitan is the perfect choice. Rather than raw stats, Neapolitan’s foods do things to give them each a niche. Neapolitan food is sort of divided by flavors, which all involve exploring the world, rather than purely consisting of crafting recipes. Each flavor has an ice cream, cake and milkshake with it, with 6 out of a planned 9 implemented. The current flavors are vanilla, chocolate, strawberries, bananas, mint and adzuki. Bubblegum, cinnamon and mango are to follow. In addition, the mod tweaks cookies so they’re eaten faster – perfect if you’re in a hurry!

Follows 5 Steps below to install Download Neapolitan Mod for Minecraft on Windows and Mac :

Enjoy Download Neapolitan Mod for Minecraft, If there is an error, please comment on this article we will support. 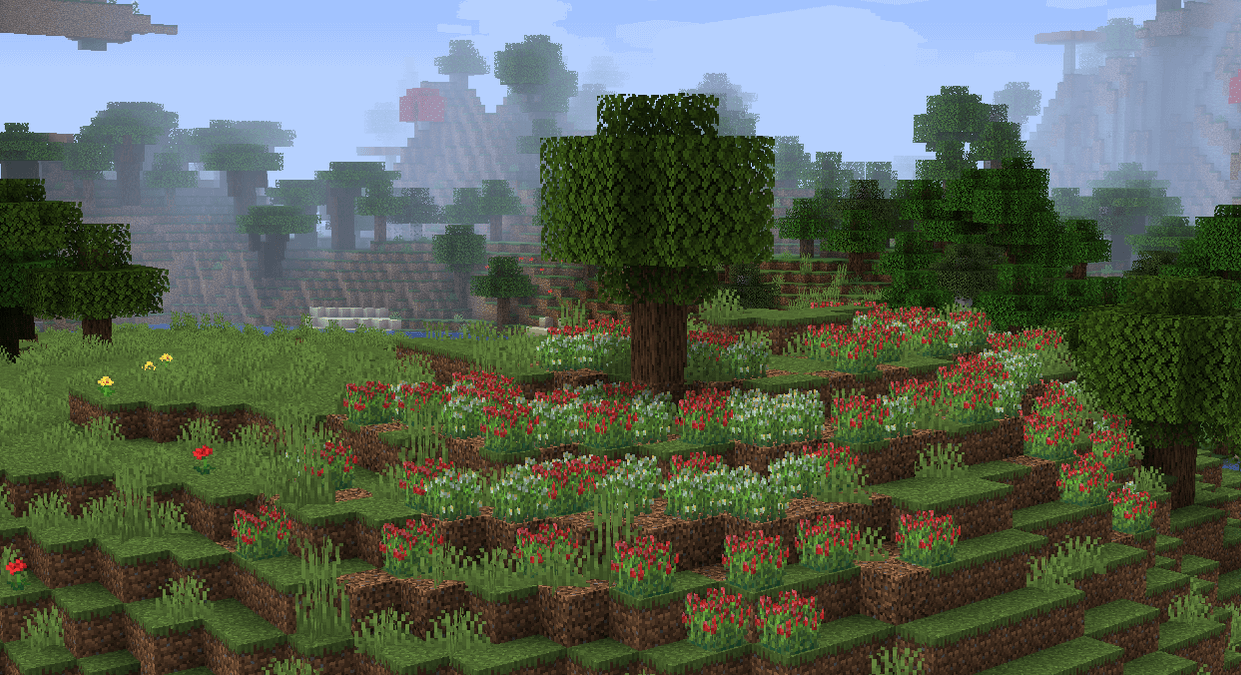 Strawberry patches grow in the plains biome semi-commonly. They have some coarse dirt mixed in, which means some of the strawberries only get to their flowering stage. 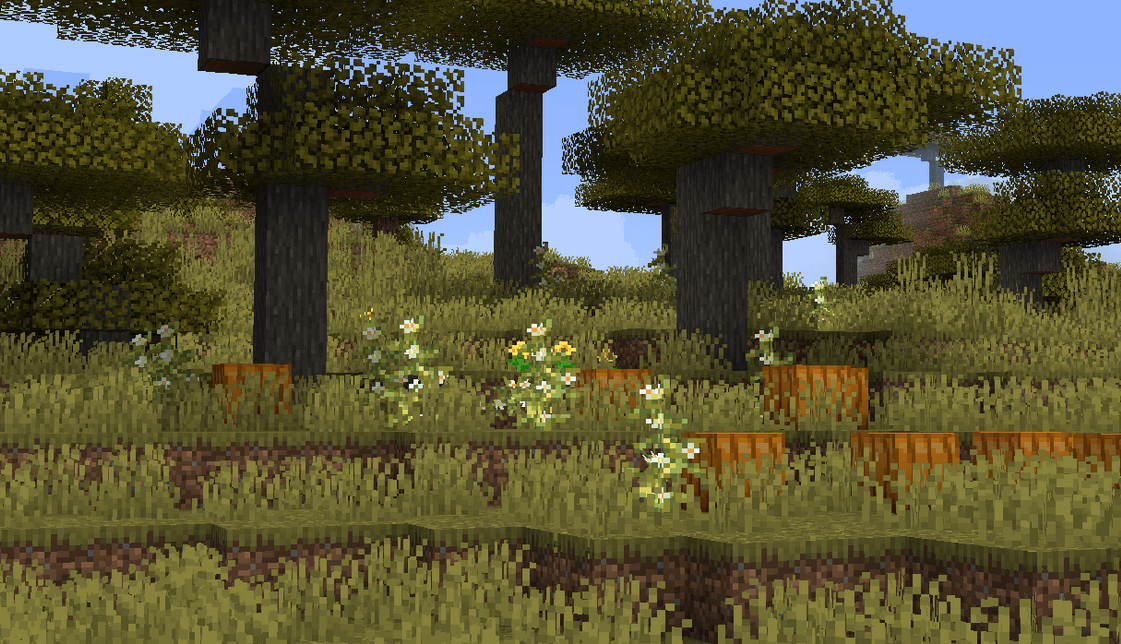 Vanilla patches are common in savannas, and the vanilla can be upright, sideways or hanging. Breaking vanilla without shears is a bad idea. 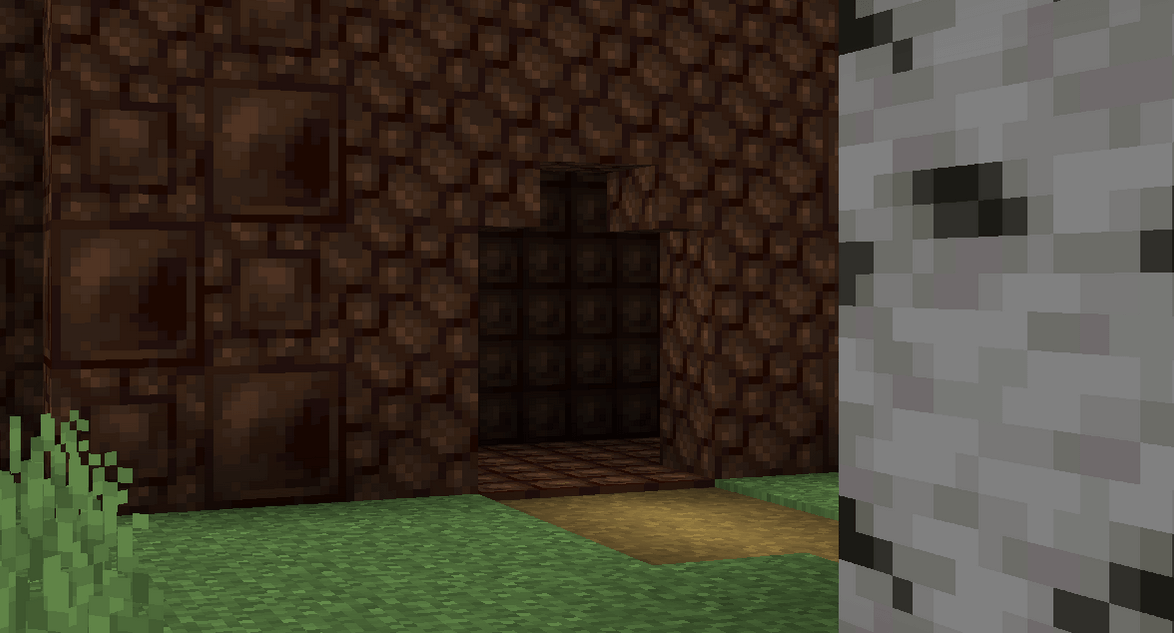 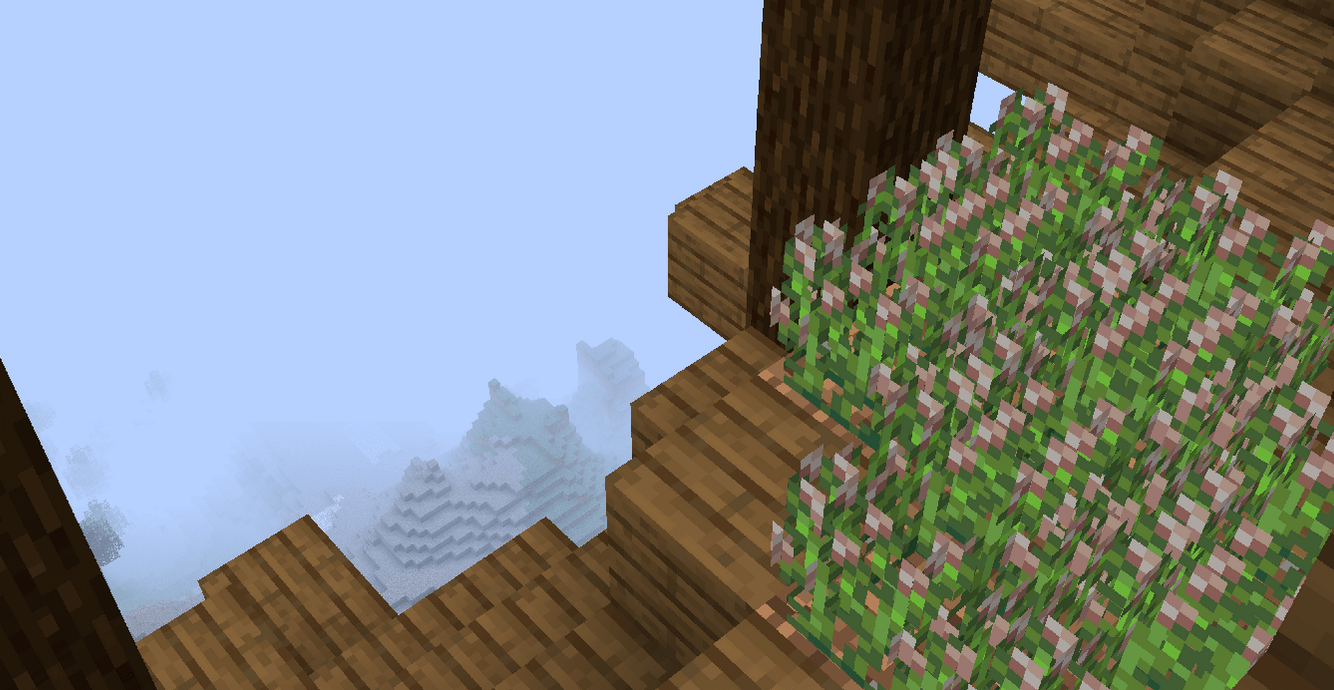 Growing Strawberries at a high altitude results in white strawberries, better food, but yield no pips, and can’t be crafted into anything. 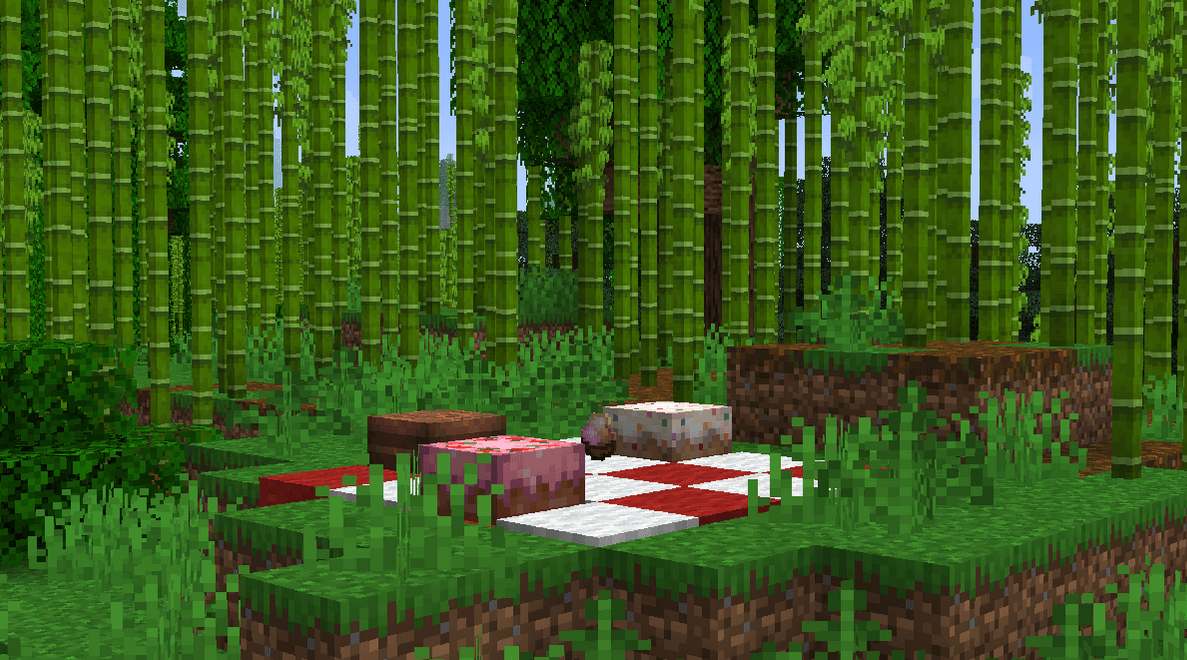 A picnic with some of the mod’s food. Strawberries heal, chocolate makes you fast and then slow and vanilla stops you from receiving effects. 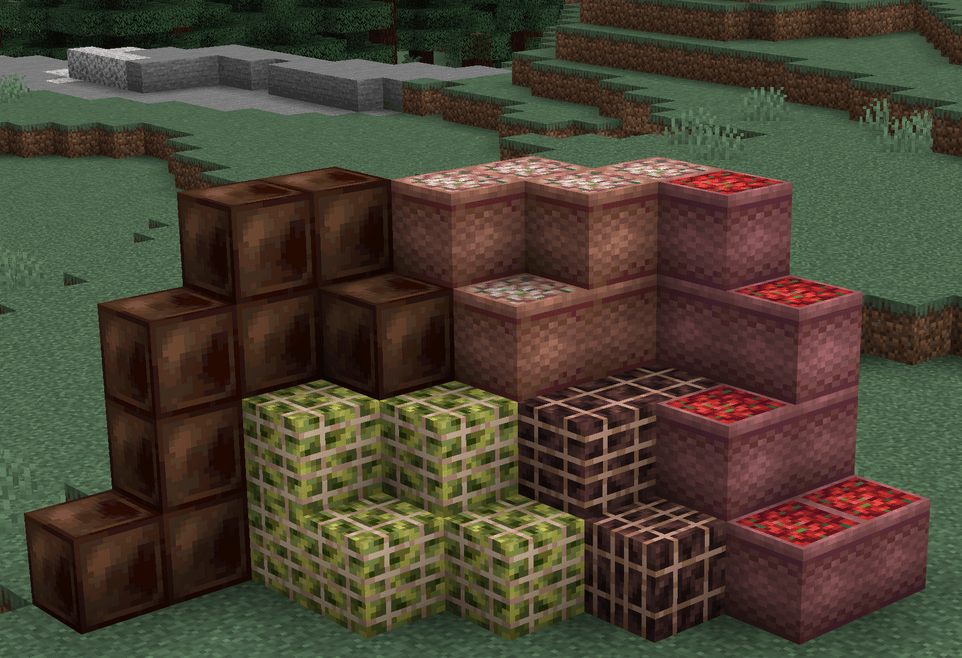 All the mod’s raw food crops can be stored. Some things, like strawberry baskets and banana crates, are only available when quark is installed, however. 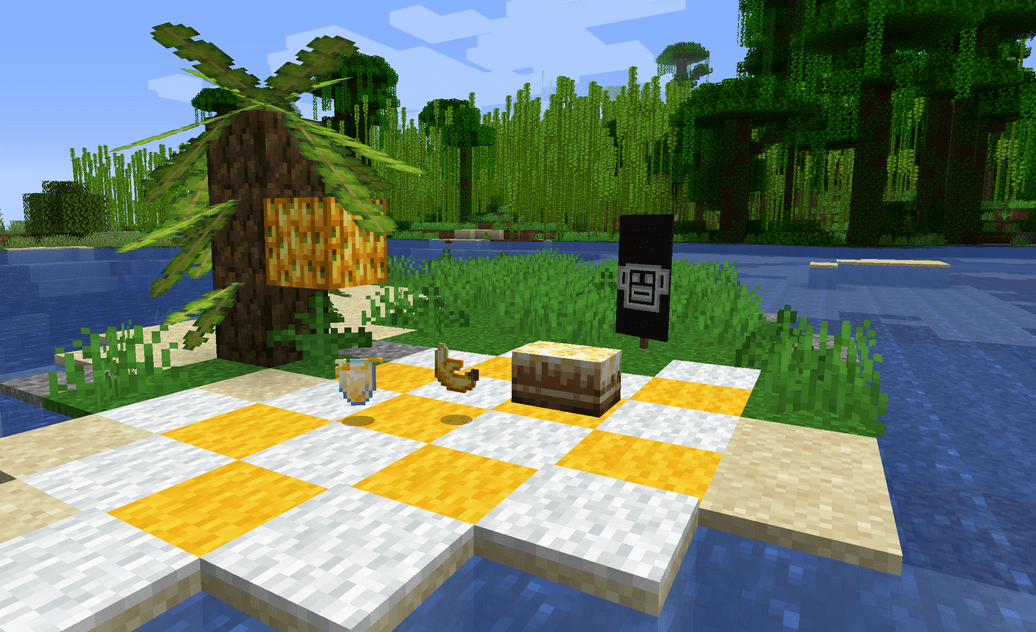 Banana plants can be found in jungles and beaches, putting the fronds on top of sand or gravel and having them exposed to the rain makes them grow into another banana plant. Bananas themselves allow you to climb all blocks when eaten. 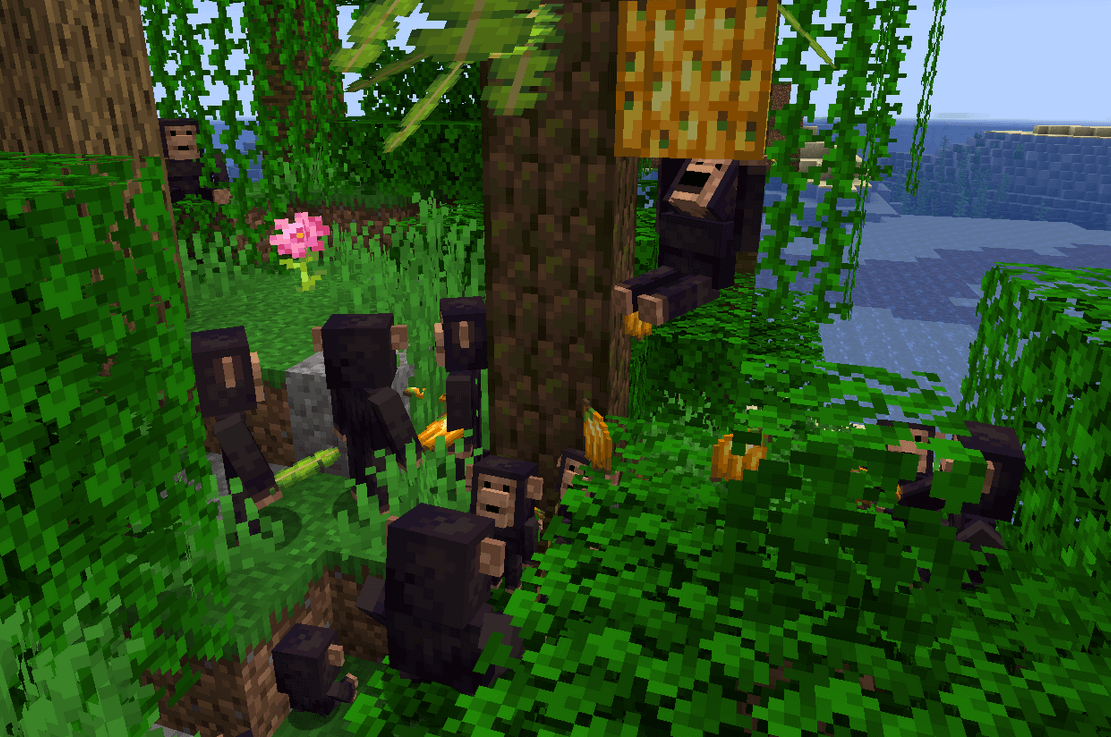 Large groups of chimpanzees can occasionally be found near banana plants in jungles. They can often be seen grooming each other and shaking the bundles of banana plants for food. Being curious creatures, they love interacting with various items and blocks. 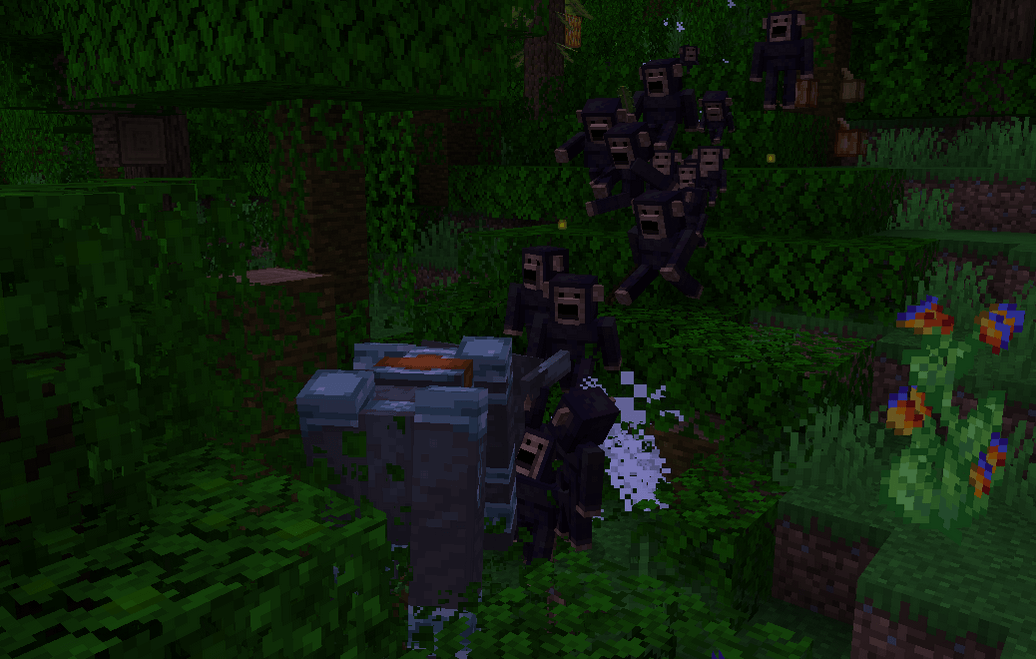 Chimpanzees will attack against anything that attacks them. Additionally, shooting a bananarrow (crafted with an arrow and a banana) at any mob will provoke chimps to attack it.