Akisephilas Bosses is a mod for Forge 1.16.5 that aims to expand upon Vanilla’s progression system using methods similar to Terraria. It adds 4 new bosses, 2 of which are Post-End, several new armor and tool tiers before and after Netherite, a new biome with custom music, and unique recipes for vanilla materials. 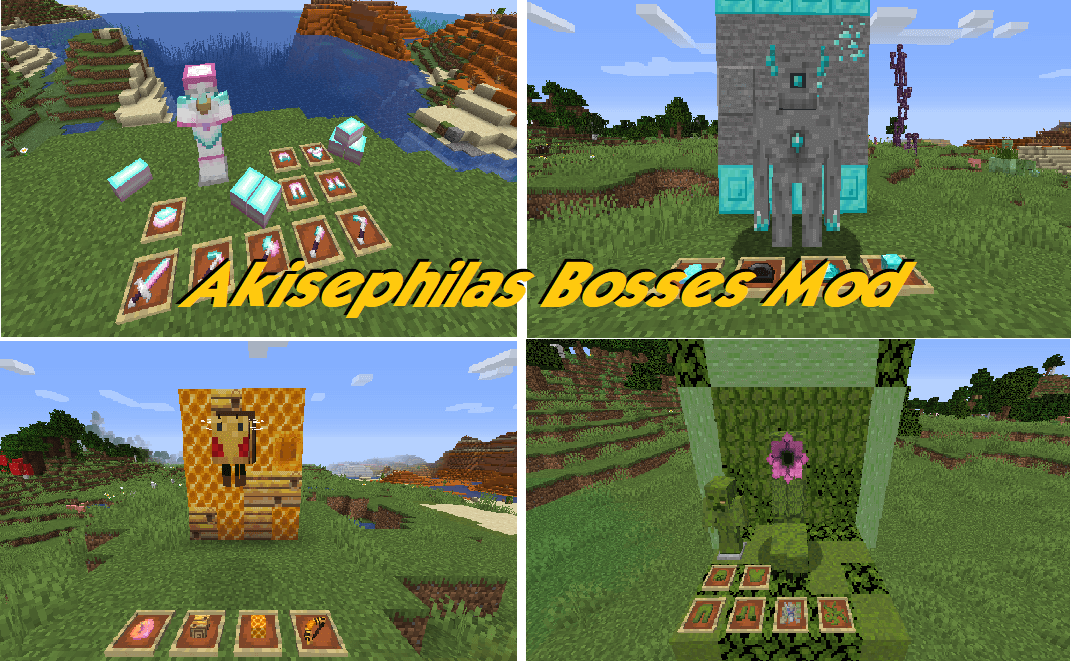 How to install Download Akisephilas Bosses Mod for Minecraft?

Follows 5 Steps below to install Download Akisephilas Bosses Mod for Minecraft on Windows and Mac :

Enjoy Download Akisephilas Bosses Mod for Minecraft, If there is an error, please comment on this article we will support.

ENEMIES
1. Possessed Armor
Possessed Armor will spawn in any dimension once the player has defeated the Enderdragon. When killed, it will drop a random Cosmetic item.

1. The Diamond Titan
The Diamond Titan is the first pre-enderdragon boss in this mod, and can be summoned by crafting a Life Gem or by finding a Titan’s Arena structure in the Plains biome and breaking the Jewel block in the centre. Its attacks inflict weakness and slowness, so the gear I recommend using is Rose Gold Armor. When low on health, the Titan gets a speed and strength boost, making it difficult to put more distance between it and yourself.
It has a chance to drop the following items:
– 1-6 Diamonds
– 1 Diamond Block
– 1 Depth Meter, which tells you your Y coordinate when right clicked and can tell you if you’re at the optimal mining level for an ore (This is currently not compatible with other mods)

2. CARRION
Carrion is the second pre-enderdragon boss in this mod, and can be summoned by finding a Carrion Hive underground, or by crafting a Biomass block and breaking it. When it kills something, it gains Regeneration. Carrion has 3 phases, Large, Medium, and Small, and if given the opportunity it will regenerate its health back to a previous phase.

3. Queen Bee
Queen Bee is the first post-enderdragon boss in this mod (Though many people have recommended I move the Queen Bee to pre-enderdragon), and can be summoned by finding a Large Bee Nest underneath Flower Forest biomes and breaking the Larvae block inside, or by crafting a Queen Egg. The Queen Bee gives the Poison effect when attacking, meaning you require Culminite armor to land any hits, as wearing a full set grants immunity to Poison. When low on health, Queen Bee gets a Speed and Strength boost.
Queen Bee has a chance to drop the following items:
– A Bee Bow, which can shoot arrows that deal poison to the enemy

4. Biollante
Biollante is the second post-enderdragon boss in this mod. It can be summoned by killing a Decoy Biollante, which will spawn in the Creeper Woods biome and Jungle biomes after the Queen Bee has been defeated.
It does not like being called Cloronog or Bob.
Every 35 seconds, Biollante will go into “Rooted” mode, where it cannot move and gains Regeneration. When exiting Rooted mod, it will spawn 3 Creepers. When below 200 health, it will no longer go Rooted and will instead gain constant Regeneration and a Strength boost. When below 100 health, it gains Speed 4.
Biollante has a chance to drop the following items:

– 16-32 Sulfurous Lichen, which can be used to craft Sneaky Gear
– 16-32 Gunpowder
– A random piece of Sneaky Gear, which makes you smell like a Creeper. 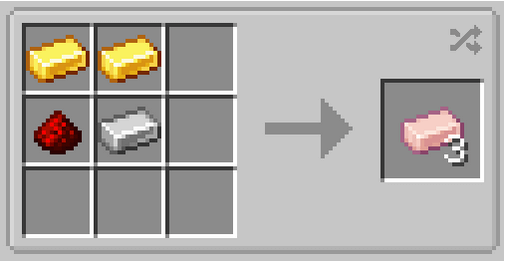 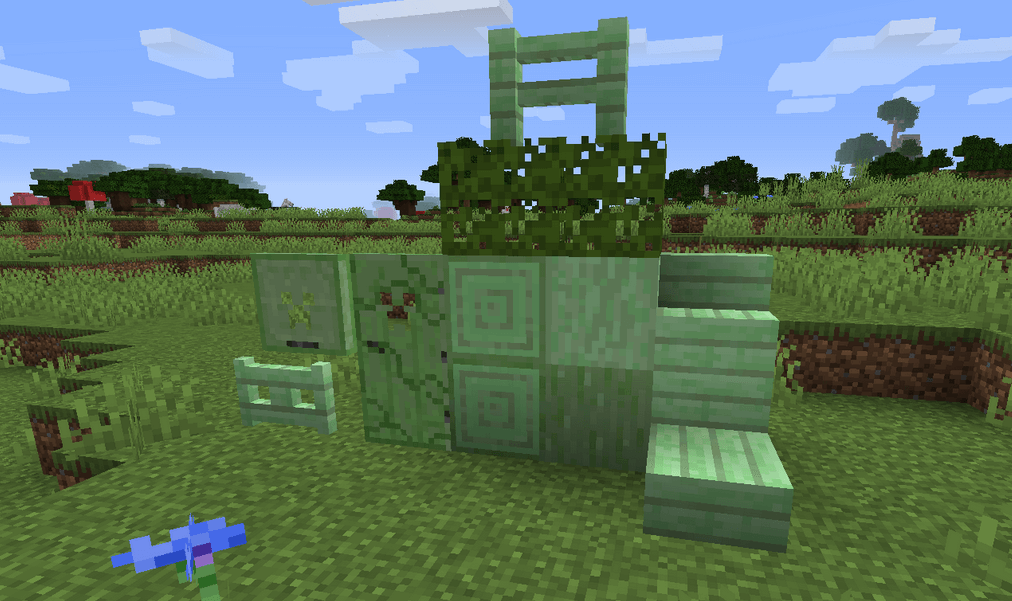 Orchestra Wood, made from Chorus Fruit 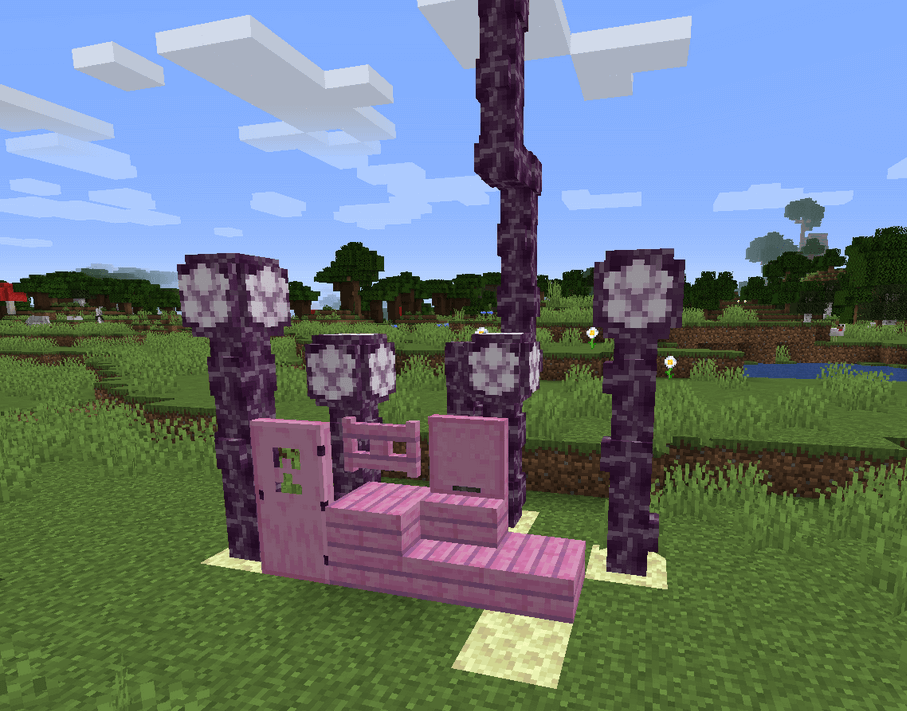 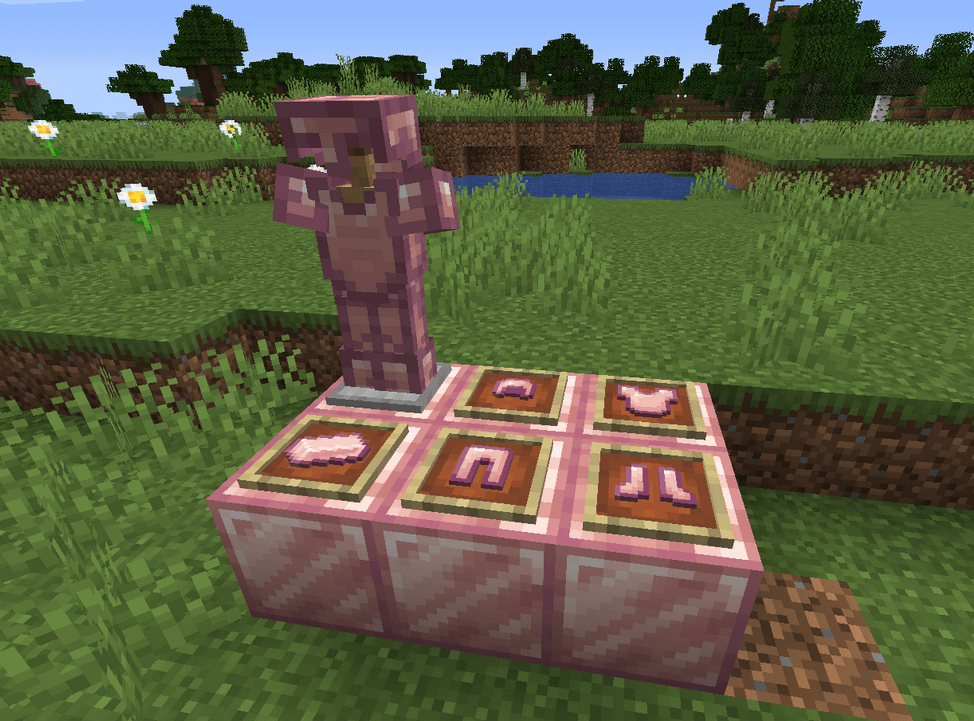 When a full set of Rose Gold Armour is worn, the player will be immune to the Weakness and Slowness debuffs. 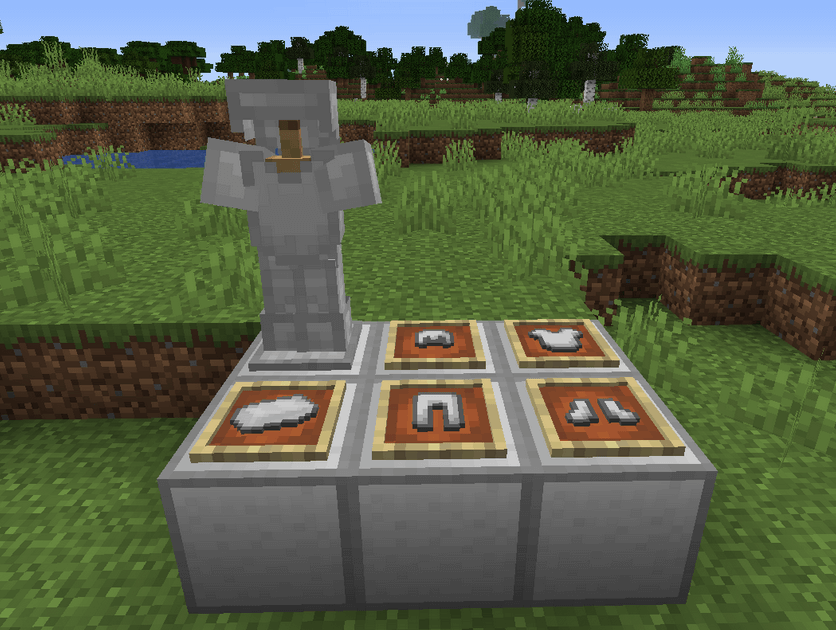 Represium is a new material obtained through fishing. It can be used to upgrade one armour type to another. 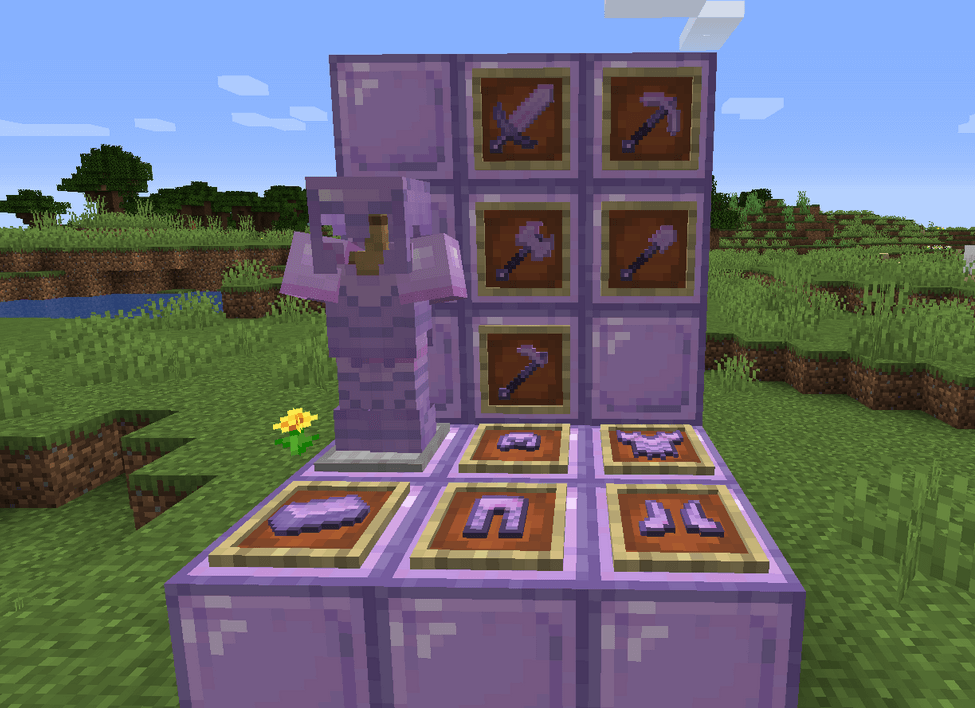 Culminite is a new ore that generates in the End dimension, and can be used to upgrade Netherite. When a full set is worn, the player will be immune to Poison, and can hover above the void (But don’t go jumping in all willy-nilly) 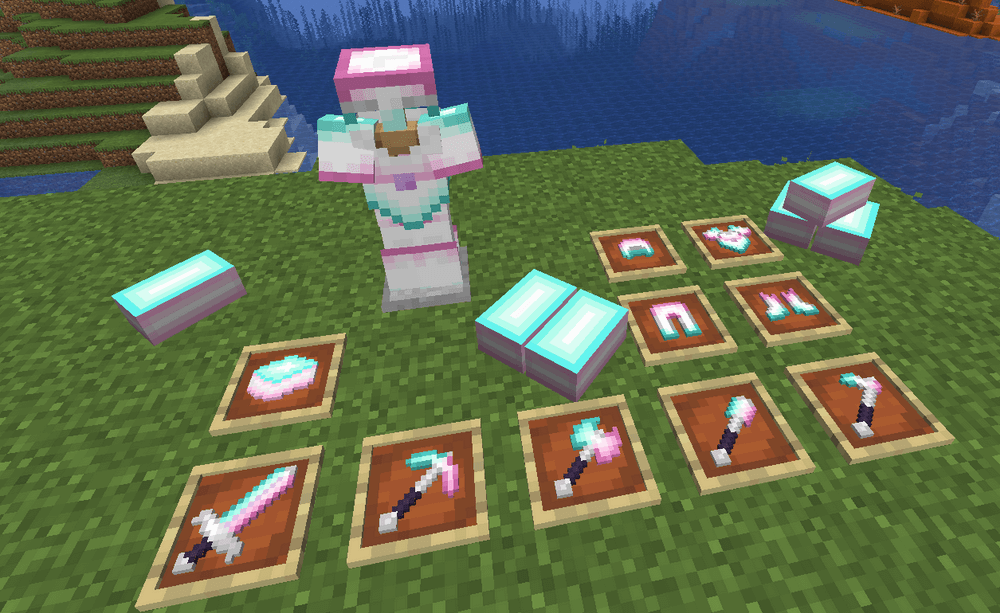 Tier above Culminite. Alternative to Dracidic Armour, for people who like bright armour sets. Grants immunity to the Wither effect. 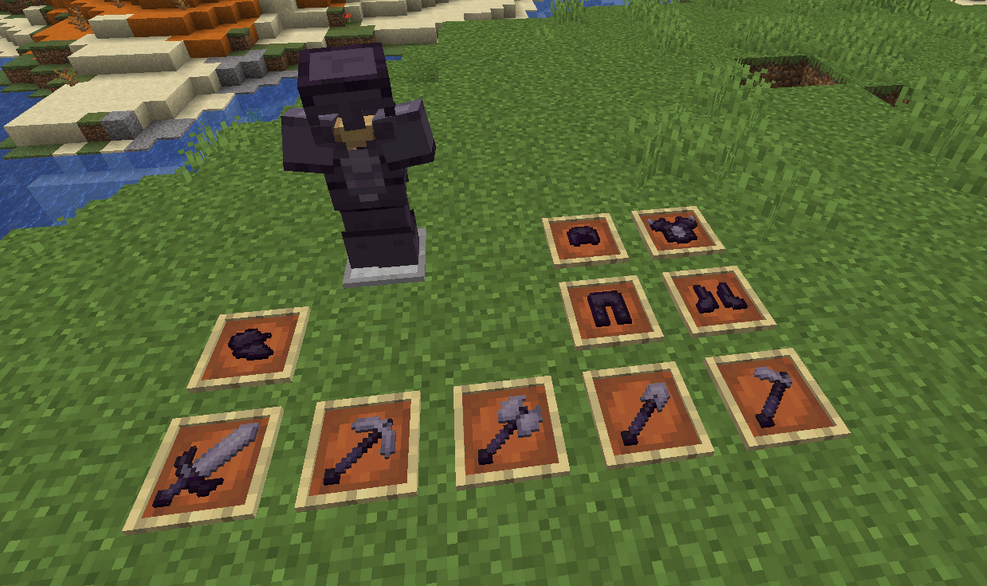 Tier above Culminite. Alternative to Transmodium Armour, for people who like dark armour sets. Grants immunity to the Wither effect. 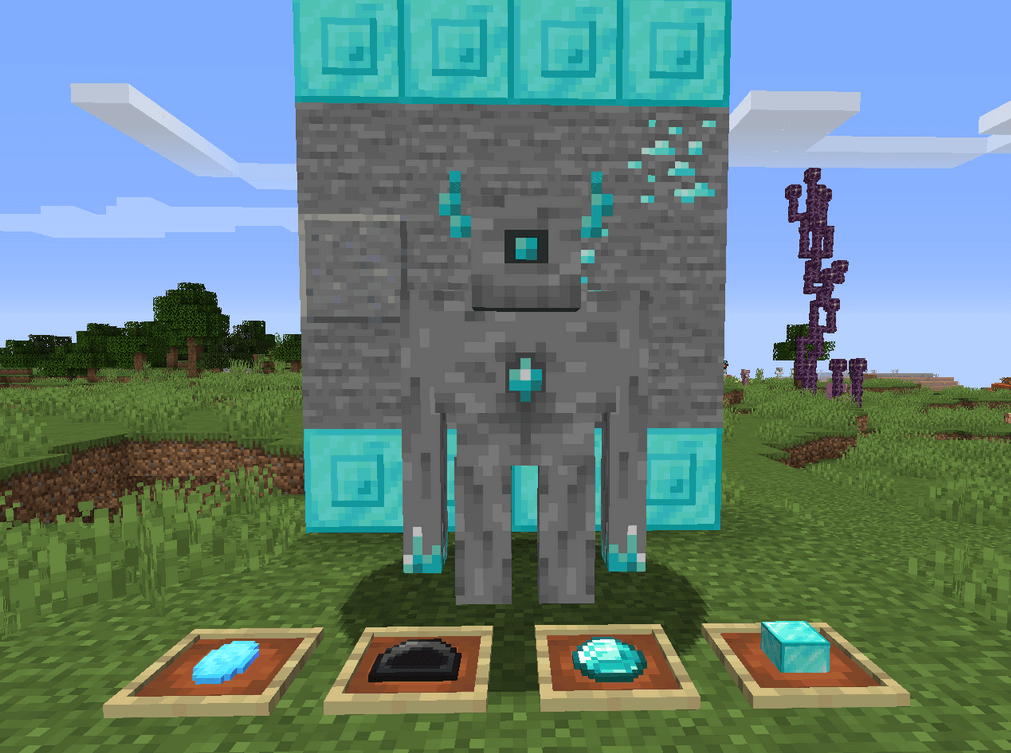 The first boss. Can be summoned using a Life Gem or by breaking a Titan’s Jewel, which generates in an Arena Structure in the Plains biome. Ideal armour set to use for this fight is Rose Gold. 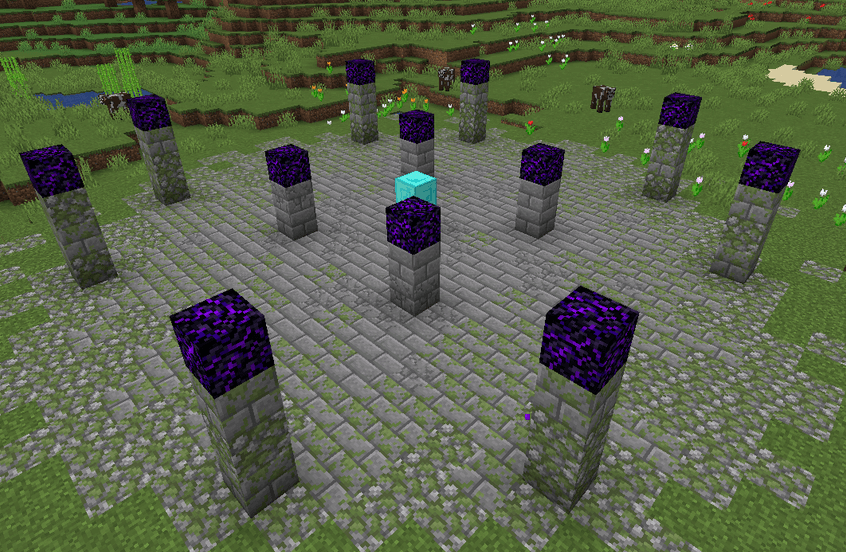 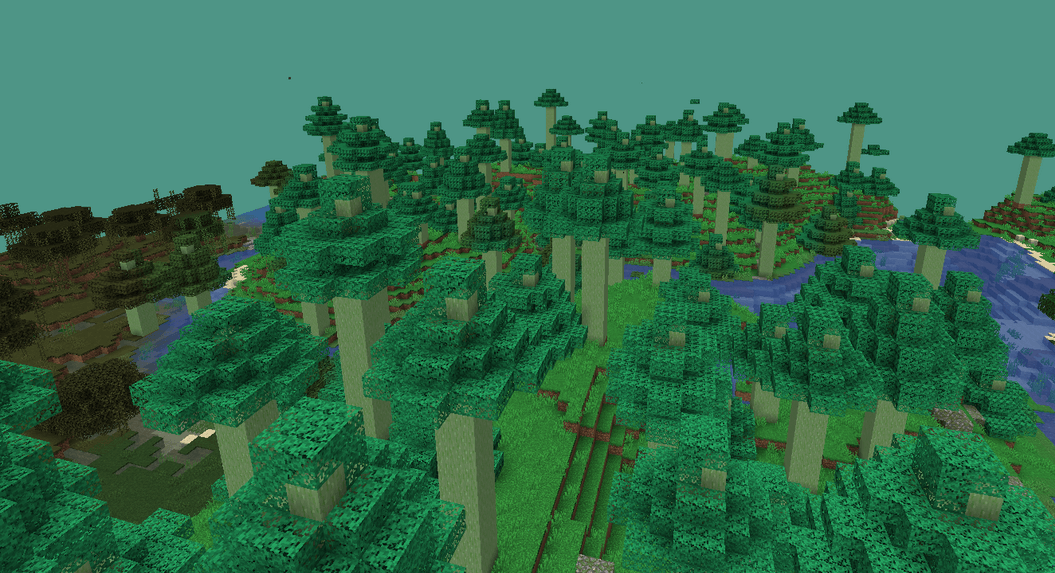 A biome where the only monster that can spawn is the dreaded Creeper. The wood here has grown resistant to their explosive behaviour over time. 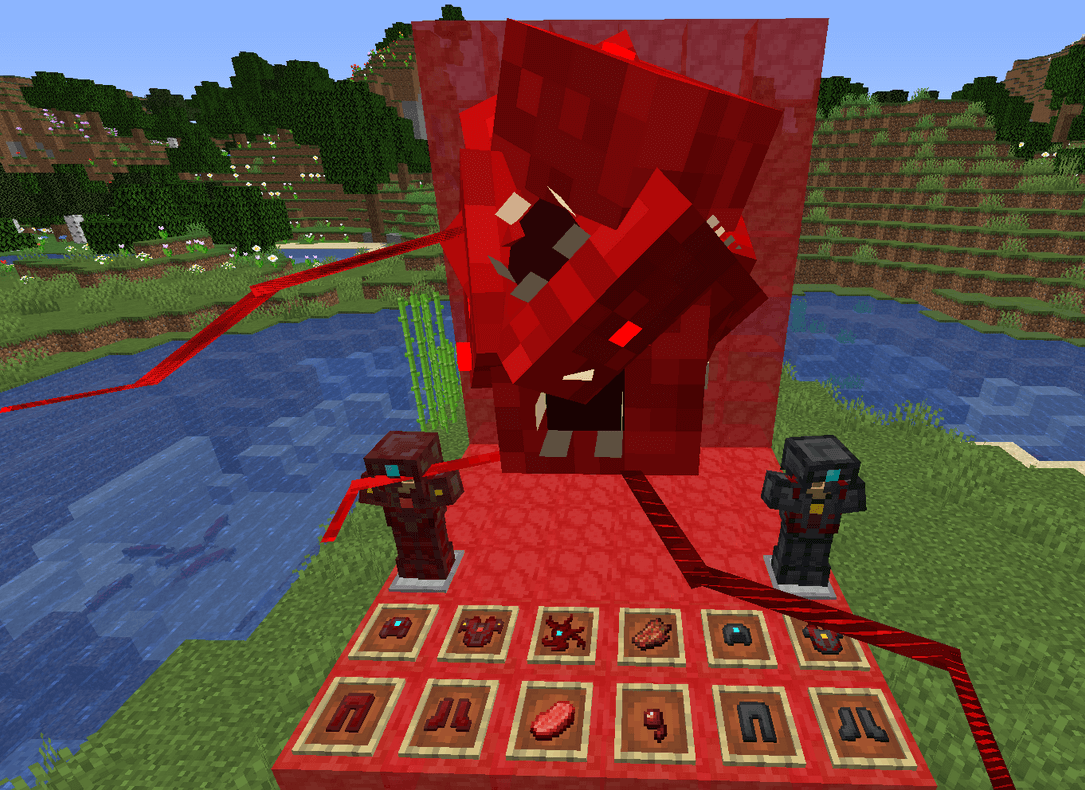 The second boss. Summoned by destroying a Biomass block, which can be found in hive crevices underground. 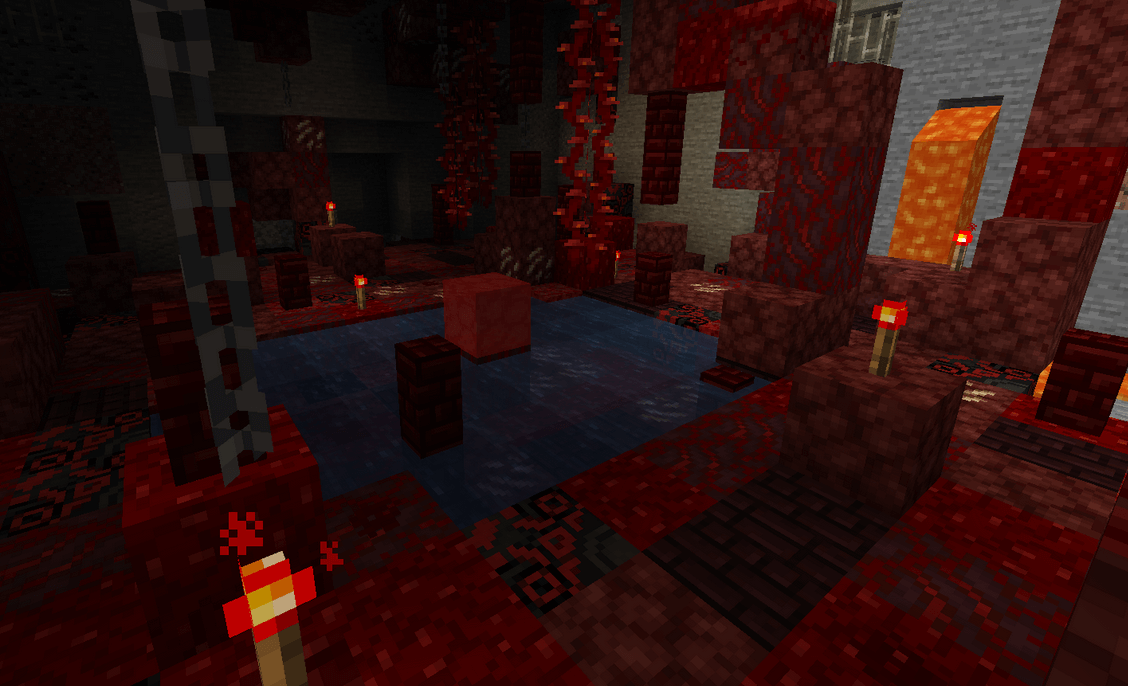 Home to the perfect organism… 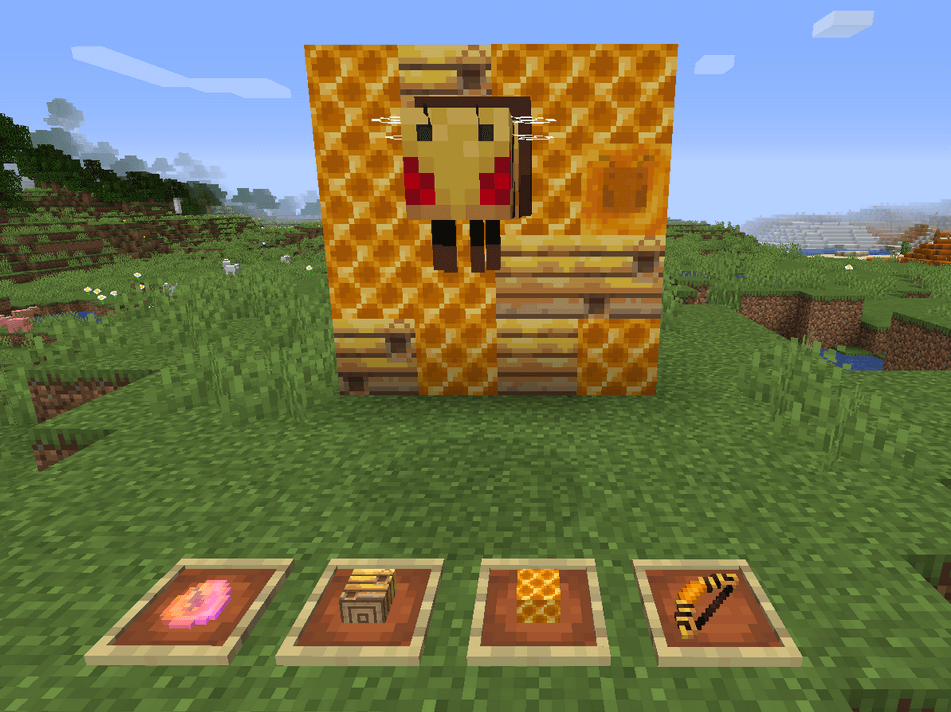 The first Post-Enderdragon boss. Summoned by breaking a Larvae block or by using a Queen Egg item. The Larvae can be found in large Bee Hive structures underneath Flower Forest biomes. Recommended armour set: Culminite. 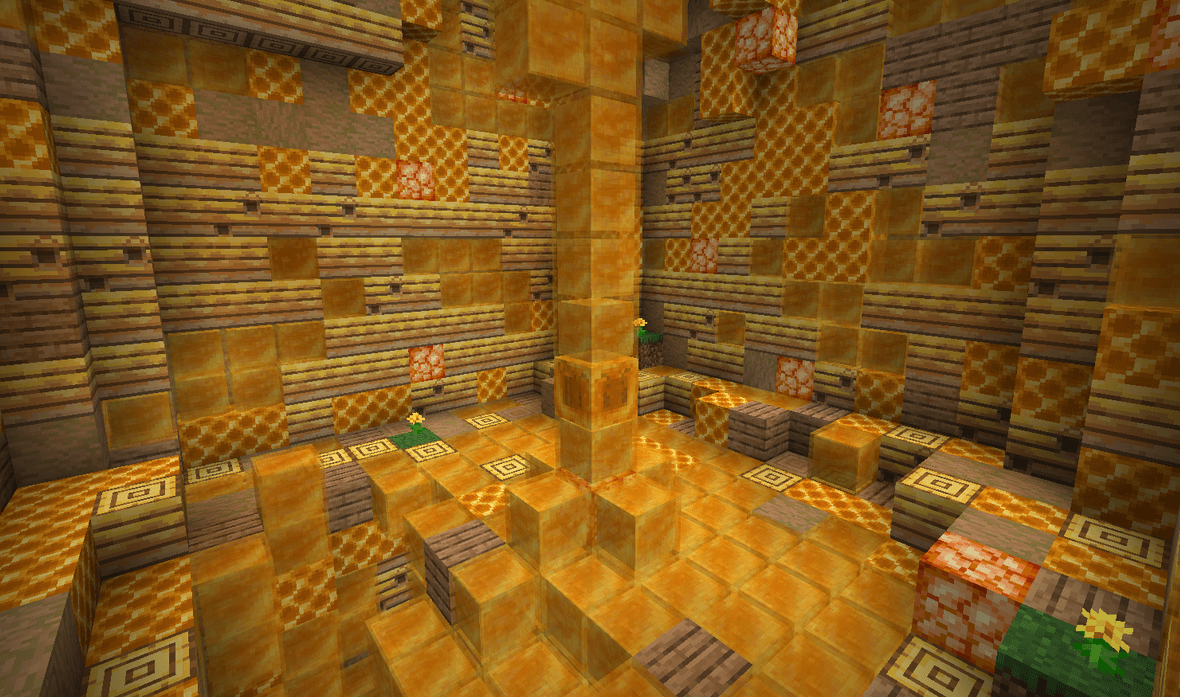 An underground beehive, where a Larvae block generates. This structure can be found underground in the Flower Forest biome. 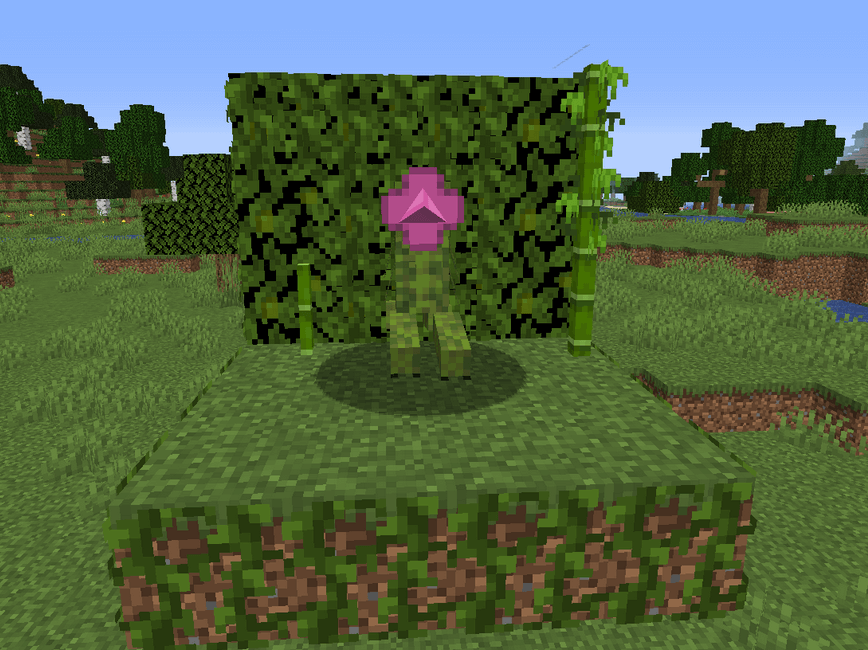 Spawns in Jungle biomes and the Creeper Woods after the player has defeated the Queen Bee. 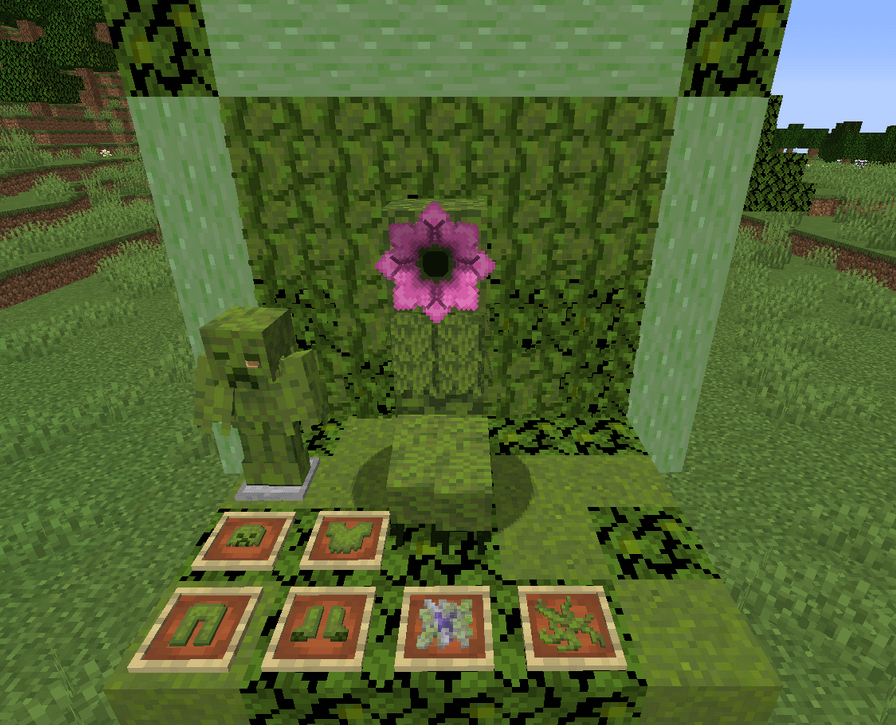 Summoned by killing a Decoy or using a Creepy Plant item. Doesn’t like being called “Bob” or “Cloronog”. 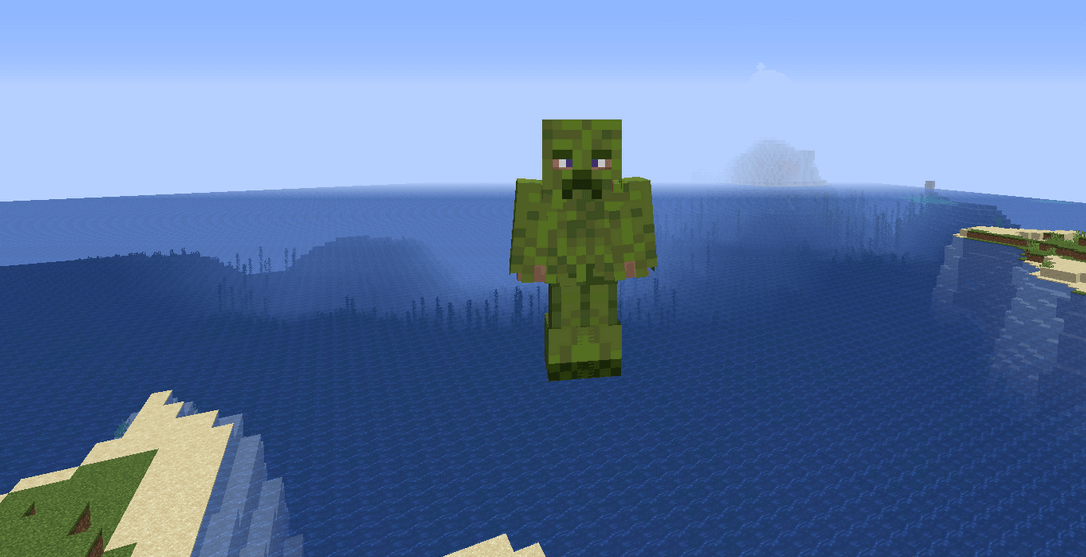 Crafted using Sulfurous Lichen and dropped by Biollante, wearing a full set of Sneaky Armour makes you smell like a Creeper. 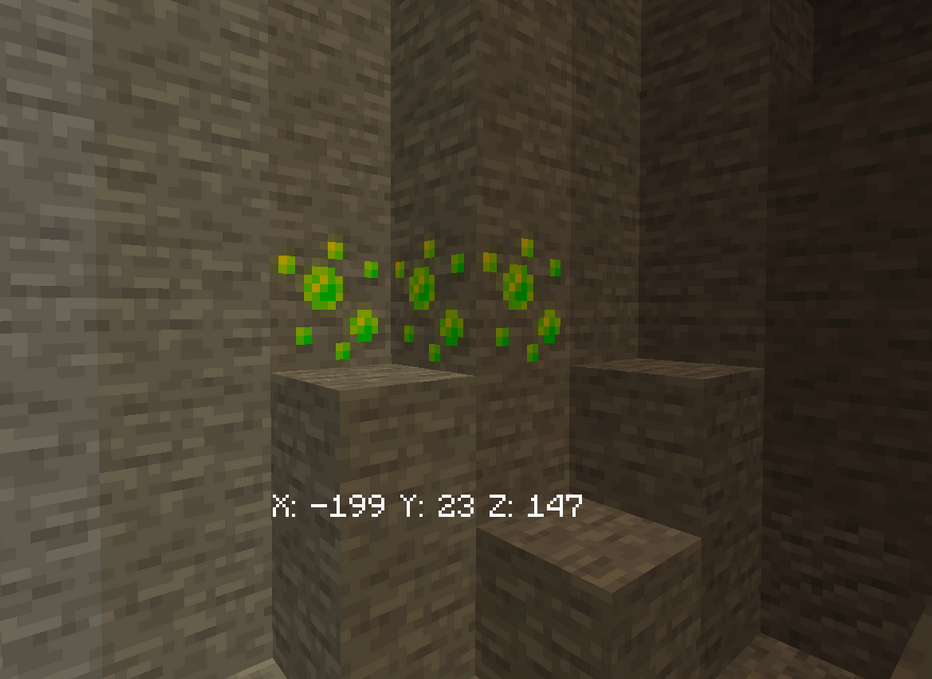 When mined, it gives a decent amount of experience that increases with Fortune enchantment.

Congratulations on successfully installing Minecraft Forge and experimenting with Akisephilas Bosses Mod for Minecraft downloaded.
If there are errors, please comment on this article.