Regrowth Mod, a newly designed mod that is set to release on July 4th introduces the ability for animals and monsters to consume surrounding plants. Once animals are healed from eating these plants, the grass will be able to regrow as well. This not only creates an interesting gameplay mechanic but also helps villages grow and prosper. 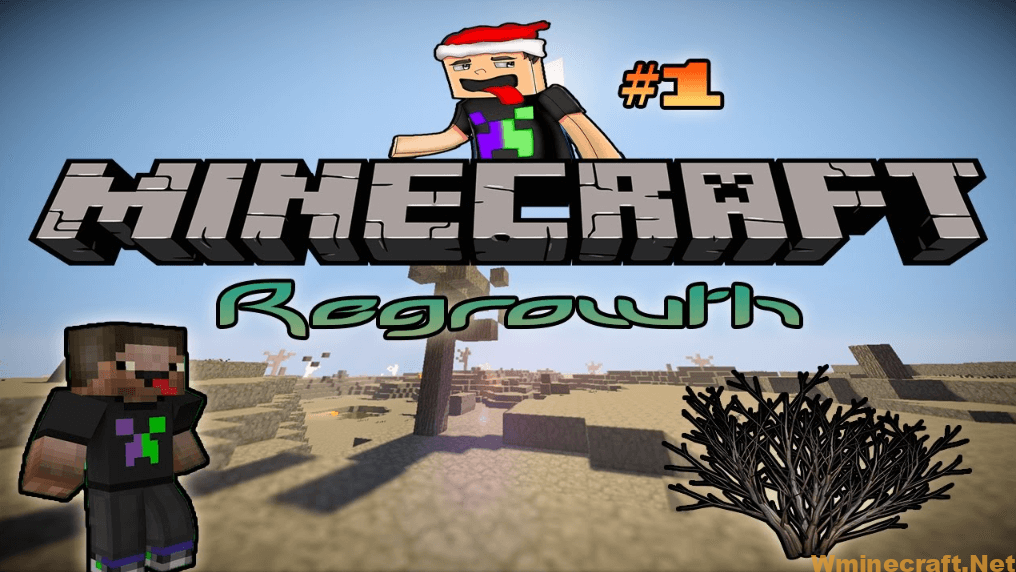 Follows 5 Steps below to install Download Regrowth Mod for Minecraft on Windows and Mac :

Enjoy Download Regrowth Mod for Minecraft, If there is an error, please comment on this article we will support

Customize Regrowth to your liking. As a single player, server operator or map designer you can turn features on and off- deciding which animals will consume plants (including modded creatures), grow them back OR do both! You also have the option of changing timing so things happen less often – like only after seconds pass by in easy-to understand increments between events… There are solid debugging tools available for developers who want an edge when developing their configuration.”

The game offers a wide range of customization options to make sure that you are able control every aspect and detail within your villages. If it’s not what the player wants, they can turn off any features easily with just one click!

When you configure a creature to eat plants, it will eat a single block of short grass, short ferns, short flowers or double high/tall grass or flowers which are on grass blocks.

If you have configured healing to be on, creatures will heal a half heart of damage when they eat.

If a creature is child, gets a small aging boost.  This should work for modded creatures too that use standard forge and minecraft base classes.

Horses, Donkeys, and Mules only eat while they are in their eating animation.

After an animal eats, sometimes the grass will turn to dirt.   If a pen is too crowded, eventually all the ground will be dirt.

When you configure a creature to grow plants, it will causes a fertilization event on a bare grass block just as if a player used bonemeal.

When you configure a creature to do both,

the creature will “Eat” plants if on a grass block with plants.

When you configure a creature to grow Tall plants, it will grow short grass into tall grass.  By default, Creepers do this.

When you configure a creature to stumble, it will occasionally kick over torches on the ground.  By, default Zombies do this.

If you want the effect to be more aggressive, lower the time from 60 seconds to 3or 6 seconds.

If you are upgrading, you’ll need to manually add “stumble” lines to the configuration file.

When you configure a creature to grow Mushrooms, if it is in an large underground space on stone (including any modded stone tagged as BASE_STONE_OVERWORLD), it will occasionally try to grow a giant mushroom.  By default, Skeletons do this.

If you want the effect to be more prolific, lower the time from 60 seconds to 3or 6 seconds.

If you are upgrading, you’ll need to manually add “mushroom” lines to the configuration file.

When a creature (default: pigs) is in a biome with trees, it will occasionally plant saplings matching local trees.  In roofed forests, this is oak saplings.  It won’t plant them close to other saplings or trees.

Villagers have a set of flags instead a single command.   By default, all flags are on now.  This looks like “crwlptv” by default (tho the order doesn’t matter).

You can configure villagers to do none, some or all of these actions. 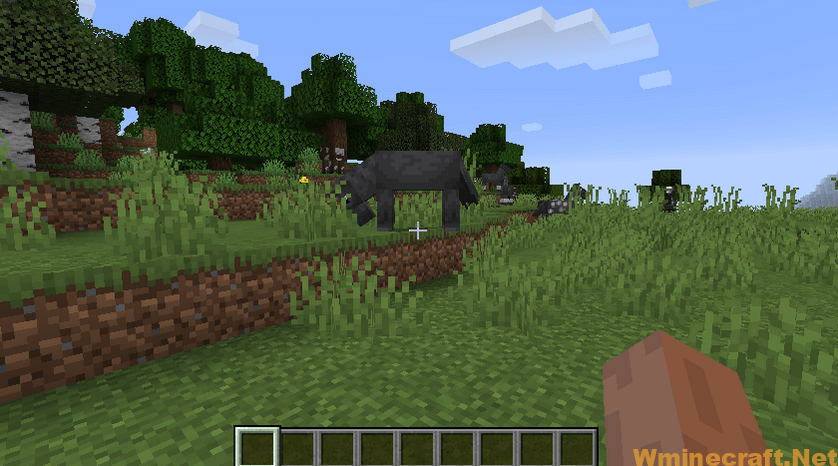 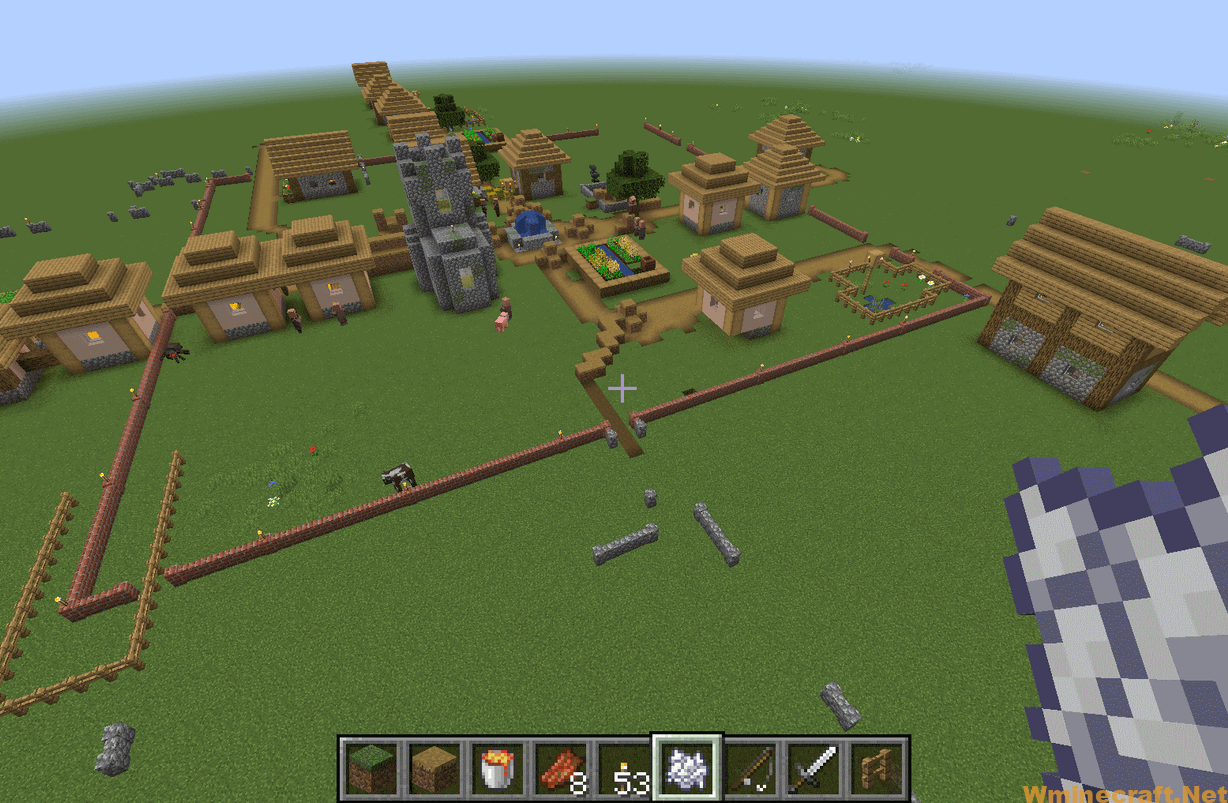 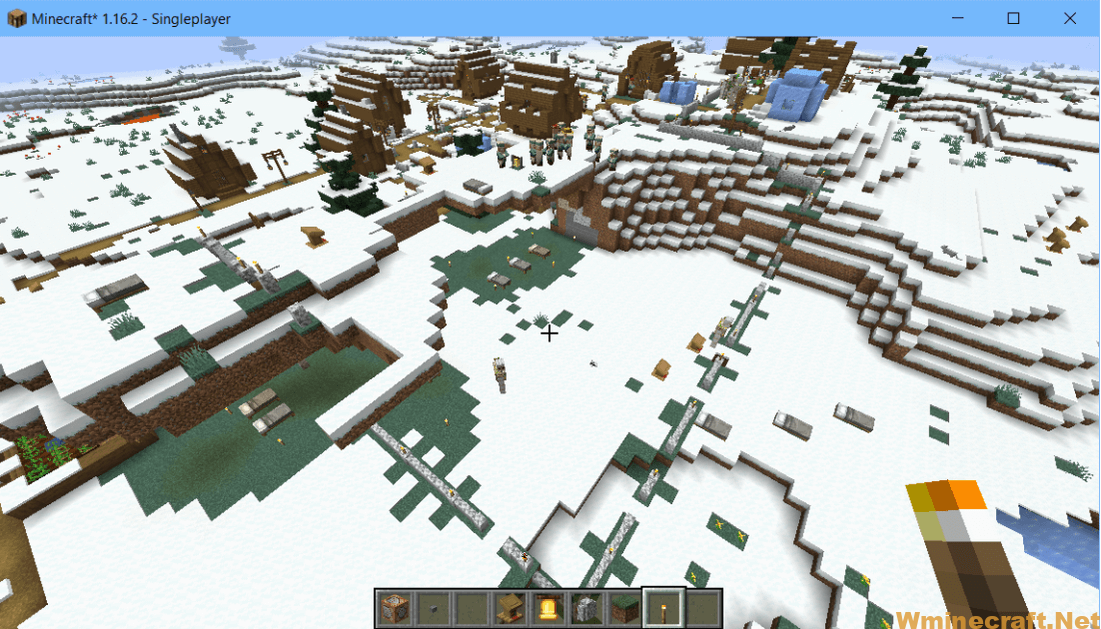