If you’re like most Minecraft players, you probably spend a lot of time in your workbench. It’s one of the most important aspects of the game, and it’s where you’ll do most of your crafting. The Fast Workbench Mod 1.18.2, 1.17.1 makes the workbench faster and causes less network traffic, so you can get back to playing the game faster! 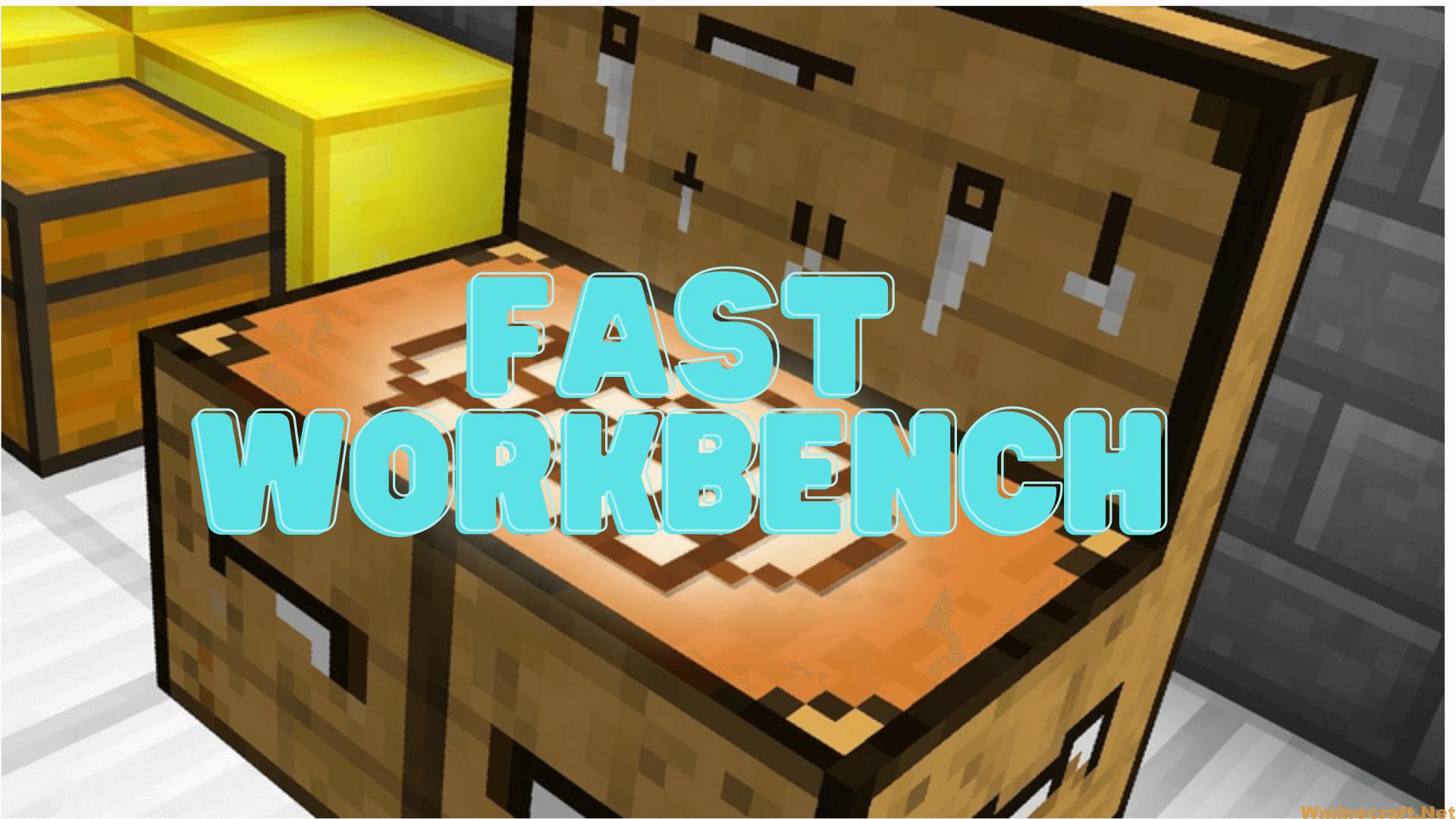 How to install Download Fast Workbench Mod for Minecraft?

Follows 5 Steps below to install Download Fast Workbench Mod for Minecraft on Windows and Mac :

Enjoy Download Fast Workbench Mod for Minecraft, If there is an error, please comment on this article we will support

Any mods not utilizing WorkbenchContainer should probably be performing these optimizations on their own already – they are fairly trivial to add.

FastWorkbench causes all crafting operations to cache the last recipe used.  On top of this, it reduces calls to that cached recipe, by only detecting changes when the stored item in the crafting matrix actually changes (vanilla retries every time anything changes, such as stack size).  This results in the number of matching operations being reduced to one, instead of anywhere between one and nearly 600.

Back in 1.12, FastWorkbench fully removed the recipe book, which meant recipes were no longer forcibly synced on login so that the client could see them in the book.  This resulted in a huge boost in login times. In 1.13 and higher, the recipes are synced anyway as part of the new recipe system. In these versions, FastWorkbench visually removes the recipe book button by default, but it can be configured back on.