The Cold Snap Horde Mod inspires fear into players with the introduction of a folktale that everytime one shakes the mysterious snowball, they’ll encounter some of the most terrifying snowmen. The Horde is benevolent and hostile as their sole purpose is world domination. To hinder their endeavors, players must be the front defense to these evil creatures. Gather prerequisite equipments and rise up to them. While powerful united, they’re just mere snowman and can be easily defeated through utility of fire equipments.” 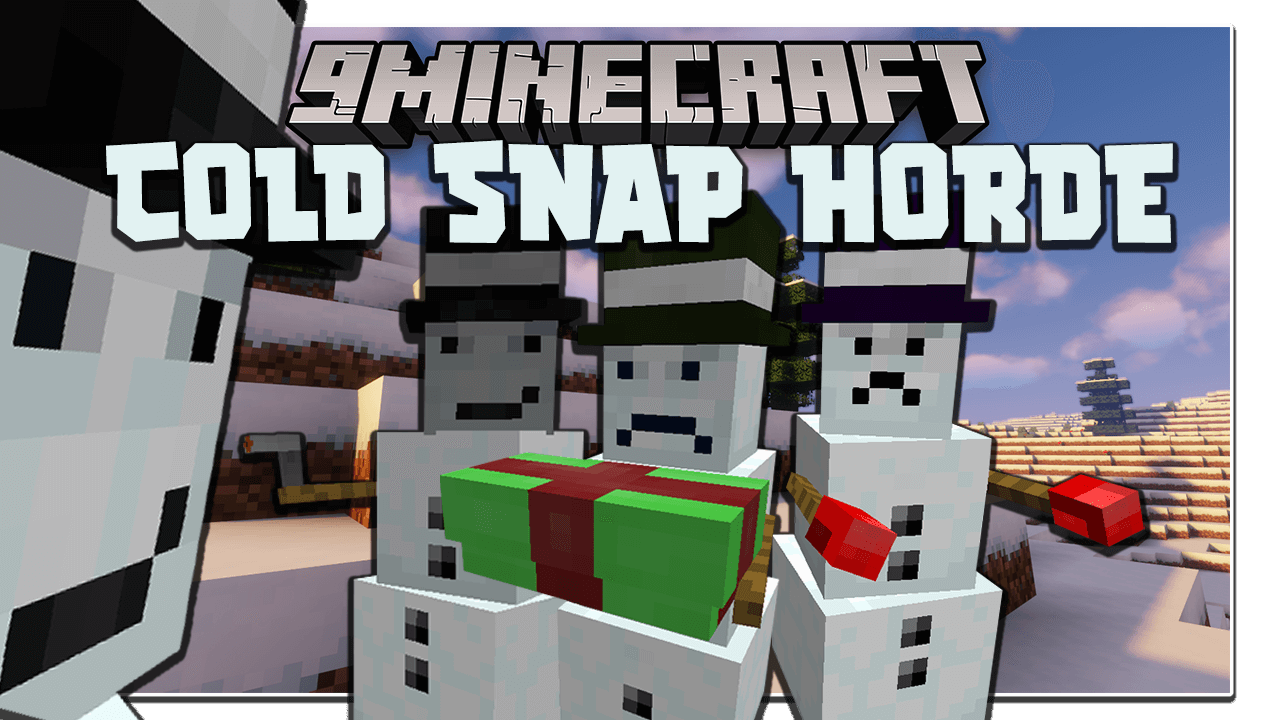 How to install Download Cold Snap Horde Mod for Minecraft?

Follows 5 Steps below to install Download Cold Snap Horde Mod for Minecraft on Windows and Mac :

Enjoy Download Cold Snap Horde Mod for Minecraft, If there is an error, please comment on this article we will support.

The Snowman Gunner wields a small toy gun that fires coal at unsuspecting victims. He aims for the eyes of victims, sometimes blinding them for a short while. The snowman gunner would be an outstanding marksmen, if he had something better than coal for eyes.

The Snowman Stabber manically runs around with a knife, stabbing villagers, players, and golems alike. When they stare into the eyes of their victims, their cold, emotionless expression can make some feel unwell.

The Snowman Snowballer takes a traditional approach. Like their counter part snow golems, they stick around and throw snowballs at their foes. Unlike snow golems however, the Snowballer fills their snowballs with small rocks, and throws at a faster rate. One bad hit can disorient you briefly.

The Snowman Gifter never really enjoyed the holidays. He tricks his victims into thinking he is handing out jolly presents, but what’s inside the present? Something bone chilling.

The Snowman Zapper is a resourceful snowman. He takes what he can from his surroundings and makes small devices that smite his foes a few seconds after being placed!

The Snowman Brawler is an angry fellow. He throws his targets out into the distance with a hefty punch

Rarely, these snowmen will drop frost shards. These can be used to infuse snowballs with a little bit of magic energy, or be used later on to replicate one of the snowman’s hats.

If you are wearing one of the snowman’s top hats, they will not attack you. Just be careful not to take it off in front of them, they won’t be fooled by you putting the hat on in their sight. 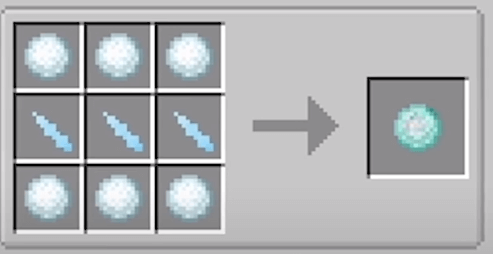 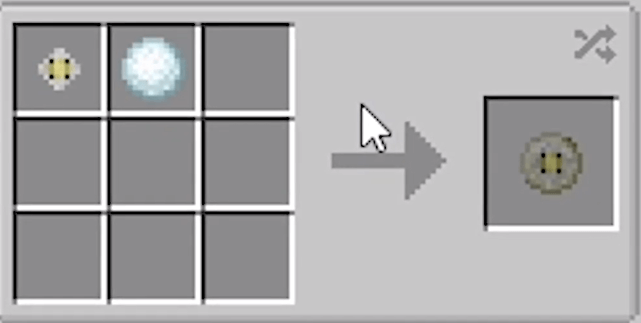 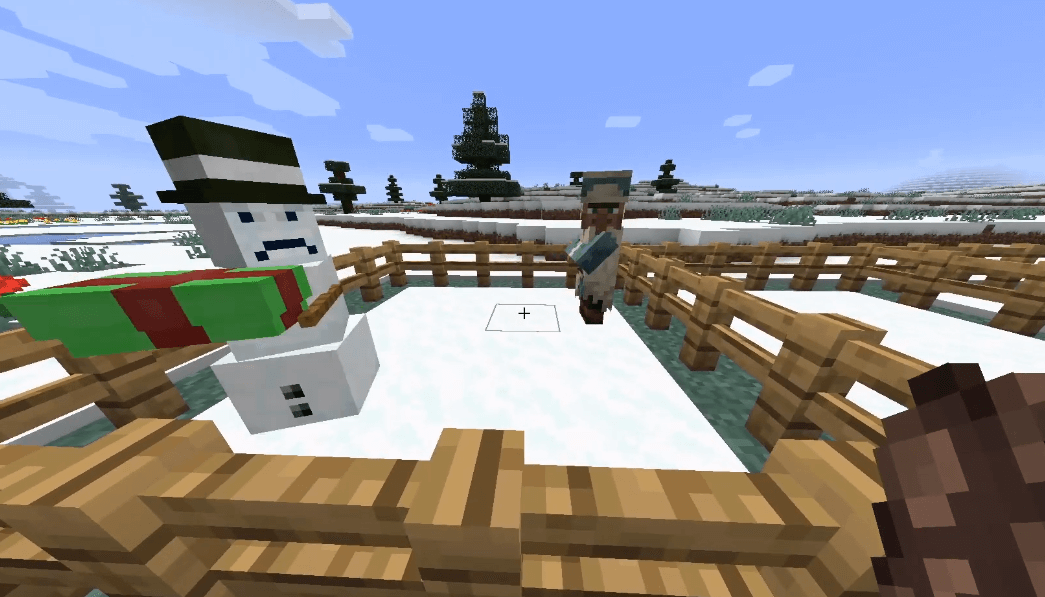 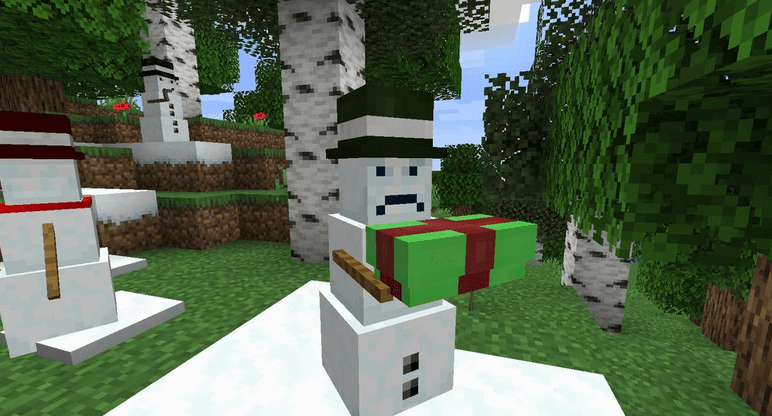 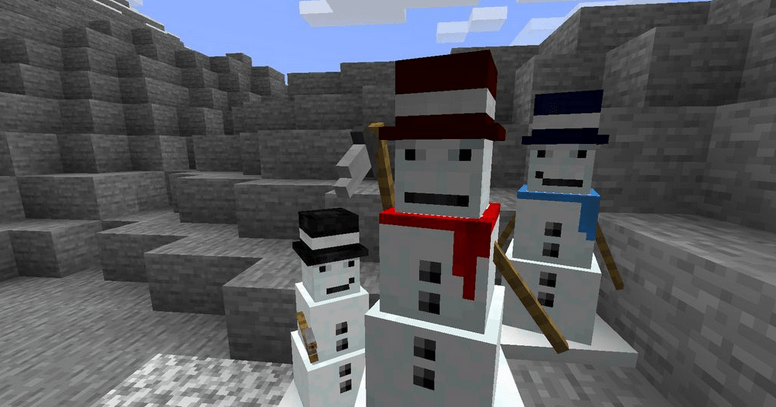 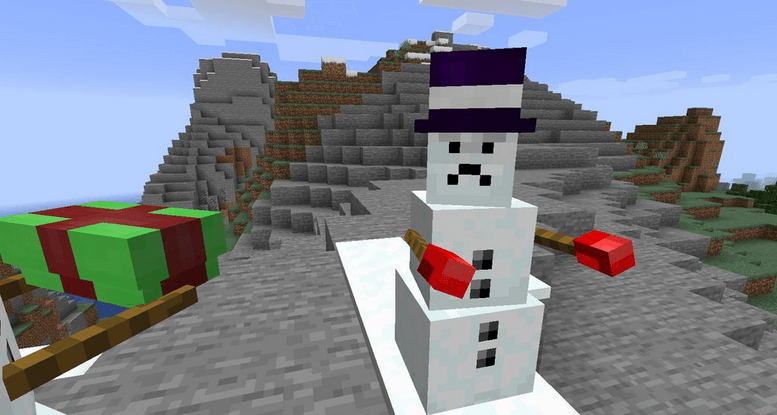 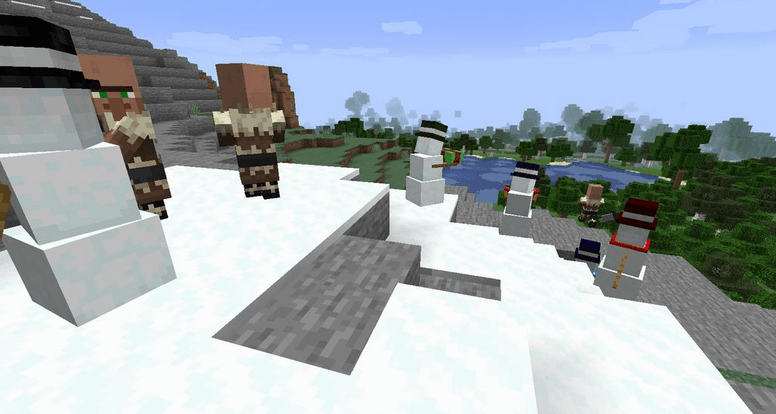 Congratulations on successfully installing Minecraft Forge and experimenting with Cold Snap Horde Mod for Minecraft downloaded.
If there are errors, please comment on this article.